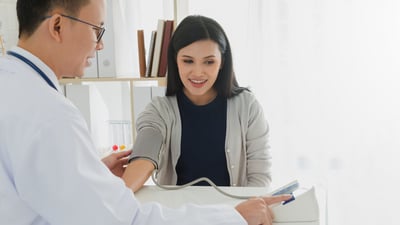 What is LADA? How is it diagnosed and treated? Read on to learn more and hear from people living with LADA

It is not possible to predict how quickly people with an autoimmune form of diabetes become insulin dependent. Individuals with LADA can generally produce enough insulin for six months to multiple years before insulin therapy is required.  Research has shown that age plays an important role – the older you are, the longer your body can preserve its beta cells and insulin production. For example, a 5-year-old diagnosed with autoimmune diabetes will typically require insulin sooner than a 30-year-old.

How is LADA diagnosed?

Healthcare professionals use a blood test to see if someone has LADA. Because LADA is an autoimmune condition, individuals with LADA usually test positive for at least one islet autoantibody (a protein produced by the immune system). Your healthcare professional can use a blood test to check for autoantibodies to GAD, IA-2/ICA512, insulin, and ZnT8. These tests vary in cost depending on your insurance coverage.

T’ara Smith of Beyond Type 2 recounts, “Before my LADA diagnosis, I noticed my metformin and long-acting insulin treatment weren’t as effective as, let's say, months before. Several weeks before my official diagnosis, my blood sugar spiked to over 400 mg/dl – the highest number since I was diagnosed with type 2 diabetes a couple of years earlier.” Accordingly, she said, “I saw an endocrinologist who guessed I had a form of type 1 diabetes. She ran an autoantibody test to confirm that I had LADA.”

Mike shared at length about how stigmas and stereotypes about type 2 diabetes contributed to his incorrect diagnosis. “The phrase ‘Your Diabetes May Vary’ has never been more true when it comes to life with LADA. I attribute my situation to my being a big guy with a family history of diabetes, who fit the mold of what my doctor and society at large believe a person with type 2 diabetes looks like.”

How should I manage LADA?

LADA can usually be initially managed through diet, exercise, weight loss if appropriate, and taking a typical first-line type 2 diabetes medication, such as metformin.

Regardless, as LADA progresses, the pancreas gradually loses its ability to make insulin. Insulin therapy becomes necessary, as with type 1 diabetes. Continued monitoring of blood glucose levels is important to determine when insulin therapy should be started. Once managing your blood sugar becomes difficult despite oral treatments, exercise, and diet plans, ask your healthcare professional about starting insulin therapy.

Cherise Shockley, diaTribe’s very own Community Manager, was lucky to have a doctor who recognized LADA early on. In reflecting on her own diagnosis in 2004, Cherise’s endocrinologist told her, "I cannot tell you when you will require insulin, but you will need it. You might need it six months from now or four years from now; I do not know."  Cherise said that she knew she needed to be on insulin when she was taking a full dose of metformin, walking for long periods, and eating salads for dinner, and yet her blood sugar would not drop below 200 mg/dl.

A personalized treatment plan is key to managing your diabetes! Share this article with your healthcare professional if you think you may have been misdiagnosed.