Living with diaPride: Celebrating Those with Diabetes in the LGBTQ+ Community 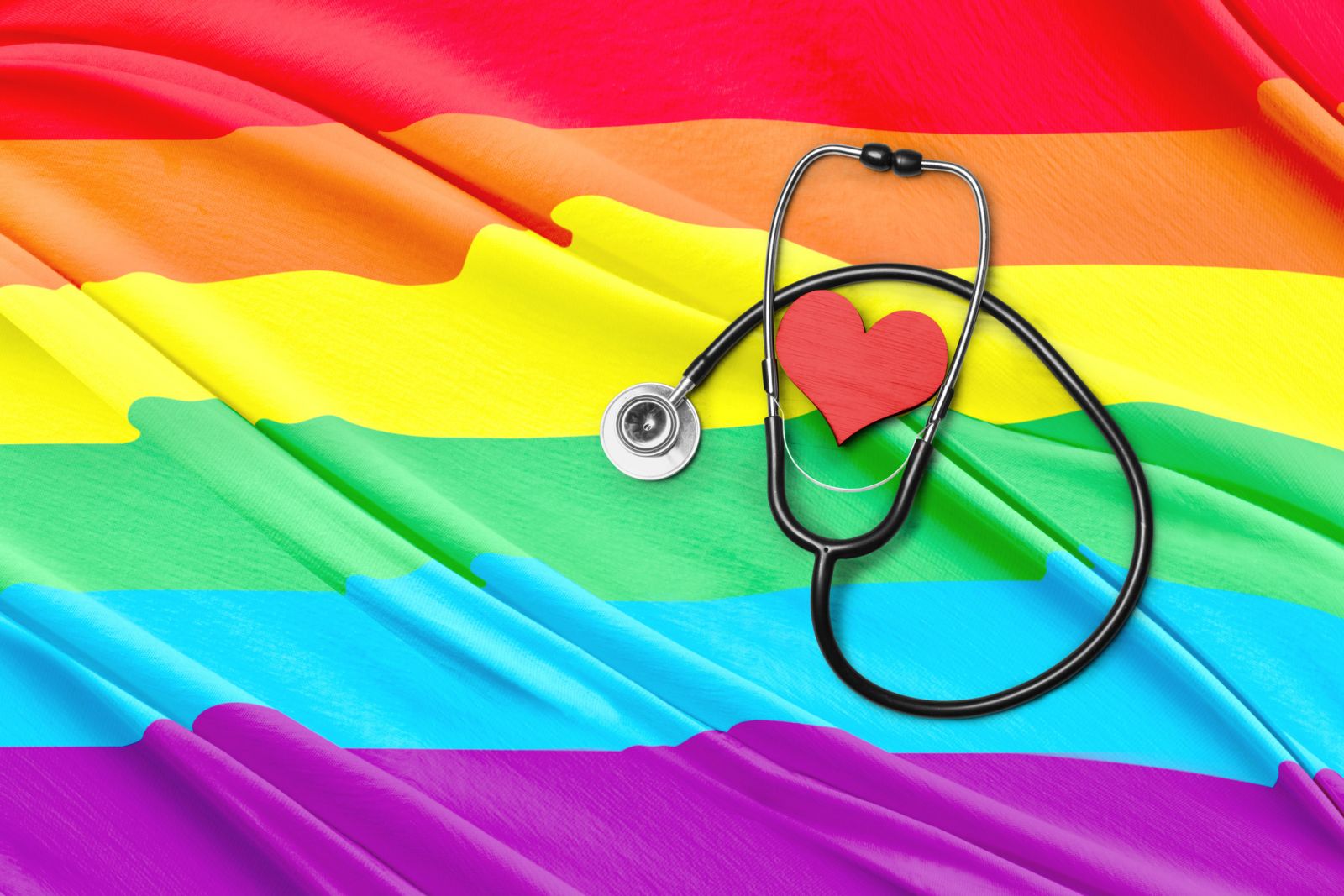 At diaTribe, we want to celebrate those in the LGBTQ+ community who are also living with diabetes. In this article, we spotlight Nia Grant. Hear about the highs and lows she has faced as well as her advice for others

June is LGBTQ+ Pride Month – a time to celebrate living life openly and honestly. For many people, being a part of the LGBTQ+ community is an important part of their identity; however, it is not their only identity. At diaTribe, we want to celebrate those in the LGBTQ+ community who are also living with diabetes. We interviewed Nia Grant, who has been living with type 1 diabetes since 2007. Having worked in several professions and traveled around the world, Nia has gained a wealth of experience in living openly with diabetes and as a member of the LGBTQ+ community. She plans to continue living her life to the fullest and helping others with diabetes advocate for themselves so that they may navigate their own adventures. She filled us in on her experiences with being a gay woman with diabetes, and how she navigated these identities.

Nia: I was diagnosed with diabetes on March 10, 2007, when I was a senior at Spelman College. About two weeks before spring break, I started feeling really tired and was waking up in the middle of the night to run to the bathroom constantly. I shrugged it off as stress and decided to still go on vacation. While on vacation I kept getting worse until one day I woke up vomiting. My aunt took me to the hospital. After they ran tests, the doctor came back and said, “So how long have you had diabetes?” At first, I thought there was no way. But he said that there was no question that I had type 1 diabetes; my blood sugar was in the 900s, so I would need to stay at the hospital for a few days. My immediate reaction was, “Can you tell my mom? Because she is not going to believe me.”

After that, I would say it took a good three years for me to be comfortable with the fact that I had diabetes. I didn’t know anybody my age who had diabetes. For a while I was floundering around, but then I found the internet; I found some Facebook groups, made virtual friends, and saw that they were all out living life proudly and successfully with diabetes. It took those three years of trying to understand my diagnosis and meeting others before I was able to say, “I can do this.”

Matthew: That is such an amazing story, it sounds like you came a long way in those three years. Now, when did you come out as part of the LGBTQ+ community?

Nia: I have known I was gay since second or third grade. I lived in a small, isolated area, and there were not a lot of gay people in my life. It was not something I really wanted to be. In my late twenties I started going to therapy, and at one point my therapist said, “You know, it’s okay to be gay. There is a stigma, but at the same time, it’s okay. There are people and organizations out there who will support you.” That was exactly what I needed to hear. Shortly after, I came out to my family members, and they were all very supportive. They just wanted me to be safe and happy.

Matthew: I am so happy that you were able to have that support system, thank you so much for sharing that. How do you feel your life has changed since being diagnosed with diabetes and since coming out as gay?

Nia: I think it all boils down to self-love. As I learned what diabetes was and how it would impact my life, I realized that I was going to live my life so that my diabetes conformed to my will. That was the first step in realizing I am not my diagnosis. I am not diabetes. I am Nia. And Nia is a multifaceted, interesting individual. Yes, she has diabetes. Yes, she is gay. Yes, she is female. All these pieces together are what make me who I am.

Matthew: Have you ever found that your different identities intersect? What has that been like?

Nia: They don’t necessarily intersect in a clear, defined way. But for example, I attend Pride celebrations every year. I am very open with my diabetes – I wear my pump in places where it is visible and easily accessible. So, when I go to Pride, people clearly see my insulin pump. I try to imagine that there may be a kid who sees me and thinks, “Hey, she has an insulin pump, I’ve got one too, and she is walking down the street at Pride!” While there may not be a group specifically for people who are gay and have diabetes, we still exist.

Matthew: I love that notion. In what ways have you found success in navigating the healthcare system as a gay woman and someone living with diabetes? Do you have any tips for other?

Nia: Having diabetes and navigating healthcare can be very challenging at times [especially in the US]. You have insurance companies, so many different technologies and therapies, and the cost and accessibility of supplies means trying to test your blood sugar more than twice a day can be a challenge; it can feel like a fight against the system. What I try to do is partner with my healthcare team, and I am not afraid to “fire” my healthcare professionals.

When I first moved to Maryland, I went to see an endocrinologist who very early on demonstrated that she didn’t respect my time. I understood that she was a busy doctor, but we all are busy, and I needed someone who would respect my time. I found another endocrinologist who did just that. From the beginning, I was very honest in telling them, “Here is what I want out of life with diabetes. How do you help me get those things?” And this doctor replied right back, “Here is what we’re going to do.” It was important to me that we came up with a plan together – it is so important to have a hand in your own healthcare and to advocate for yourself.

Matthew: Given recent protests against racial injustice, I am sure it is not easy being a gay, black woman living with diabetes. How have these events impacted you? What do you want to share with others about your experiences at the intersection of these identities?

Nia: The current state of the world is a very scary thing. So many people are having anxiety and sleep problems knowing that black and brown people are dying. There is this constant question of “am I next?” I am always thinking about my friends and family; my favorite nephew is a six-foot-tall black boy, and though he is the sweetest person in the world, I worry for him every day. Lots of people are saying “this is terrible” or “this is wrong,” but if you are also saying that you can’t take action or you can’t have feelings about the fact that these things are happening, then those responses are not helpful or productive. Instead, let’s think about how we can go out and actually fix these issues and how can we partner together to make real changes. 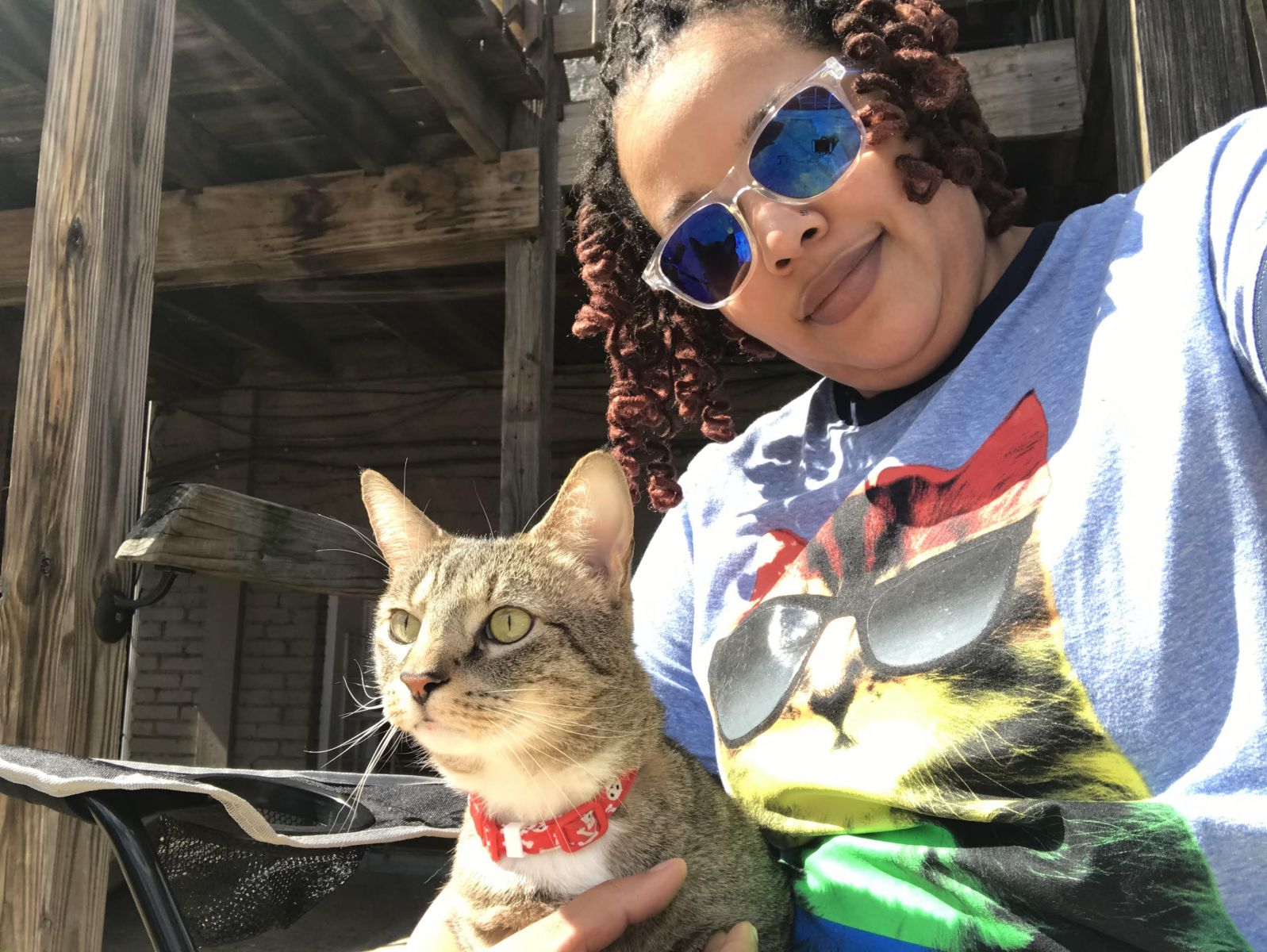 Nia: When I was first diagnosed with diabetes and struggling, I sought out community and people. I joined a couple of Facebook groups, and for the first few months I read, listened, and learned from other people. It also helps to reach out to another person. I was really lucky that the people I reached out to were the most open, welcoming, and caring people. Social media has been a great way for me to meet my diabetes friends. Going to diabetes conferences has been another great way to find my people. That is one of the best things about the diabetes community and the LGBTQ community: we are open people; we are here to support each other.

For those individuals who are gay and are trying to figure out how to come out, there are a few different resources that I would suggest as a good starting place, including:

And in terms of resources for people with diabetes, some of the organizations I first used for education and community included JDRF, diaTribe Learn, and Children with Diabetes . Another great place to find a bunch of tools is this specific page on diaTribe Learn - here, you can find links to blogs, forums, and helpful resources.

Matthew: And finally, how are you celebrating Pride this year?

Nia: The great thing about the gay community and the community of people with diabetes is that we are adaptable people, and we will always find a way to make it work. This year we can’t go out and party in the streets? That’s okay, we are going to party online. The thing is, I wake up gay, I go to sleep gay, and I am proud of who I am. Just living my best life is how I celebrate Pride.

Owning My Carbs and Being Honest with Myself
1/19/21