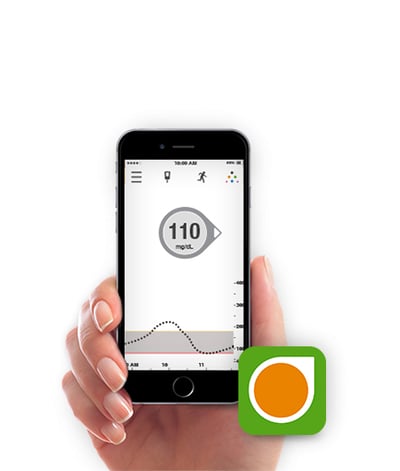 After over a year of continued advocacy, Medicare will cover mobile CGM use and sharing (Dexcom G5 for now); Medicare’s policy will be updated by June 21, if not earlier

Medicare beneficiaries can now use continuous glucose monitors (CGM) with approved smartphone apps, such as Dexcom’s G5 mobile app! (For background on CGM, click here.) The news represents a major win after 15 months of advocacy to overturn Medicare’s much-criticized policy not to allow use of CGM with smartphone apps. According to Dexcom, the deadline for the Centers for Medicare and Medicaid Services (CMS) to update the coverage policy is June 21, if not sooner.

Current G5 users on Medicare do not have to purchase a new receiver or transmitter to use the G5 app to view their CGM data and share it with loved ones; they simply need to download the free G5 app and login with their Dexcom account. The G5 app can be found here for Apple devices and here for Android devices. We recommend waiting until June 21 to do so.

Like other users, G5 Medicare beneficiaries can now choose to view real-time glucose data on the G5 app only, the receiver only, or both devices. New Medicare users will still have to purchase a G5 receiver.

This coverage decision is very meaningful for both patient safety and convenience. Medicare beneficiaries are at higher risk for hypoglycemia, and the ability to remotely follow a loved one’s CGM data can enhance safety and bring peace of mind. The ability to see CGM data on a smartphone also offers a brighter screen, louder alerts, and the convenience of not having to carry a separate receiver. Data from the G5 app is automatically sent to Dexcom Clarity, where users can view trends and patterns on the web or on the separate Clarity mobile app.

While the Medicare coverage update will apply to all covered CGMs, Dexcom G5 is currently the only Medicare-covered CGM with an approved app in the US. Abbott’s FreeStyle Libre CGM is also covered under Medicare, but its paired FreeStyle LibreLink app is not yet available in the US. Dexcom’s newest CGM, the G6, is currently under Medicare review and a decision is expected this fall. This Medicare coverage update for app use will include G6, if it becomes covered. (Read our test drive of G6 here.)

Both Medtronic’s Guardian Connect and Senseonics Eversense CGMs will not be covered by Medicare until they obtain updated FDA labeling (i.e., to dose insulin without a confirmatory fingerstick).

It is unclear yet whether this coverage decision will extend to using CGM with connected insulin pumps, such as the t:slim X2, which displays G5 CGM data.

We applaud the diabetes community for making their voices heard on this issue – Dexcom shared that the patient voice was a huge tipping point in pushing CMS in the right direction.

Q: Who qualifies for a CGM under Medicare?

A: The same criteria as we’ve previously covered will continue to apply for Medicare coverage of CGM:

Q: How much does CGM cost for Medicare users?

A: According to Dexcom’s Medicare FAQ page, those covered by Medicare can expect to pay 20% of the costs of their G5 CGM, which is roughly $50 per month. (This may be covered by secondary insurance.) Medicare will cover the remaining 80%. We assume the pricing will remain the same for G6, once it is approved.

Q: What does the G5 Medicare bundle include?

A: For now, the G5 Medicare bundle will continue to include the same supplies as before – 60 strips per month for calibration, a three-month G5 transmitter, and a receiver when purchasing a new system. The G5 app is free.

It’s not clear how many strip Dexcom will ship with the G6 CGM, which does not require fingerstick calibrations.