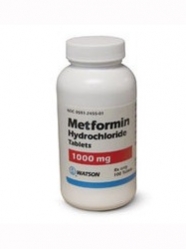 This learning curve will help you decipher the latest research on the potential anti-cancer effects of the well-known drug metformin.

Last June, the European medical journal Diabetologia (widely read by many European endocrinologists as well as other doctors and nurses) published a series of articles suggesting a possible link between Lantus insulin and cancer. The studies created a short-lived frenzy, but in the end a consensus soon emerged among most diabetes experts that the evidence supporting a link between Lantus insulin and cancer was too limited to draw serious conclusions. The FDA, as well as advocacy organizations such as the American Diabetes Association (ADA) and the International Diabetes Federation (IDF), published statements suggesting that findings were inconclusive and therefore patients should continue use of Lantus.

While the original focus of the Diabetologia articles was on the potential cancerous effect of a diabetes therapy, the articles did point out that a different diabetes drug, metformin, seemed to consistently have an anti-cancer effect. And while concerns about Lantus have faded away, the findings about metformin have continued to simmer. As noted by Diabetologia editor Dr. Edwin Gale (Southmead Hospital) at the 45th annual meeting of the European Association for the Study of Diabetes in Vienna last year (EASD; for conference coverage, see Conference Pearls in this issue of diaTribe), there was one conclusive takeaway from the ordeal: metformin, linked to a potential anti-cancer effect in the studies, should be fast tracked for further study.

First approved in the United States in 1994, metformin has since become a widely used treatment for type 2 diabetes, largely due to its efficacy, safety, cost, and ease of use. In addition to diet and exercise, it is recommended as first-line therapy by many medical organizations, including ADA, EASD, and IDF. The drug is estimated to be the most widely prescribed diabetes medication worldwide, with over 40 million prescriptions filled in 2008 in the US alone. For this reason, there are towering stacks of historical medical records for type 2 diabetes patients treated with metformin, ripe for analysis and research.

The four articles published in Diabetologia were retrospective in nature, meaning the studies compiled and analyzed data from already established patient records. The most suggestive study of the four, conducted by Dr. Craig Currie and colleagues (Cardiff University), reviewed a total of 63,000 people with diabetes from the THIN database, a collection of over five million patient records from medical practices across the UK. Analyses suggested patients treated with metformin alone when compared with sulfonylureas and insulin carried the lowest risk of cancer; furthermore, patients taking metformin in addition to insulin therapy showed a 46% decline in cancer risk compared to those on insulin therapy alone.

Other retrospective studies have shown similar findings. A recent review of 400 people with diabetes from the University of Texas MD Anderson Cancer Center suggested a 62% lower risk of pancreatic cancer in patients who took metformin compared to those who did not; an older study conducted at the University of Dundee in Scotland showed a 25-37% reduced risk for all cancers in people with diabetes taking metformin. Notably, research has also shown that people with diabetes already diagnosed with cancer may respond better to chemotherapy when treated simultaneously with metformin. Taking metformin may also reduce the dose of noxious chemotherapeutic agents in patients undergoing cancer treatment, easing some of the distressing side effects brought by chemotherapy.

However, it is important to keep in mind the weaknesses of retrospective and observational studies. Unlike randomized clinical trials, the “gold standard” of medical research (for a review of clinical trials in the drug approval process, see Learning Curve from diaTribe #16), retrospective studies do not randomize subjects to roughly equal groups before treatment begins, leaving room for external factors (such as social background, previous illnesses, etc.) to confound results. Records databases can be biased by differences in the way medical practices report information about patients as well. Thus, it is unclear if metformin is directly responsible for the decreased cancer risk. Researchers are also still unsure how the drug might biologically cause the observed effects, though hypotheses have been proposed. the many effects of metformin

As a blood glucose-lowering medicine, metformin is known to have a number of effects on the body. The drug primarily works on the liver, acting to inhibit a process called gluconeogenesis, which is partly responsible for the body’s natural production of glucose (gluconeogenesis is poorly regulated in people with type 2 diabetes, contributing to high blood glucose levels). Research also suggests metformin increases insulin sensitivity (the body’s ability to respond to insulin), enhances glucose uptake in muscle tissue, and decreases the absorption of glucose from meals during digestion. Just how metformin drives these effects, however, is still unclear. It is believed that the drug works to increase the activity of AMP-activated protein kinase (AMPK), a widely prevalent protein involved in numerous processes in the body, including the response to insulin and the breakdown of glucose.

Researchers think AMPK’s role in another process could be responsible for metformin’s potential cancer-combating effects. Cancer cells are marked by their uncontrolled growth; due to alterations in their genetic makeup, cancerous cells begin to rapidly reproduce, leading to large masses of cells, or tumors. As AMPK is known to play a role in the coordination of cell reproduction, researchers propose that metformin could be acting to halt cancer’s uncontrolled cell growth – sure enough, early laboratory research in isolated cancer cells indicated metformin could repress the cells’ cancerous reproduction. Still, it is uncertain if the observed benefits can specifically be pinned down to metformin’s effects on AMPK, leading to further hypotheses.

The latest research suggests metformin may actually selectively attack cancer stem cells, cells that make up a smaller portion of a tumor’s mass but are particularly resistant to conventional chemotherapy. As chemotherapy is often unable to eliminate these cancer stem cells, they are able to re-grow post-treatment, leading to additional tumors – this is commonly referred to as “tumor relapse.” In a recent study conducted by Dr. Kevin Struhl (Harvard Medical School), mice with breast cancer treated with both metformin and doxorubicin, a conventional chemotherapy, were free of tumors for at least two months following treatment. In contrast, mice treated with doxorubicin alone began to show signs of tumor re-growth in the same period, indicating the potential for use of metformin in combination with standard cancer treatments. This would be exciting, indeed, if this research were reproduced in humans.

A number of randomized clinical trials examining the use of metformin as a potential addition to standard chemotherapy are underway. A currently recruiting trial at Mount Sinai Hospital in Toronto is investigating whether taking metformin prior to surgical removal of breast tumors reduces the rate of tumor growth; another similarly scaled trial being conducted by the University Health Network in Toronto is examining the effects of metformin in patients with prostate cancer.

Overall, it is still too early to say what metformin’s future will be as a cancer treatment. Similarly, the potential protective effect of metformin use in people with type 2 diabetes has yet to be conclusively shown in clinical trials; the associative evidence provided by retrospective studies does not prove that metformin is the cause of the observed reduction in cancer risk. However, as Dr. Pamela Goodwin, principal investigator of the aforementioned clinical trials, recently noted in the Journal of Clinical Oncology, “…the novelty of the intervention is high, and the potential for benefit is large.” We will certainly be watching closely to see whether metformin will ultimately be prescribed in cancer treatment - stay tuned to diaTribe.