New Therapy Could Result in Weight Loss and Lower Glucose 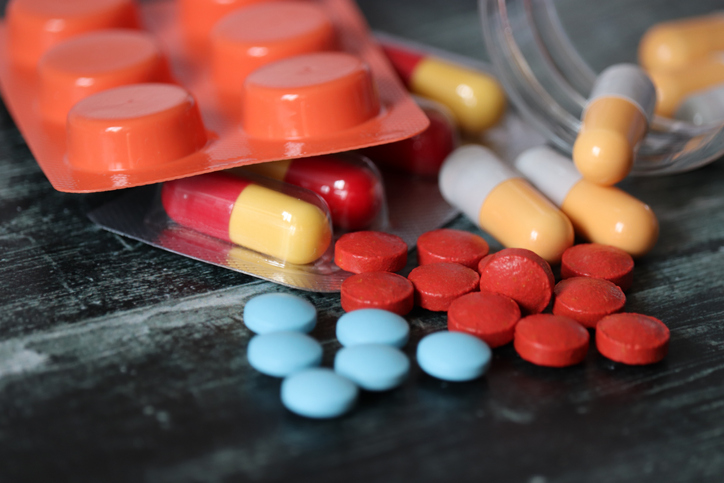 Encouraging trial results from Novo Nordisk show that a new combination therapy in development could help people lower their A1C and weight dramatically. With the upcoming launch of several larger studies investigating the new therapy, find out if you can participate in one of these trials.

Novo Nordisk announced exciting results on Aug. 22 from a recent clinical trial that could potentially lead to a new medication with significant weight loss and A1C reductions for people with type 2 diabetes.

Semaglutide and cagrilintide are combined in the medication being studied in clinical trials. Semaglutide, commonly known under the brand names Ozempic, Wegovy, and Rybelsus, are in a class of drugs called GLP-1 receptor agonists, which have been shown to help people with type 2 diabetes reduce their A1C and lose weight.

Cagrilintide is a type of drug known as an amylin analogue. This means that it mimics the action of amylin, a hormone produced by the pancreas that makes people feel "satiety," or “fullness,” after eating a meal. Cagrilintide does not have a brand name, as it has not yet been FDA approved. However, another amylin analogue, Symlin (pramlintide), is already approved for use by people with type 1 or type 2 diabetes who use mealtime insulin and have not met their glucose management goals despite optimal insulin therapy.

The combination drug is currently being called  “CagriSema” by the company. If successful, it will eventually have both a generic and brand name.

Topline results from a recent phase 2 trial with 90 participants showed that people treated with CagriSema had significant reductions in both A1C and body weight compared to those treated with each drug alone. Over the 32-week trial, participants on CagriSema, on average, reduced their A1C by 2.2 percentage points and lost 15.6% of their body weight.

Compared to CagriSema, people on semaglutide and cagrilintide alone had an average A1C reduction of 1.8% and 0.9%, respectively, while their average weight loss was 5.1% and 8.1%, respectively. The trial also measured the effects of each therapy on Time in Range, as measured by a continuous glucose monitor (CGM); however this data has not yet been released.

Novo Nordisk plans to launch several larger phase 3 studies to investigate CagriSema,  collectively known as the REDEFINE program, towards the end of 2022.

In the meantime, CagriSema is being investigated in a larger phase 2 trial for people with non-alcoholic steatohepatitis (NASH), a type of liver disease that is a common complication of type 2 diabetes. This trial hopes to enroll 672 participants across over 130 locations in the United States, Canada, Europe, and Asia.

To find out more about the actively-recruiting trial for CagriSema and liver disease, read the clinicaltrials.gov page or contact Novo Nordisk directly at clinicaltrials@novonordisk.com or call 1-866-867-7178.