Use 4 mm needles, rotate injection sites, and more – why the little stuff matters 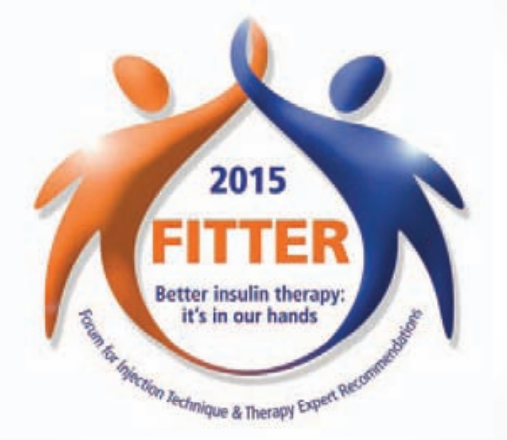 It is easy to get wrapped up in the “latest and greatest” innovations in diabetes care, but sometimes, it’s the little things that matter the most. A little under a year ago, BD sponsored FITTER (Forum for Injection Technique & Therapy Expert Recommendations), a congress held in Rome to establish new guidelines to help both people on injections and people with pumps get the most out of insulin use. [The diaTribe Foundation’s own Kelly Close presented at the conference to share patient insight!]. Last month, a major scientific journal (Mayo Clinic Proceedings) published an unprecedented three papers from the congress (all open access), including “New Insulin Delivery Recommendations” from the 183 doctors, nurses, educators, and conference attendees in Rome. The publications are based on results of what is probably the largest survey (the Injection Technique Questionnaire) ever done concerning insulin injection technique in more than 13,000 insulin-injecting people with diabetes from 42 countries. BD also released an interactive website describing the guidelines and their benefits and including a tool that allows readers to do their own analyses from the survey – such as by country, or age, or type of diabetes.

The extensive recommendations include an extremely helpful Golden Rules section that boils down the research into actionable tips for people with diabetes. Four particularly stood out:

1. Use the shortest needle length (4 mm for pens, 6 mm for syringes), regardless of age, sex, ethnicity, weight, or body mass index (BMI). Skin thickness is very similar across individuals, and longer needles can be dangerous for insulin absorption consistency.

2. Rotate injection sites and do not reuse needles. This helps avoid injecting into fat lumps under the skin (and developing these lumps, called lipohypertrophy), both of which can drive reduced and erratic insulin absorption and lead to greater blood sugar variability.

3. Make sure cloudy insulin is properly dissolved (re-suspended) by gently rolling and tipping the container.

4. Always properly dispose of used needles in a sharps container. In many places it is illegal not to do so and everywhere, it should be done to avoid accidental injuries.

The Why and How

1. Use the shortest needle length (4 mm for pens, 6 mm for syringes), regardless of age, sex, ethnicity, and BMI.

Why is this important? Insulin should ideally be injected into the subcutaneous space (the layer of fatty tissue directly below the surface of the skin) to maximize consistency of absorption. For a long time, it was thought that skin thickness varied greatly between individuals, but a variety of studies have shown “skin is skin”, ranging from about 1-3 mm in 90% of people, with the average falling in the 2 mm range. As long as the needle injecting insulin is in the subcutaneous space, there is no evidence greater depth is better for insulin uptake. In fact, there is a risk associated with using longer needles: if the needle passes through the subcutaneous layer, it will enter muscle tissue. Absorption rates differ greatly depending on how active the muscle is (insulin is absorbed more rapidly in very active muscles), making muscle injection more unpredictable, potentially leading to dangerous lows.

Tip: Use a 4 mm needle for pens and 6 mm one for syringes. Talk to a healthcare provider or pharmacist about switching to a smaller needle – especially important in children, adolescents, and thin adults. Direct them to this paper if they have reservations.

2. Identify and avoid injecting into fat lumps under the skin (lipohypertrophy).

Why is this important? Lipohypertrophy is the abnormal accumulation of fat underneath the skin caused by repeated insulin injections into the same site. It often presents as a firm lump, like a cluster of grapes, and can be up to several inches in diameter and may be slightly raised. This type of tissue does not absorb insulin in a predictable manner, which could lead to highs and lows, as well as greater blood sugar variability. Injection sites should be inspected routinely for these lumps (something the Injection Technique Questionnaire indicates is not happening), both by oneself and by a healthcare provider. In the survey, almost one in three participants appeared to have lipohypertrophy (other studies show prevalence up to, and beyond, 50%). This group used approximately 10 more units of insulin per day and had A1c levels about 0.5% higher (8.85% vs. 8.30%) than insulin injectors without lumps. They also had higher frequencies of unexpected hypoglycemia and glucose variability.

Why is this important? Insulin can become cloudy when its molecular crystal structure changes, often referred to as “falling out of solution.” Injecting this cloudy insulin can lead to widely varying (and unknown!) concentrations of the drug actually getting into the body, making dangerous highs or lows more likely and making it more challenging to stay within a target blood glucose range.

Why is this important? Improper needle disposal can lead to needlestick injuries, putting people at risk of infection and bloodborne diseases.

For more on FITTER, read the very helpful Golden Rules section of the publication, or visit BD’s interactive site.