Putting Time in Range at the Forefront of Clinical Trials 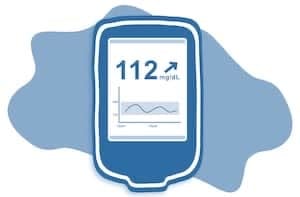 For the first time, Time in Range was used as the main outcome measured in a clinical trial for a diabetes medication. Read about the study results and implications.

Time in Range (TIR) is a helpful metric that can provide people with diabetes with actionable information to improve their health. However, there have been no randomized clinical trials for diabetes medications that measured TIR as the primary outcome, until now.

An exciting milestone was announced at ATTD 2022 when the results of the first industry-sponsored therapy trial that focused on TIR as the primary outcome of a study were presented. This study is called “Time in Range Using Insulin Glargine 300 U/mL Versus Insulin Degludec 100 U/mL in Type 1 Diabetes: Head-to-Head Randomised Controlled InRange Trial.”

“Only 11% of clinical trials are using CGMs, so it’s time to be bold and make it a primary outcome,” said Dr. Richard Bergenstal, endocrinologist and executive director of the International Diabetes Center at Park Nicollet in Minneapolis, Minnesota.

Bergenstal presented data showing that patients and clinicians are increasingly valuing the importance of TIR. He cited a study where 57% of patients perceived TIR as “having a big impact on daily life.”

“TIR is very close to my heart, I believe this is a very good measure of seeing how insulin therapy actually works,” said Dr. Thomas Danne, director of the Department of General Pediatrics Endocrinology/ Diabetology & Clinical Research at the Auf der Bult Hospital for Children and Adolescents, Hannover Medical School in Hannover, Germany.

Researchers directly compared improvements in TIR of Insulin Glargine 300 U/mL (Gla-300) to Insulin Degludec 100 U/mL (iDeg-100) in a study called InRange. Both of these are advanced basal insulins that help people with diabetes maintain a steady level of background insulin throughout the day.

Patients were randomly assigned to receive either one of these two basal insulins. The primary outcome of the study was the TIR of the participants at week 12 and the main secondary outcome was glucose variability (as measured by coefficient of variation (CV)) at week 12.

For the secondary endpoint of glucose variability, there was no significant difference between the two insulins.

“The important thing about this study is that it was the first industry study that used TIR as a primary endpoint,” said Dr. Pratik Choudhary, professor of Diabetes at University of Leicester in the United Kingdom.

According to Choudhary, strengths of this study included use of blinded CGMs to collect unbiased TIR data and for 20 days, which has been shown to correlate well with 3-month glycemic outcomes. However, even longer term CGM data collection might lead to more robust conclusions.

In addition to assessing the effectiveness of the two insulins, this study serves as a benchmark for how CGMs could be used as a clinically useful outcome measure. Choudhary suggested future studies that also choose to use TIR as the primary endpoint could provide greater support for its use in research.