Sweet Tips from the No Sugar Baker 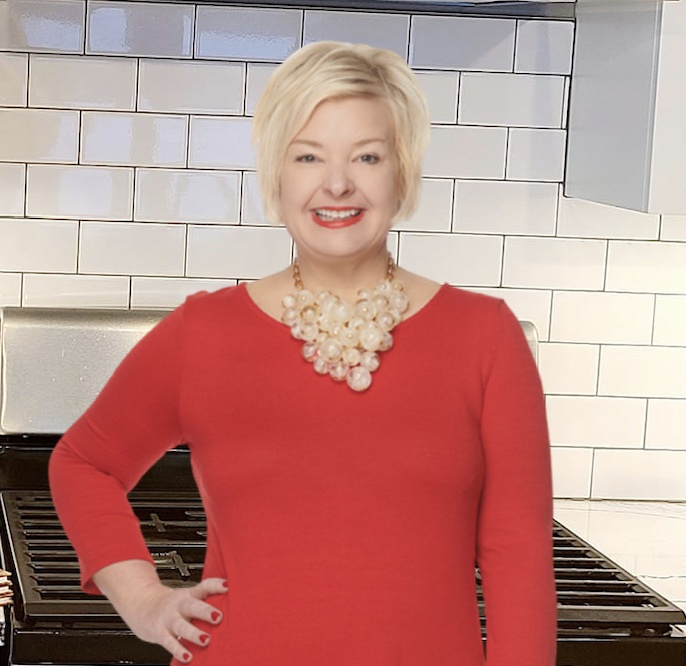 After a harrowing experience with diabetes-related complications, Jayne Jones made drastic changes to the way she was living that helped turn everything around. Her new cookbook, focused on no-sugar recipes, is her way of sharing what she learned with others.

Jayne Jones’ 45th birthday didn’t exactly go as planned. The lawyer and baker from Sarasota, Florida, had been suffering from intense stomach pain and had been weeding out potential causes.

First, she cut out the eight cans of soda she’d been drinking daily. The problems continued. She then cut down on red meat, and that didn’t work either. The evening of her birthday celebration, she celebrated with an ice cream cone with her husband, which led to “wrenching, tear flowing diarrhea.”

Jones landed in the emergency room, where she discovered off-the-charts blood pressure, blood glucose levels, and that she’d been near a stroke. Days later, everything went blurry. Little did she know, this medical scare would lead her down a life-changing path. Her new cookbook, “The No Sugar Baker: Cookbook of Healthy Living and No Regrets,” is a result of that journey.

Jones was dealing with diabetes and severe hyperglycemia (high blood sugar), and spent the next two weeks almost blind. Looking back on the months before her diagnosis, she realized that she’d asked her husband to straighten photos on the wall that she now realized were never crooked. “I worried if my vision was ever coming back,” she writes in her book. “For the first time in my life, the clinic’s scale wasn’t the top stressor.”

The devastation of temporarily losing her eyesight, coupled with the doctor’s new orders, altered her life forever.

One of the top questions Jones gets from readers and friends is, “Didn’t you have diabetes symptoms?” She did, and many of the classic ones.

“We never put two and two together,” she wrote. “From extreme thirst to telling the hubs to straighten wall pictures to very swollen feet, the signs have been there for years (probably decades).”

No doctor had ever suspected diabetes, although she made few appointments aside from the occasional bout with asthma. But the threatened blindness was different.

“I’d wake up and think, I need to get a new phone,” Jones said. “Then my husband would turn the TV on and I was like ‘and we need a new TV.’ There was no way I could read anything, I’d get totally dizzy.”

Her vision returned two weeks later, but the fear lingered. At every doctor’s appointment her eyesight was her biggest concern: “I thought it was aging. I had no idea it was diabetes-related.”

Somewhat ironic, Jones mentioned that she’s trained as a healthcare policy lawyer, spending years encouraging others to be proactive about preventive healthcare.

The plate drawing: A new diet for living

At the doctors’ office after her eyesight scare, Jones watched her doctor draw a round plate, explaining that if she didn’t change everything about her nutrition, she’d have four years to live. He recommended insulin, which she declined, opting for a diet change first.

The doctor said she’d be back in 30 days if she didn’t take it, but following the diet recommendations proved effective enough. His dietary instructions were clear and direct, and included the following recommendations for her specific situation:

To fully commit to these changes, she had to spend some time out of the kitchen, formerly her favorite place. It paid off. By following his advice carefully, she was able to manage her diabetes through diet alone.

The soup that started her comeback

A few months after her diagnosis, after making it through the holiday temptations around sugary, unhealthy foods, Jones started walking the aisles of the groceries, praying, “Dear God, I need to find an answer.”

She was looking for a way to get back into the kitchen. She made cheeseburger soup for her family, changing the recipe to eliminate the sugar from the corn, milk, and potatoes that she usually included. “I thought it was going to taste like crap,” she remembered. “How in the world am I going to make something without sugar in it? What am I possibly going to do?”

She didn’t reveal to family members that it was sugar-free. They ate it and started to cry, but not about the taste.

“We’ve been waiting for this day since the day you got sick,” her mother told her, “My daughter is back. That little feisty spirit in you is back.” Her parents’ encouragement over her first modified recipe gave her the courage and motivation to start cooking again.

Her journey, which had, up to that point, been private, went public as she posted about her diagnosis on Facebook, along with the new recipes she was starting to play with. Her family started eating like she did – an invaluable show of support – and friends ensured there were sugar-free options at parties. They’d also devour her sugar-free baked goods, convincing others, one cookie at a time, that it wasn’t a difficult sacrifice.

In five months, Jones lost 60 pounds, avoiding the need for insulin or any other medications in her diabetes treatment plan. Her dedication to never go blind again was working. She hasn’t had any sugar for two years.

When her daughter, Emily Beehler, came home from Cornell College during the pandemic, she told her mother that she was attracting attention on social media.

“They are calling you the ‘No-Sugar Baker,’” she told her. Jones’ daughter convinced her to start a blog. She was hesitant at first but quickly realized she had a lot to say.

“I’m not going to be the person who is a fitness model saying you can never have a candy bar again in your life,” said Jones. “I’m the real deal – I understand. Every single day I wake up thinking ‘Okay, what are you going to use as fuel for your body today?’”

Her recipes include a few distinct swaps that allowed her to continue her love for sweet treats, while sticking to her life-saving plan:

Jones’s following has expanded. The No Sugar Baker Facebook account has 112,000 followers, and each Saturday she gives a cooking demonstration, helping others to live a no-sugar life.

No choice but success

While transitioning overnight to an entirely sugar-free diet sounds daunting, Jones says she had no choice. “I can’t cheat. The second I cheat, the eyes are going to go. Knowing that feeling? It sucks. I couldn’t see my daughter on the volleyball court,” she said.

For those reasons, she says the weight loss journey was actually easy. She’d decided in that defining moment that this was now a way of life, for the rest of her life.

“If I miss that 40 minute walk each day, everything is off-kilter,” she said, adding that she now eats because she’s hungry, instead of “because it was lunchtime.”

Jones continues to modify new recipes that she loves as a part of her no sugar lifestyle. Here are a few of her favorites: