Too many people experience blame, shame, and judgment following a gestational diabetes diagnosis. Find out about new research looking into the stigma around pregnancy-related diabetes and its negative impacts.

Gestational diabetes (GDM) is a condition in which a person develops insulin resistance during pregnancy that may cause high glucose levels. GDM is estimated to affect over 17 million live births worldwide each year. Though we know quite a bit about GDM, the factors that put people at risk for this condition, and the complications associated with it – we are only beginning to understand the stigma that people with GDM face.

Recent research shows that people with GDM risk facing negative labeling, stereotyping, isolation, discrimination, and internalized stigma as a result of their condition. Unfortunately, these experiences have been reported to stem from healthcare professionals, friends, and family members.

GDM occurs when someone who has not had diabetes prior to pregnancy develops high blood sugar levels during pregnancy; GDM can cause health complications for the mother and the developing fetus.

Pregnancy hormones and high blood pressure in the body may impact how insulin works, leading to insulin resistance. Usually, a woman’s body without preexisting diabetes produces additional insulin to compensate for pregnancy. For someone with GDM, the body cannot produce enough insulin to keep glucose levels in the target range, leading to higher glucose levels and health risks for both the mother and baby.

GDM usually develops in the second half of pregnancy, and blood glucose levels often return to normal after the baby is born. However, even if that happens after labor and delivery, the woman who had GDM is still at a much higher risk of developing type 2 diabetes later in life. GDM should be closely managed during pregnancy to prevent complications, often with diet and exercise. Other women may benefit from oral medicine and/or basal insulin and possibly mealtime insulin to better manage their glucose levels.

Are people stigmatized for having gestational diabetes?

Though there are many factors that can contribute to GDM, many lie outside of a person’s control. People may incorrectly believe that those with GDM caused it themselves and are to blame for their diagnosis. 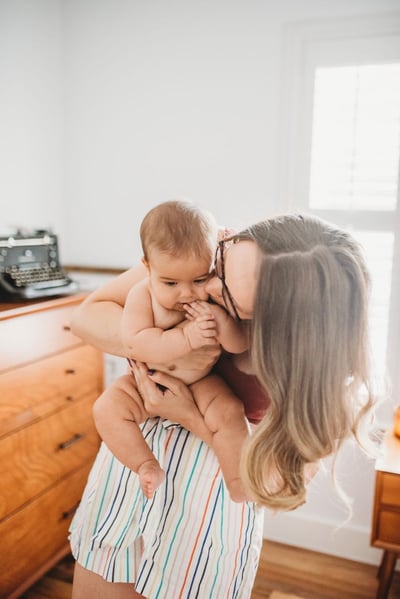 Jessica Beason is a young mother and physician’s assistant in Dallas, Texas, who was diagnosed with gestational diabetes in 2019.

“There was shame, but there was also a lot of fear on how this would affect my baby,” said Beason. Beason’s mother also had gestational diabetes during her three pregnancies, and knowing that she and her siblings were born large for gestational age added to some of her anxiety. “It just made my pregnancy more stressful.”

But having her mother to lean on, and learn from, helped alleviate some of that stress. Beason was able to manage her glucose levels throughout her pregnancy, and she gave birth to a beautiful, healthy baby girl in early 2020.

“I think, despite working in healthcare, there’s obviously this stigma that diabetes, both type 2 and gestational, should be in patients that aren’t watching what they're eating or not limiting their sugar intake,” she said.

While numerous studies explore diabetes stigma in people with both type 1 and type 2, so far, there is very little information on GDM stigma.

One research team in Denmark is trying to change that by investigating this form of stigma and its negative consequences. 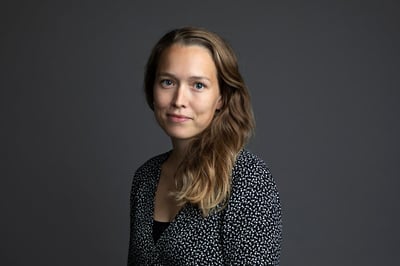 Emma Davidsen, a PhD candidate at the Steno Diabetes Center in Copenhagen and Aarhus University, noticed some disturbing trends while speaking to women with GDM.

“Some of the women I spoke to expressed guilt or self-blame, and they wanted to make sure they weren’t harming their babies,” she said. “I was curious about where this guilt might stem from. I started trying to see if there was any existing research systematically investigating the stigma associated with gestational diabetes, but I couldn’t find any.”

Davidsen and her colleagues analyzed hundreds of scientific articles to identify those that examined the psychosocial effects of GDM. Their recently published review paper discusses  the evidence on GDM and stigma to address these questions:

The team’s paper confirmed that those with GDM do indeed risk experiencing stigma. This stigma takes the form of negative labeling and stereotyping, isolation, status loss, and discrimination. Those with GDM may be labeled “bad mothers,” “lazy,” and “lacking willpower.” This can also lead to family members, friends, and healthcare professionals judging and rebuking those with GDM.

What are the negative consequences?

Davidsen’s research also showed that women who had GDM might internalize these attitudes. “We actually saw that some of the major findings were that some of the women reported guilt and feeling like a failure, and they engaged in self-blame,” Davidsen explained. 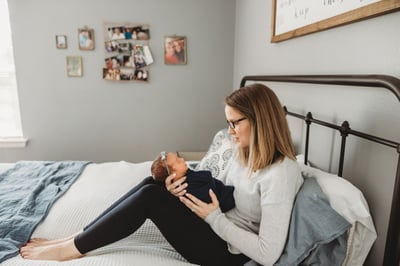 “When I did get diagnosed with gestational diabetes,” said Beason, the young mother who at the time was exercising every day and carefully watching what she ate. “I did feel shame because I was unsure how someone that was being so mindful about what they were doing with their body exercise and diet-wise could be diagnosed with gestational diabetes.”

Little research specifically looks at the effects of GDM stigma; however, we do know of some short-term consequences associated with it including:

How can we reduce gestational diabetes stigma?

Davidsen said that one of the first things we need to do to address this form of stigma is to understand it better. This means investing in more research to look into the prevalence and impacts of GDM stigma, and testing interventions to reduce it.

Healthcare professionals and researchers can begin combating GDM stigma immediately, an important step since these settings are where so many people encounter it. In her article, Davidsen suggests these groups adopt more person-centered, collaborative, and non-stigmatizing language when talking to a woman about her risk for GDM and complications. No blame or judgment should be introduced.

Remember that GDM is caused by many different factors, including genetics and the environment, which can easily fall outside of a person’s control. “I just want to underline the fact that it's not [the mother’s] own fault,” said Davidsen. 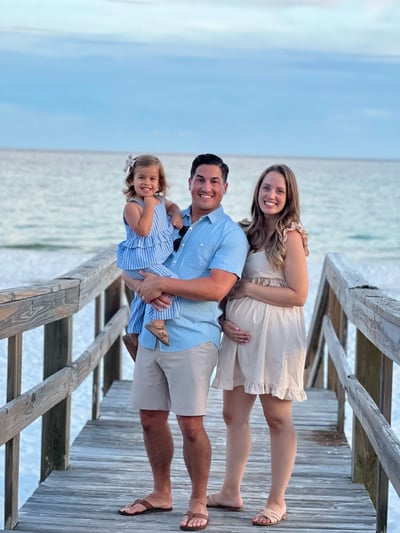 The more comfortable women feel about having GDM, the easier it will be to open up to others about their diagnosis. Being open about their diagnosis makes it easier to connect  with others who also have GDM.  Go out and share your story. Lean on your support systems, especially when managing your diabetes becomes challenging.