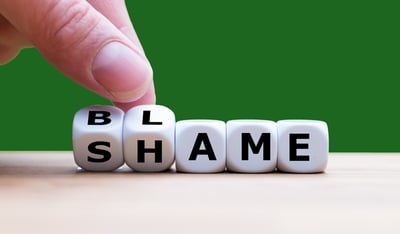 Rather than stigmatizing others for not fitting our definitions of health, we should be emphasizing personal success and challenging our notions of beauty​

In a 1950’s study on cultural reactions to physical traits, children were shown images of other children and asked to rank them in order of who they “liked best.” The study participants included children from varying races, socioeconomic backgrounds, and geographical locations.

The images they were shown included a child with obesity, one in a wheelchair, one with crutches and a leg brace, one with a missing hand, one with a facial disfigurement, and one with no handicaps who was at a “normal” weight. Researchers found that, in the image preference rankings, the photo of the child with obesity consistently ranked last.

These findings show us that fat-phobia isn’t new – our societal obsession with weight hasn’t changed for many decades. The media portray people who are fat as lazy, and the weight loss and dieting industry markets thinness as a sign of beauty and discipline. These judgments and assumptions are so pervasive that they even shape how physical spaces are designed – from the cramped spaces on airplanes and restaurants to the inaccessibility of doctors’ waiting rooms, our society refuses to accommodate fat. Instead, it is shaming people by making them feel unwelcome and burdensome.

Fat shaming assumes that being fat is an individual’s fault because they lack self-control and motivation. However, there are a myriad of factors that affect overweight and obesity, including genetics, stress, and environment. For example, the absence of walking paths, unsafe neighborhoods, food deserts, and food swamps significantly diminish the nutrition and exercise options for communities. Obesity does not happen because an individual is ignorant and unaware of how to manage their weight. It is a result of the complex – and often harmful – systems in which we live.

What about health? The fear-driven assumptions of the health risks associated with obesity exacerbate the stigma toward an already stigmatized group. While living with overweight or obesity can put individuals at risk for certain conditions, people who are not fat also develop these conditions, and people who are fat might also not develop these conditions. Moreover, research shows that weight stigma triggers both physiological and behavioral changes linked to increased weight gain and poorer metabolic health. Individuals who experience weight stigma have demonstrated higher levels of cortisol, the hormone released during periods of stress. In turn, cortisol is an obesogenic hormone, meaning its presence increases levels of obesity. Weight stigma is also associated with exercise avoidance, negative effects on mental health, and even mortality, thus creating a feedback loop of more weight gain and self-blame.

As such, we must consider a more holistic view of health. Achieving success also means developing self-love, and we need to recognize that different people have different goals. For some, their goal might be eating more vegetables. For others, it might be going on a walk three times a week. And indeed, for some, it might be losing weight. Most important, we should not be shaming individuals if they are not our preconceived image of beauty and health. There are many ways of defining and achieving success, and as we work toward reducing the incidence of obesity, we all must promote compassion and respect.