What Did 15-year-old Amelia Tell Congress about Her Experience with Type 1 Diabetes? 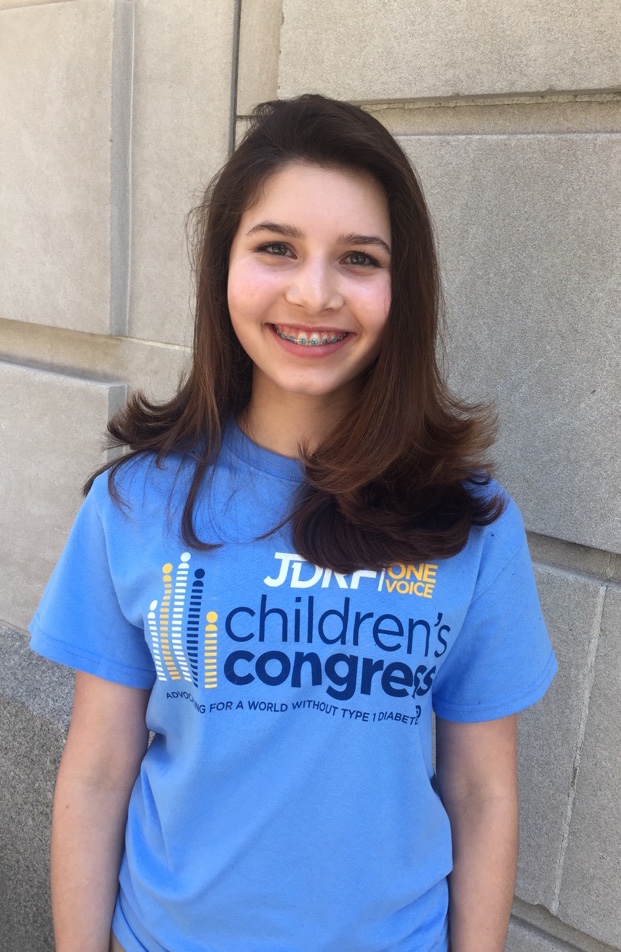 15 year-old Amelia Cooper was one of over 150 children who visited Washington, DC as delegates for JDRF’s Children’s Congress on July 13-15. She and other children and adolescents with diabetes testified to a Senate panel regarding what it’s like to live with diabetes and why it’s important to continue supporting innovative research for diabetes. We’re excited to present Amelia’s top five highlights from her experience at Children’s Congress!

This summer, I was super lucky to be a delegate to the annual JDRF’s Children’s Congress. It was such a terrific experience that I wanted to share my top five highlights so that diaTribe readers could get a sense of what it was like!

The JDRF Children's Congress was special for me because I was able to celebrate my three-year anniversary (“diaversary”) of being diagnosed by standing in front of Congress and thanking them. In all, my trip to Washington D.C. was really powerful - it reinvigorated me to keep fighting to stay healthy and advocate for medical research funding. As Senator McCaskill told me, “It’s your government.”

Thank you, Amelia, for sharing your experience and inspiring us to keep pushing for increased funding in diabetes research!