Tandem has had an eventful past few months, and we’ve rounded up the most recent pipeline timing updates below, including automated insulin delivery, a mobile app, and international launch. 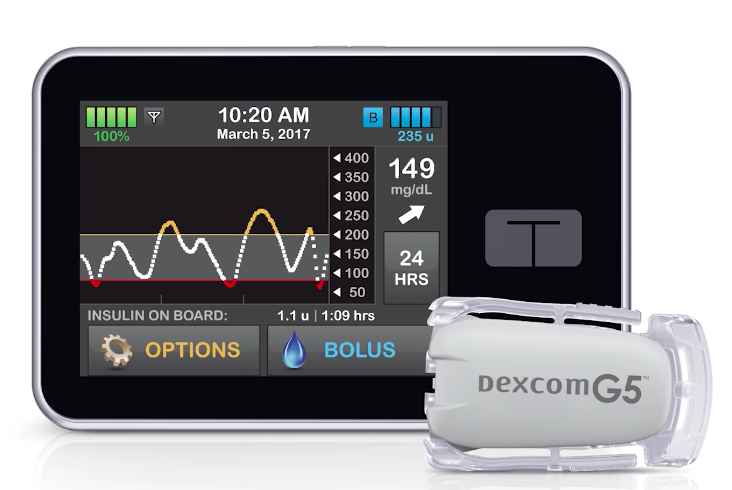 US launch expected this summer.

Earlier this year, Tandem submitted the t:slim X2 pump with Basal-IQ to the FDA. The predictive low glucose suspend (PLGS) device uses Dexcom G5 CGM readings and an algorithm built into the t:slim X2 pump to predict low blood sugar and stop basal insulin delivery – the goal is to prevent or reduce time in hypoglycemia. Once blood sugar levels start to rise, the pump resumes insulin delivery – and all that happens without alarms. A study presented last month showed that Basal-IQ reduced average time in hypoglycemia (below 70 mg/dl) by 31%, or about 19 minutes per day. Since users had very little hypoglycemia in this study, we expect this system will do even better in real-world use. 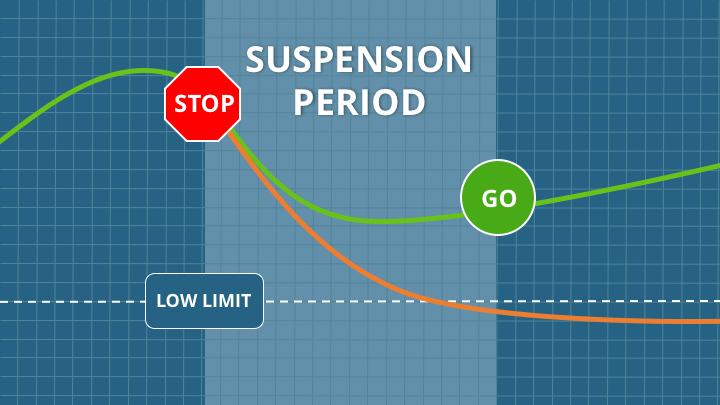 US launch expected in the first half of 2019

Tandem’s hybrid closed loop system, will begin a major study before the end of June; these study results will be submitted to the FDA for approval later this year. The system automatically adjusts basal insulin delivery based on readings from the Dexcom G6 CGM. The algorithm is built into the pump, and in a big improvement on other systems, Control-IQ has automatic correction boluses to further address high blood sugars – we expect this will further improve time-in-range over systems like the MiniMed 670G, especially from missed boluses and higher-carb meals. Like Basal-IQ, Control-IQ is also expected to be available as a t:slim X2 pump software update, rather than requiring a new pump.

A recent picture from a ski/snowboard study of the integrated system is shown below – very cool! 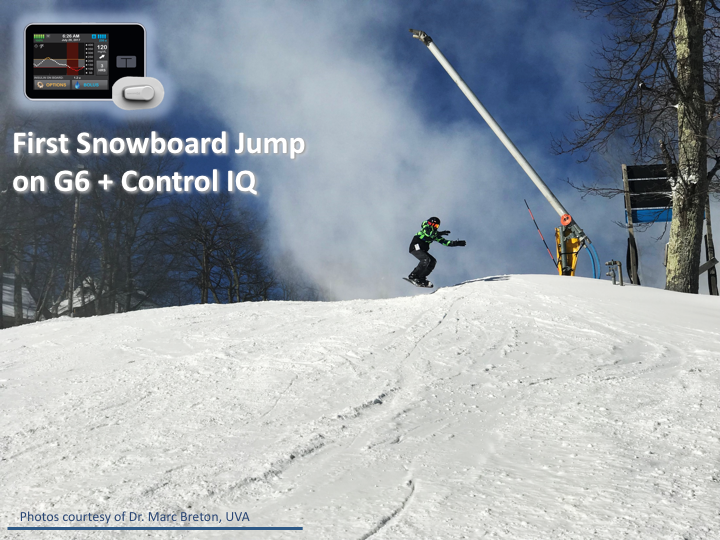 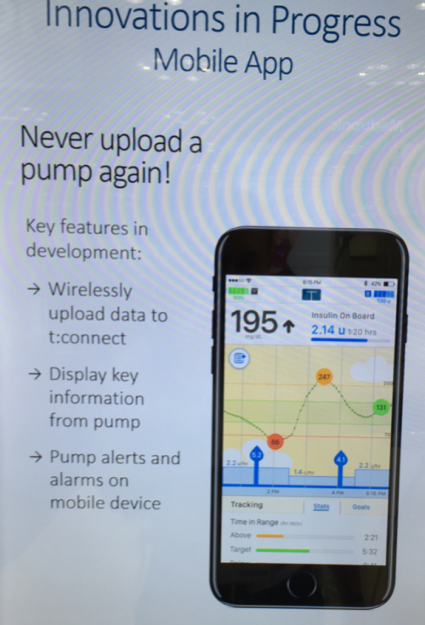 Launch expected in the second half of 2018

This mobile display app will connect to the t:slim X2 pump via Bluetooth, likely allowing users to view pump status and alerts on their own phone. The app will also wirelessly upload pump data to t:connect, Tandem’s web-based diabetes data application. The app won’t allow users to control the pump from their phone, but this might be a possibility for future updates. The most recent picture of the mobile app is shown below from late last year – it’s unclear if it will be on Apple iOS and Android, or just iOS initially.

t:slim X2 Launch Outside the US

Launch in second half of 2018, likely starting in Canada

To date, Tandem’s t:slim X2 insulin pump has only been available in the US, but that will likely change this year. The t:slim X2 pump is currently in the regulatory process in both Canada and Europe, with launches targeted for the second half of this year. (Europe will initially focus on Norway, Sweden, and Denmark.) Like the US version, the international t:slim X2 integrates with the Dexcom G5 CGM, meaning data from the transmitter is sent to the pump screen. The pump will be updated to add mmol/l units and a 24-hour clock, and the Canadian version will add French.

Clinical trials expected to begin in 2019

Tandem has had the t:sport “patch” pump in development for several years, taking its current pump technology, miniaturizing it, and changing the approach to wear. The pump will have a short infusion set (a few inches) and no screen, meaning users can wear the device like a patch directly on the body or perhaps in a pocket. t:sport will be about half the size of the t:slim X2, is expected to hold 200 units of insulin, and will include an on-pump bolus button – e.g., enabling a bolus through clothing. Like the Omnipod, it will be wirelessly controlled from a handheld, and possibly even a user’s own smartphone. t:sport will integrate the Control-IQ hybrid closed loop algorithm and likely receive data from Dexcom CGM, allowing for a truly on-body closed-loop  system. Tandem hopes to launch the pump in 2020 or 2021, meaning it still needs a couple years of development. The most recent picture we’ve seen of t:sport is shown below, next to the current t:slim X2. 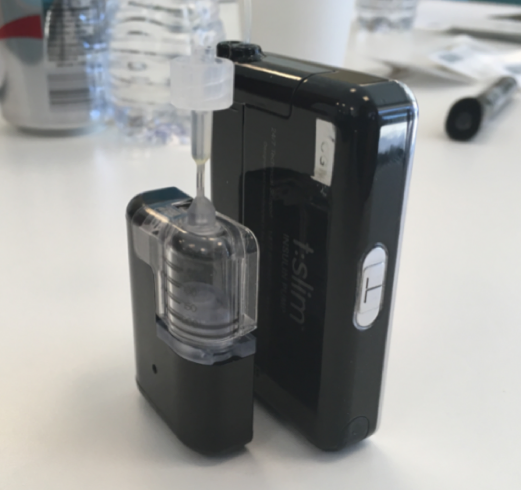