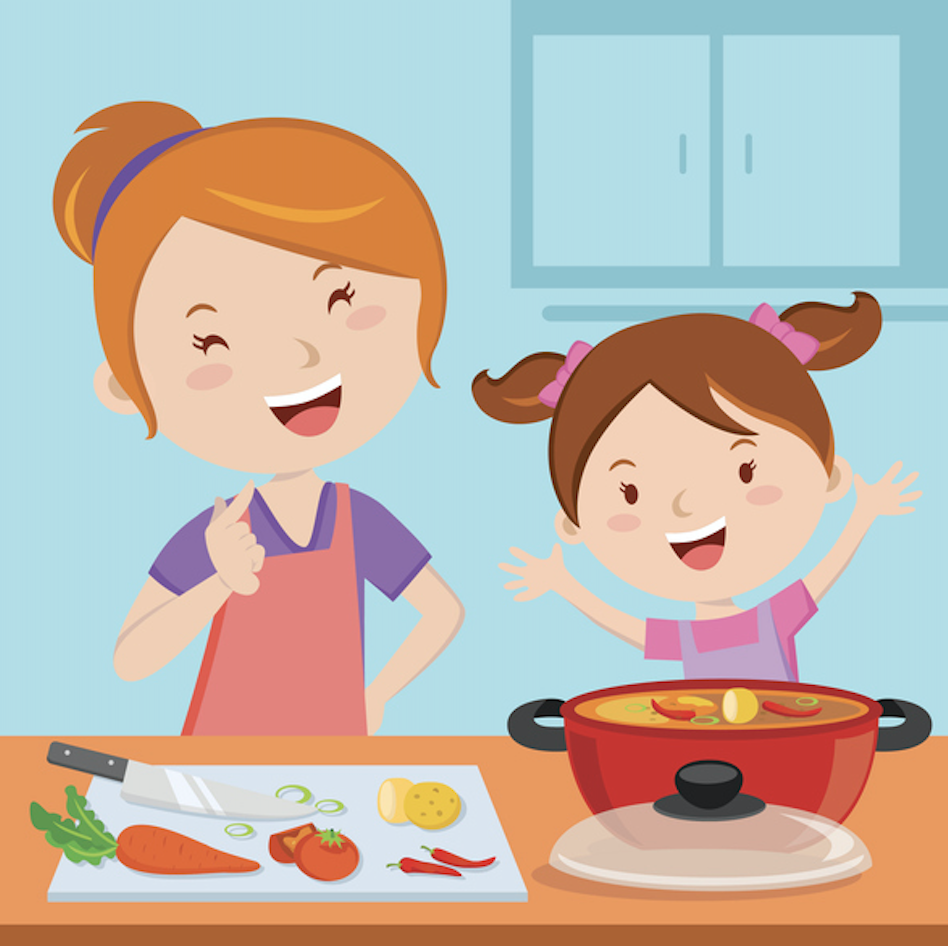 A low carb diet can be difficult to follow, especially for children. Katie Bacon explains several ways in which low carb principles can be adapted to real life

When our daughter, Bisi, was diagnosed with type 1 diabetes – in 2012, when she was six years old – we knew basically nothing about diabetes or how to manage it. So we followed the hospital’s instructions: eat 45-60 grams of carbohydrates at each meal, and up to 30 grams for each snack. But once we started getting used to the new routine at home – each meal now a mini science experiment – we began to notice that the more carbohydrates Bisi ate, the harder her blood glucose was to manage. We then began adjusting her meals to make them lower carb than what the hospital had suggested.

But it wasn’t until a couple years later, once she had a Dexcom CGM, that we aimed to eat low carb all the time, shooting for fewer than 45 carbohydrates a day, total.

Bisi was reluctant. But I told her that our family would take this on together, and that I would search out any dish she wanted and figure out a way to make a low-carb version of it. We relied heavily on Carolyn Ketchum’s site, All Day I Dream About Food, and Maria Emmerich’s The Art of Healthy Eating: Grain Free Low Carb Reinvented. For breakfast, which for us is the hardest meal to get right in terms of blood glucose levels, I would often give Bisi and her brother, Jamie, a couple of Ketchum’s Almond Flour Yogurt Waffles, which are about four carbs each.

The result? Bisi’s CGM graph was often a perfect straight line, hovering around 85, and my husband, Mark, and I – each observing the data line through Dexcom Share – would text each other phrases like “Magic waffles!”

When I look back at my recipe bookmarks from that era, now many years ago, they’re full of things like chai spiced keto mug cake and sugar-free butterbeer (a la Harry Potter). I was trying to keep up with the trends of the day for the ten and under set while avoiding real sugar and carbohydrates. Bisi’s blood glucose during this time was fantastic. The only problem, and it was a big one, was that we were fighting over almost every meal.

Having type 1 diabetes already made Bisi feel different from her friends, but she had no choice but to accept that difference. What she wouldn’t accept was being set apart by the food she ate: the pizza with the almond-flour crust, or the sugar-free dessert made with coconut flour. For a while, Mark and I stood our ground; but it became clear that Bisi’s anger over this wasn’t a stage, and that battling over everything she ate wasn’t good for her, for our relationship, or for our family.

These days, more than seven years into Bisi’s life with type 1, we’re no longer aiming for perfection, but rather for as good as possible. We encourage Bisi to eat low carb, but we don’t push it. And we don’t expect her to eat low carb when she’s at school or out with friends. On nights when I cook at home (which is most weeknights), we aim to eat low carb as a family. The goal is that her blood glucose will be in range all night, and that we won’t have to wake up to treat her.

I’ve found that Bisi responds better if I serve a meal that just happens to be low carb (say, salmon with a cucumber-avocado salsa, salad, and a side of roasted cauliflower), rather than if I announce, “Tonight we’re having paleo pizza with a cauliflower crust.” That’s when she gets suspicious that I’m trying to push low carb on her again. In fact, the other day I mentioned to her that I was writing this article, so I wanted to pay particular attention to how much insulin she gave for dinner that night, and how her blood glucose responded. She got annoyed and said to me, “Mom, I’m not going to eat low carb for your article.” I responded –truthfully – that I was serving the same kind of dinner I usually do; the only thing different was that I wanted to record her numbers. 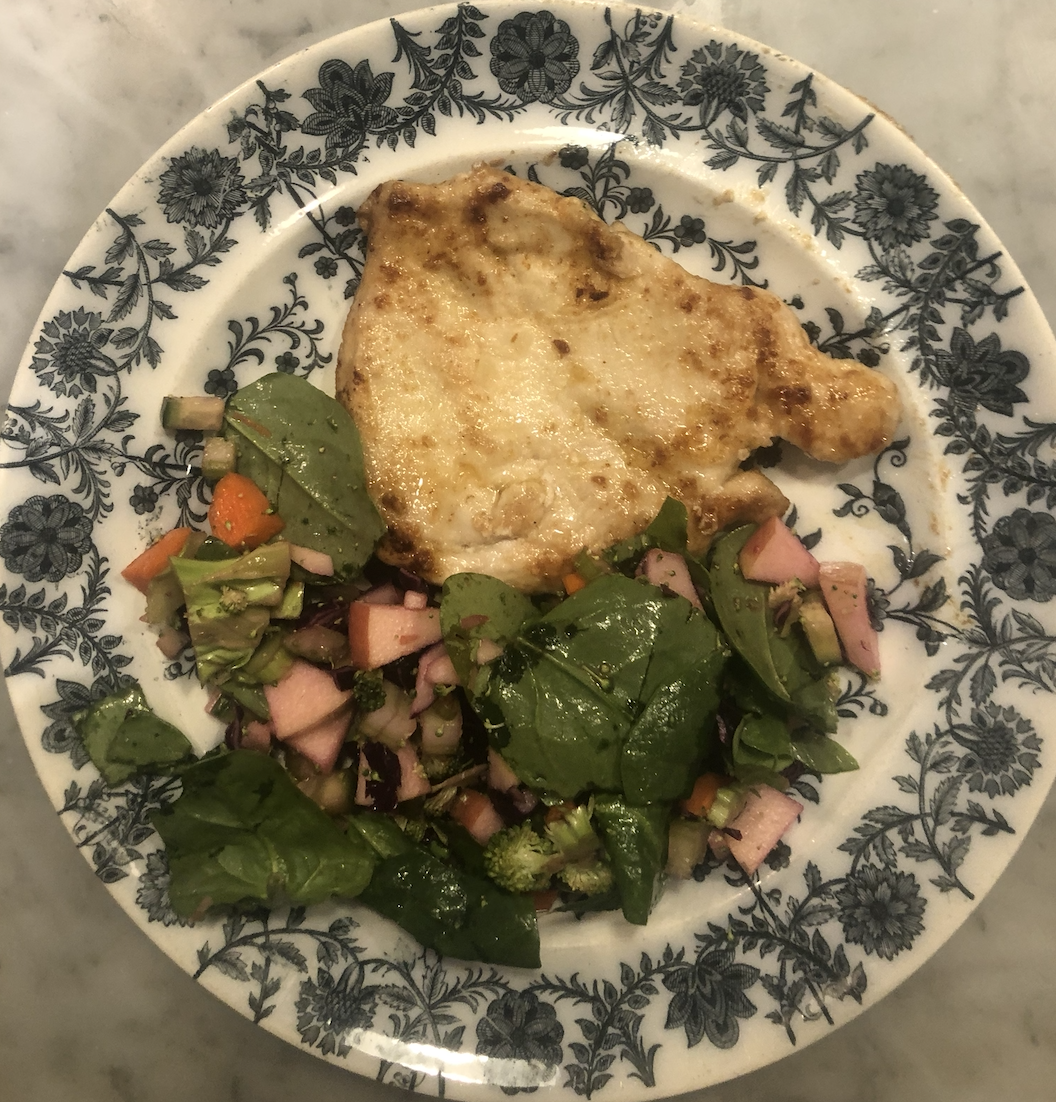 So, to get into the details, that night Bisi ate chicken cutlets, dredged in a little flour and cooked in salted butter and olive oil, along with our nightly chopped salad made with whatever is in the refrigerator (greens along with some combination of carrots, broccoli, cucumber, apple, celery, and purple cabbage). She entered 10 carbs into her pump (Tandem Basal-IQ). With a blood glucose level of 91 and a dinner carb ratio of 13, the pump called for .68 units. But a little before midnight, when I went to bed, her blood glucose level had bumped up to around 160, I think from a combination of the fat and protein in the meal, the fact that she had taken off her pump for half an hour when she showered, and that her pump had shut off multiple times when the Basal-IQ feature predicted she was going to go low. I gave her a unit of insulin, and her blood glucose level settled into the 80-100 range for most of the rest of the night. I still feel wistful for those “magic waffle” days. And I’m hopeful that Bisi over time will choose to eat low carb for more of her meals. But I think often of a conversation I had with Dr. Martha Bardsley, a pediatric endocrinologist practicing in the Philadelphia area, for an article I wrote about a child who followed a low-carb diet. She told me: “In my experience the fewer high glycemic index carbs and the more exercise, the better... That being said, the single biggest hurdle to having stable sugars close to the normal range for most kids is the psychosocial stress: the power struggles that are part of normal development, the being different, the minute-to-minute and day-to-day, and year-to-year burden [of diabetes].” This is a long journey that Bisi is on, and our family is on it with her. For us, part of that journey has been recognizing how Bisi’s personality interacts with her diabetes, and accepting what is and isn’t possible for her and for our family as a whole.

This article is part of a series on time in range.

Katie Bacon is a writer and editor based in Boston. Her daughter, Bisi, was diagnosed with type 1 diabetes in August, 2012, when she was six. Katie’s writing about diabetes has appeared on TheAtlantic.com and ASweetLife. Katie has also written for The New York Times, The Boston Globe, and other publications.

Owning My Carbs and Being Honest with Myself
1/19/21

Fighting Diabetes Fatigue with Gems from the...
3/1/21