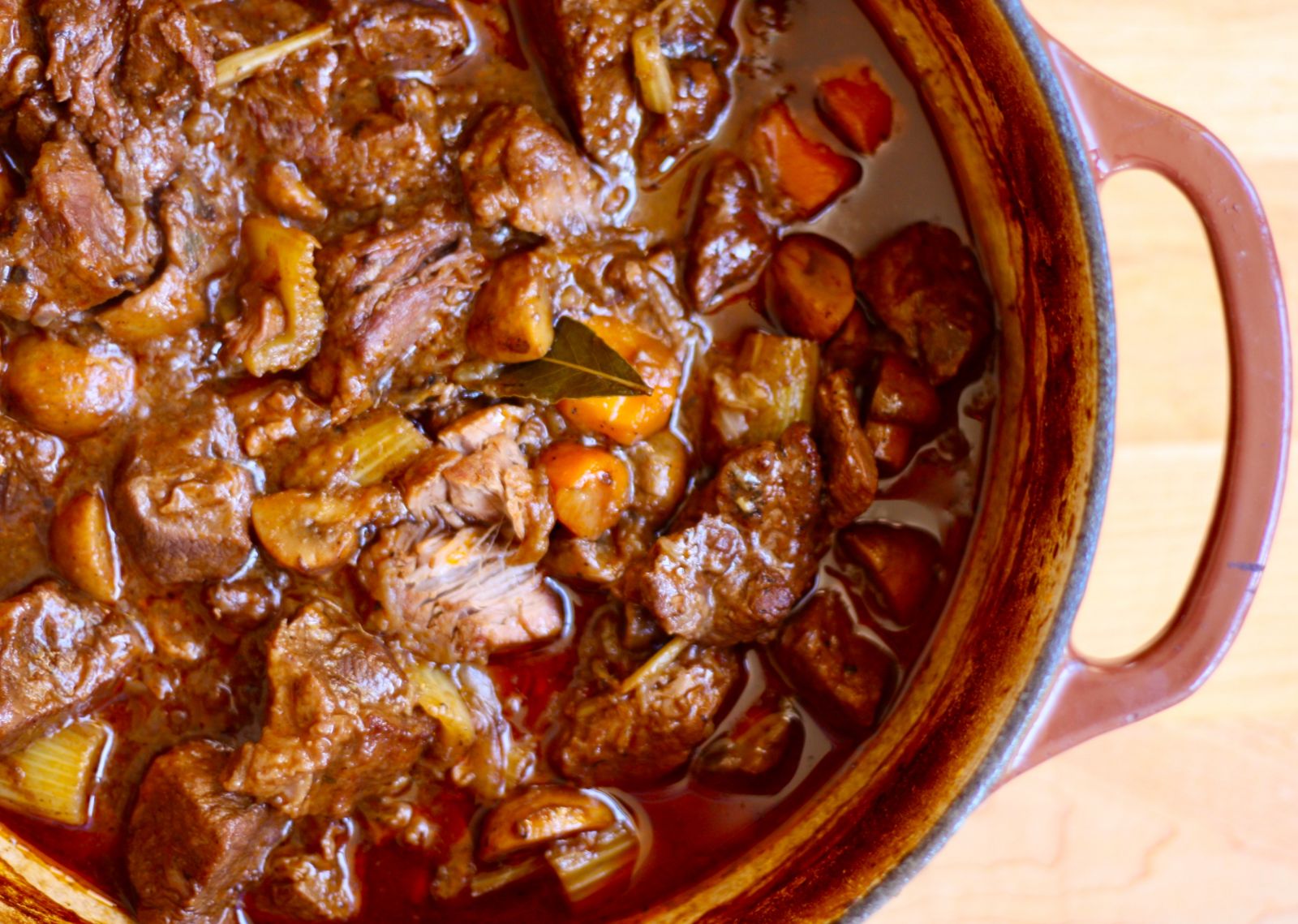 This classic stew should be the mascot of your winter kitchen. It’s completely delicious, and it smells fabulous during its long stint in the oven, filling the house with warmth and promise. I love mushrooms, and the fact that they’re healthy, but if you don’t like them or don’t have any, just leave them out. This stew takes a long time to make, but honestly, after the rigorous and somewhat tedious browning of the meat, the oven does most of the work. Serve it with Creamy Mashed Cauliflower and a nice sharply-dressed green salad.

1 pound white, button, or cremini mushrooms, halved if small or quartered if large

1 sprig of fresh thyme or a large pinch dried thyme 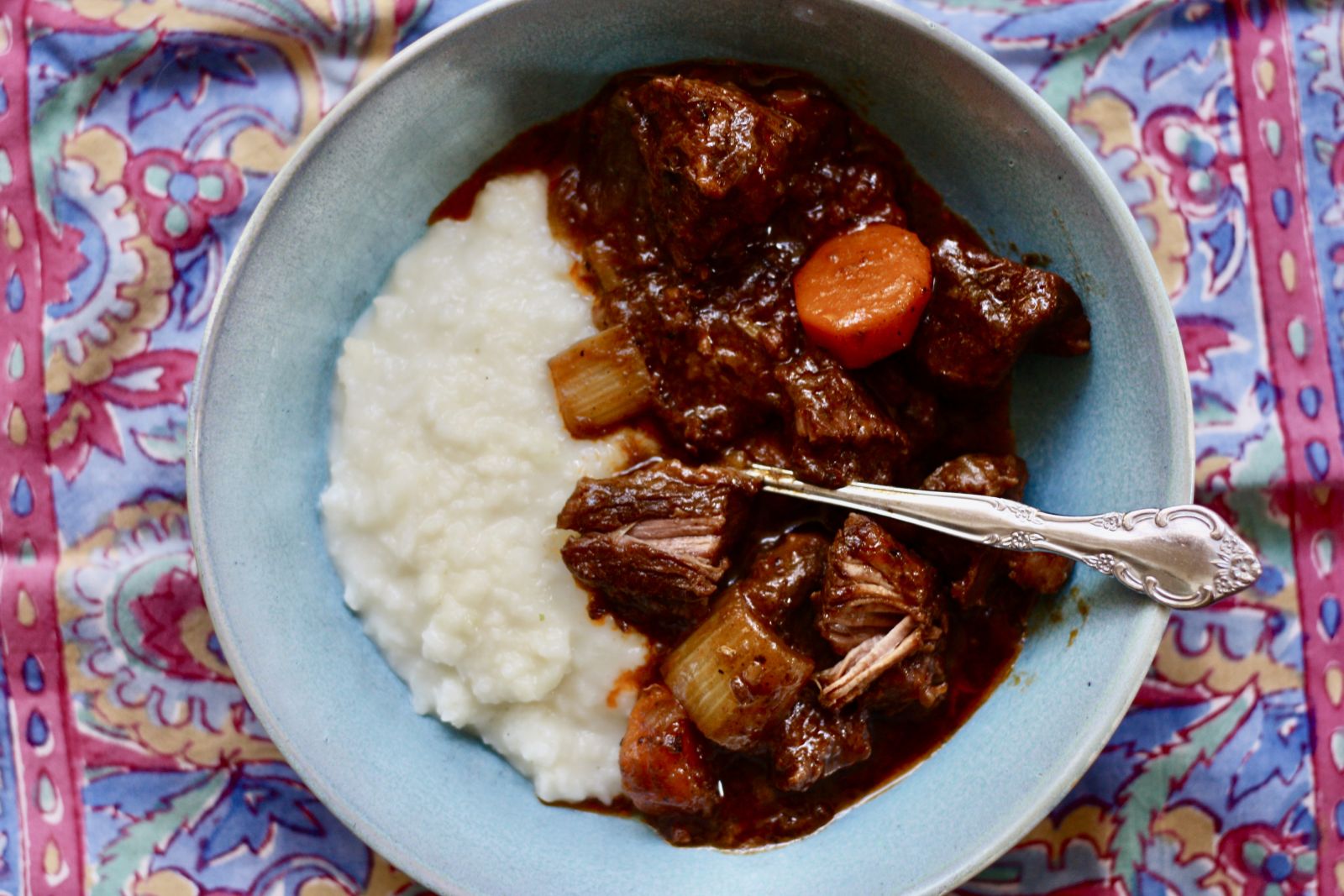 Note: Instead of putting the pot in the oven at step 6, feel free to transfer the stew to a slow cooker and cook on low for 6 – 8 hours. This method is also helpful if you don’t have an oven-proof pot.