Can “Off Label” Drugs and Technology Help You? Ask Your Doctor 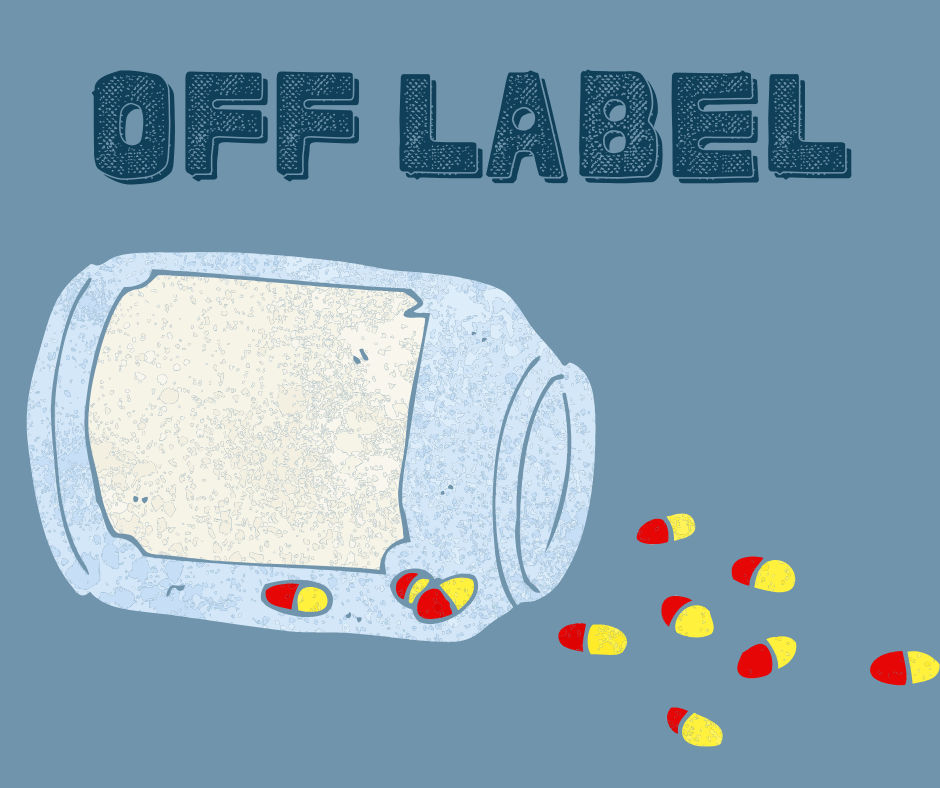 What is off-label use? How to navigate conversations with your healthcare provider and limited insurance coverage

Diagnosed in 1986 with type 1 diabetes, I had very few treatment options outside of insulin that were available and approved for me to use, especially as a young child. As I grew older, my pursuit of pregnancy limited my medication choices to those that were approved and proven to be safe for my child and me.

But throughout my adult life, I constantly heard of people in the diabetes community using drug and device therapies off-label. It wasn’t until I ruled out future pregnancies (my endo was very conservative about discussing anything off-label when I was even casually thinking about pregnancy) that I began to pursue that path as well.

What is off-label use?

The FDA cites “off label” use as “unapproved use of an approved drug,” meaning there aren’t studies to prove safety and benefits for populations or uses outside of the FDA approved one(s). In the diabetes community, that can mean anything from use of approved closed-loop insulin pumps during pregnancy to the use of SGLT-2 inhibitors in people with type 1 diabetes.

There are many medications approved for type 2 diabetes that may also benefit people with type 1 – and people are hearing about them, prompting discussions with healthcare teams about using these therapies off-label.

Things have changed in diabetes care over the years, with do-it-yourself (DIY) devices and off-label use discussed more openly. This is in part because the diabetes community is embracing the idea of #wearenotwaiting – if there are therapies that can make a beneficial difference now, we’re working to use those therapies ASAP and not waiting for regulatory approval. Sometimes, this means exploring treatments that are not yet approved for a specific use by the FDA but where anecdotal evidence is encouraging.

However, even if you think a drug or device might be right for you, your healthcare team may not be comfortable with these discussions or prescribing the therapy. Another huge barrier is coverage by insurance companies, because some therapies, when not covered by insurance because they are not approved for the condition, are very expensive.

How do you get your healthcare team on board with off-label?

Getting your care team to the table for off-label discussions can be an exercise in careful and honest conversation, but consensus can be reached.

In my experience, off-label discussions were next to impossible with my previous endocrinologist, but that’s mainly because I hadn’t ruled out future pregnancies at the time. Once I was past that possibility, I changed endocrinologists (just to be closer to home). My new endocrinologist also has type 1 diabetes. Raising issues with him was easier than with any other endocrinologist I’ve ever seen because he not only had the educational expertise, but he also walked the walk with type 1 diabetes himself.

“Do you prescribe off-label?” I asked him during one of our first meetings. “I do, depending on the person and the circumstances,” he said. Which opened the floodgates of discussion as I whipped out a list of therapies I’d heard about over the years and wanted more information.

The first thing I asked about was inhaled insulin.  Then a GLP-1 agonist. Then lots of talk about using different insulins in insulin pumps. (I had waited a long time to ask these questions, so they all came out at once.) For each topic, my doctor wanted to know why I wanted to try it. He also wanted to discuss the benefits and risks, and how it fit with my medical history. 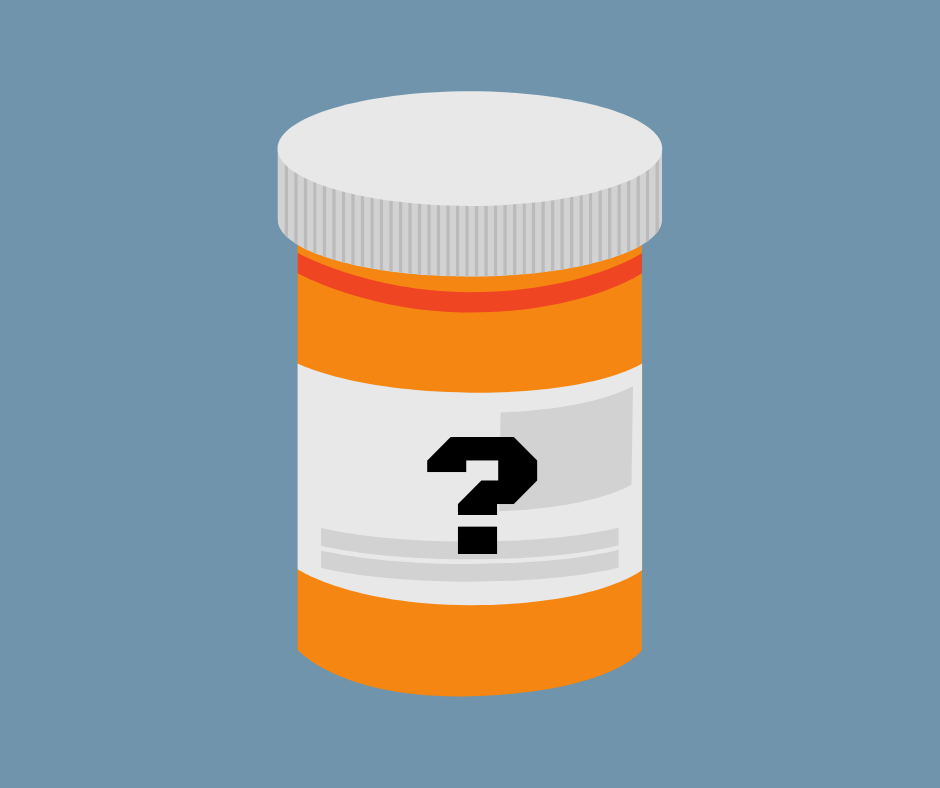 Understand how the drug works, the benefits, and possible consequences. If you are considering off-label use, Abby, an RN CDE also living with type 1 diabetes, suggested “to research how the therapy works, what the potential benefits and consequences are, and be willing to say ‘I will take full responsibility if things don’t go as planned.’ And be prepared for a “no” because this is a healthcare provider’s license, livelihood, and reputation you’re asking them to put on the line. From my experience, we tend to use the stance that if someone can afford to fail an off-label therapy, and can navigate the failure successfully, that person is more likely a candidate. From looping to type 1 and SGLT-2 – if you know the person can recognize symptoms of diabetic ketoacidosis (DKA) and address it appropriately, you will be more likely to ‘let them’ do it.”

Share examples of how the drug has been used successfully off-label. For Melissa Lee, who lives with type 1 diabetes, it has often been her healthcare provider who brought up off-label use as an option, “but I doubt that’s the norm,” she said. “I think it’s best to start the conversation with some kind of study, blog post, or anecdote you can point to about having heard someone else using it off-label with success. Healthcare providers are generally more comfortable with something proven to be both safe and effective, even anecdotally. It’s helpful to be able to say, ‘I’ve heard that some people with type 1 diabetes have seen improvements in weight loss, insulin resistance, glucose management, etc., by using therapies originally intended for people with type 2 diabetes. I’d like to discuss whether that could be a good option for me.’”

The challenge of insurance coverage for off-label use

In my conversations with my doctor, we walked through plenty of potential pros and cons, and the main issue we kept butting up against, as a team, was insurance coverage. “I’m willing to prescribe it, but your insurance company may not pay for it,” he said.

After talking online with several other people with type 1, I heard over and over that doctors would prescribe a medication off-label but an insurance company would not pay for it. Honestly, that has been the biggest hurdle in adopting off-label therapies for me, and it is clear that I’m not alone. I personally have tried Victoza and more recently Ozempic, and for a short spell, Invokana, but my access to these medications was limited to samples provided by my healthcare provider, which meant I wasn’t able to use these drugs long term unless I was willing to pay out-of-pocket for them.  My insurance company did not cover these medications for people with type 1. (And the out-of-pocket expense is pretty intense.)

Sarah Chagdes, diagnosed with type 1 diabetes in 1994 at age ten, cites unpredictable insurance coverage and fluctuating cost as an issue. “My doctor urged me to try Trulicity, a GLP-1 agonist, a year ago and gave me a month of samples. It was great, but my insurance only covered 50% of the costs, which would have cost me $760 a month. So, we tried Bydurion, another GLP-1 agonist, which was covered, but it gave me huge itchy welts at the injection site. We switched to Victoza. It was covered and worked well enough. This year Trulicity is covered and costs me $30 a month, so I switched back.”

Companies often have coupon cards that can be used to reduce cost. “Many doctors have coupon cards from companies which cover a large portion or in some cases all of the cost,” said Tina Roth, the CEO of the College Diabetes Network who also has type 1 diabetes. “Make sure to ask. If your doctor doesn’t have these, reach out to the company to find out about coupon cards or assistance programs.” Often, doing an online search for “[drug name] + copay card” will get you straight to the correct resource.

The future of off-label

There are studies for many off-label therapies taking place aiming to prove benefits and safety for people with diabetes. Approvals are coming in, but never fast enough for folks who have been waiting. Sometimes, a drug will show some benefits in certain groups, but a company may not decide to move it forward towards an official approval (e.g., Victoza in type 1 diabetes). If you want to be part of a trial, the JDRF Clinical Trials Connection and antidote.me are great resources to find opportunities. Also, keep checking diaTribe’s Trial Watch column for clinical trial opportunities.

Kerri Sparling has been living with type 1 diabetes since 1986, diagnosed at the age of seven. She manages her diabetes and lives her life by the mantra “Diabetes doesn’t define me, but it helps explain me.” Kerri is an internationally recognized diabetes advocate. She is the creator and author of Six Until Me, which from May 2005 to May 2019 was one of the most widely-read diabetes patient blogs, reaching a global audience of patients, caregivers, and industry. She has been featured on NPR, US News and World Report, CBNC, Yahoo! Health, LA Times, The Lancet, Whole Living, Disney’s Family.com, and Family Circle, among other national outlets. In addition to her writing, Kerri is a highly-rated speaker and has presented the patient perspective to audiences around the world. She works to raise awareness for diabetes, patient advocacy, and the influence of social media on health outcomes. Her first book, Balancing Diabetes (Spry Publishing), looks at type 1 diabetes in the context of “real life.” Kerri and her husband live in Rhode Island, USA, with their two children. You can follow her writing and the release of her next projects at KerriSparling.com.