Can You Pass Diabetes on to Your Children? 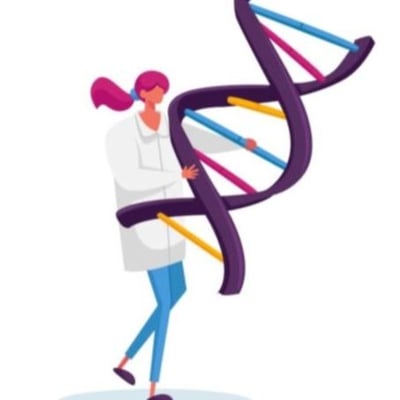 What is the risk of passing diabetes on to your children? Research shows that diabetes has a genetic component, but what does that mean?

No parent wants their child to experience undue adversity or stress, and the challenges of diabetes are no exception. If you have diabetes and are thinking of starting a family, you may have questions about the likelihood of passing diabetes on to your children. But how much of having diabetes is genetic? If you have diabetes – type 1 or type 2 – will your children, too? Can you pass diabetes down to your biological children, the same way you can with other traits like hair and eye color?

The answer is complicated, but it comes down to how strongly genetic inheritance – the genes we get from our parents – influences our health.

What is a gene?

Genes, which are sections of genetic material (your DNA), are the basic physical units of inheritance and are passed down from your parents. Our genes carry the instructions for making molecules, such as proteins, which ultimately make up our bodies and our physical traits like hair and eye color. They can also influence your likelihood of developing certain health conditions.

How genetics plays into diabetes

While a person’s genes absolutely influence their health, so does the environment. A person can be genetically predisposed to developing type 1 diabetes, but it is widely believed that an environmental factor is needed to trigger its onset. In type 2 diabetes (T2D) it is clear that both genetics and environment play a role.

Maturity Onset Diabetes of the Young (MODY) is a less common type of diabetes that is strongly genetic – it is caused by a mutation in one gene, usually passed down from parent to child. In this case, a person’s genetics may contribute to the development of diabetes more than their environment.

Because genes are passed from generation to generation, many people with diabetes worry about passing the condition on to their children. Ashley Wendl, a mother of three, was diagnosed with T1D at five years old.  When she and her husband – who also has T1D – wanted to start a family, they talked about what having diabetes might mean for their children.

“Let’s be honest, that’s what everyone was asking us – friends, family, colleagues, everyone,” said Wendl. “I talked with my gynecologist and endocrinologist, and they both essentially said it was impossible to know if our kids would develop type 1.”

While it is true that we cannot predict if a person will develop T1D, studies have shown that children of parents with T1D have an increased likelihood of developing the same health condition.

According to a review published by the ​​National Institute of Diabetes and Digestive and Kidney Diseases, it is estimated that 1 in 300 children in the United States will develop type 1 diabetes by age 20. That likelihood increases to 1 in 40 for children of a mother with T1D, and 1 in 15 for children of a father with T1D.

The American Diabetes Association (ADA) estimates similar numbers, but breaks the odds down according to the mother’s age.

If a mother with type 1 diabetes has a child when she is older than 25, the likelihood that her child will develop T1D is 1 in 100 – those odds increase to 1 in 25 if she is younger than 25 when she has her child. If you and your partner both have T1D, the likelihood of your child developing T1D increases to somewhere between 1 in 10 and 1 in 4. Notably, the odds about double if you (or your partner) developed diabetes before age 11.

Dr. Serge Jabbour, professor of medicine and the director of the Division of Endocrinology, Diabetes & Metabolic Diseases at Sidney Kimmel Medical College at Thomas Jefferson University in Philadelphia, explains these statistics to people with diabetes who are planning to start a family.

“Multiple genes are reported to influence the risk of type 1 diabetes,” said Jabbour. “The lifelong risk of type 1 diabetes is markedly increased in close relatives of a patient with T1D, averaging approximately 6% in [their children], 5% in siblings, and 50% in identical twins – versus 0.4% in subjects with no family history.”

It is important to keep in mind, however, that “familial” cases account for less than 10% of type 1 diabetes in the general population. More often, cases of T1D happen spontaneously in people who have no family history of the health condition.

But, as mentioned above, genetic predisposition may not always be enough for someone to develop T1D. Environmental factors may also contribute, including perinatal (the period around the time of birth) factors such as the mother’s age and child’s birth weight, as well as history of viral infections and the child’s early diet.

For T2D, the onset of diabetes comes from an interaction between genetics and the environment. However, studies suggest that T2D actually has a stronger link to family history than T1D. According to Jabbour, about 40% of people with T2D have at least one parent with the disease.

“The lifetime risk for a first-degree relative of a patient with type 2 diabetes is 5 to 10 times higher than that of age- and weight-matched subjects without a family history of diabetes,” said Jabbour. A first-degree relative would be a parent or sibling, for example. Still, “type 2 diabetes is a disease [involving many genes], with likely thousands of genetic factors contributing to disease risk together with complex interaction with environmental factors.”

Notable environmental contributors in T2D include BMI; lifestyle factors such as diet, physical activity, stress; as well as certain medications.

Wendl says that while her doctors’ uncertainty regarding T1D was not reassuring, it was surprisingly somewhat helpful, too.

“Everyone we talked to told us, ‘If it happens, it happens, and you two are probably the best people to have it happen to because you both know what to do,’” recounted Wendl. “Will it be stressful if it happens? Sure. Would you ever want your children to develop this condition? Absolutely not, but it’s livable, and technology has come so far since my husband and I were diagnosed.”

Jabbour shared a similar perspective. “For type 1 diabetes, there is no prevention yet for high-risk patients, but I emphasize the low risk and the fact that even if type 1 diabetes occurs, it is [more] easily managed nowadays with all the newer insulins and state-of-the-art technology,” he said, citing insulin pumps and continuous glucose monitors.

“I didn’t want to rule out carrying my own child just because I’ve had this disease – that I didn’t wish for – for so many years,” said Wendl. “I would never want my child to have to live through all the trials and tribulations that come with diabetes, but I also know that it brought so many people into my life that are still a part of my life today – my husband being one of them.”

Their children are now four years, two years, and 3 months old, and have not been diagnosed with type 1 diabetes. When asked about her biggest piece of advice for couples in a similar situation, Wendl shared a perspective combining both courage and optimism.

“Do your research, talk to your endocrinologists, talk to your OB/GYN – but don’t let what they tell you decide for you,” said Wendl. “Weigh your options, talk it over with your spouse, and think about what you both want. I am a huge believer that there are much worse things in life than type 1 diabetes, so don’t let the fear of your child getting type 1 stop you from creating your family the way you want.”