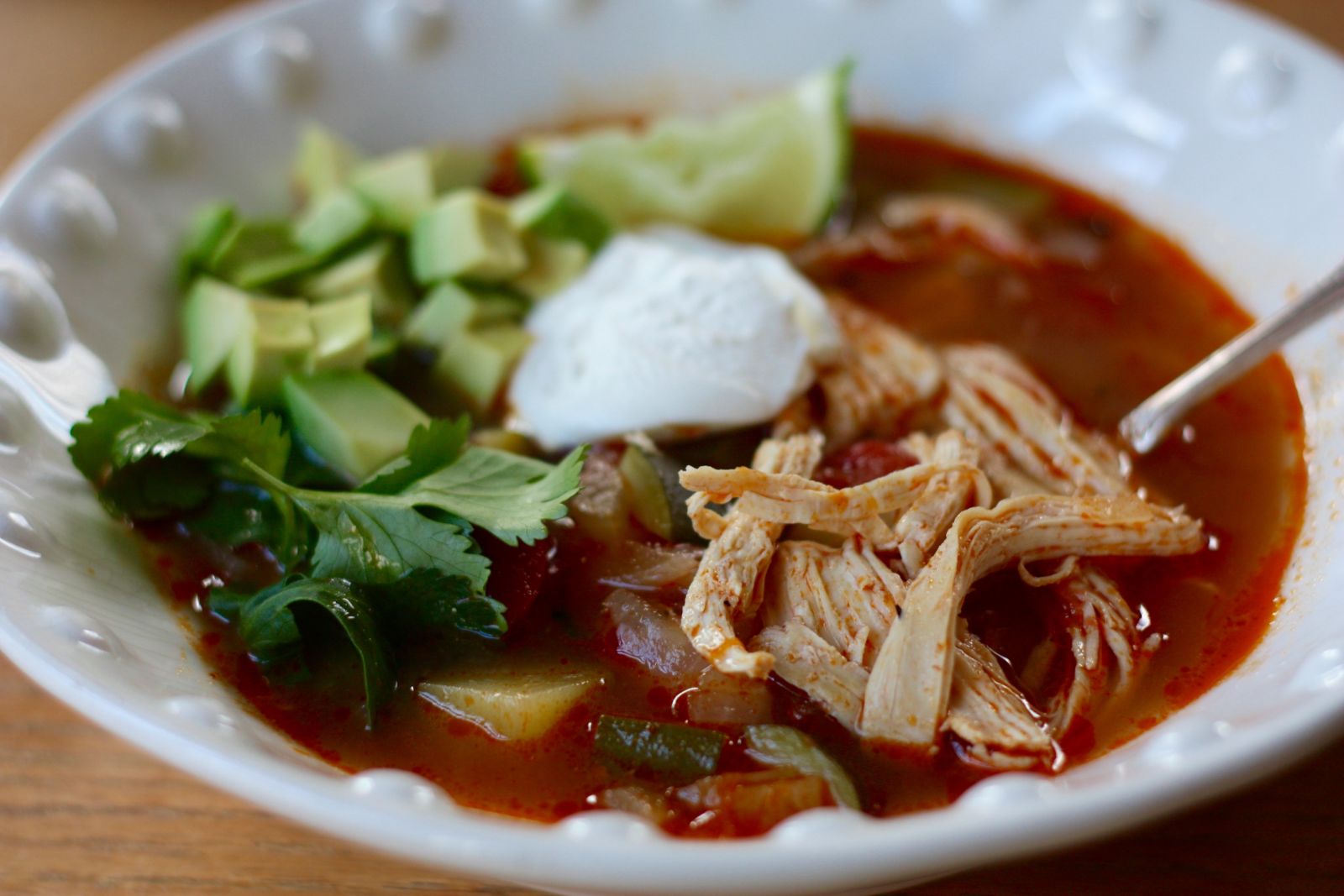 If this fantastic, spicy soup had tortillas in it, I would probably call it Tortilla Soup; if it had hominy, I might call it Chicken Posole. Instead we are keeping out the high-carb ingredients, but packing the soup with plenty of smoky broth and shredded chicken, along with delicious extras like avocado and sour cream. This is the kind of meal where it’s actually nice to let folks garnish their own bowls: put out little bowls of the avocado, sour cream, cilantro, and lime wedges (feel free to add more extras, such as chopped onions, shredded cheese, and toasted pepitas), and everyone can help themselves.

One last note: it is perfectly okay to use already-cooked chicken, such as grilled leftovers or meat shredded from a rotisserie chicken. Just stir it in after the soup has finished cooking.

* If you buy commercial "chili powder," such as McCormick's, it will likely be a blend of seasonings, including cumin, oregano, and garlic—which is actually perfect for this soup. But if you happen to have pure chili powder (the kind that’s just ground dried chiles, such as ancho or New Mexican) feel free to use that instead. You can add a bit of cumin and oregano in that case, or not.

** To make spicy, smoky chipotle puree, I buy a small tin of chipotle peppers in adobo sauce (if there's a Mexican section of your supermarket, you'll be able to find it there), puree it in the blender, and store it in a clean glass jar in the fridge, where it keeps almost forever as long as you don't stick a dirty spoon (or finger) in it. I find this incredibly handy to have around for those times you want to stir a bit of smoky heat into something like chili, mayonnaise, or salsa.