Up Close with Medtronic’s New MiniMed 640G System in Europe 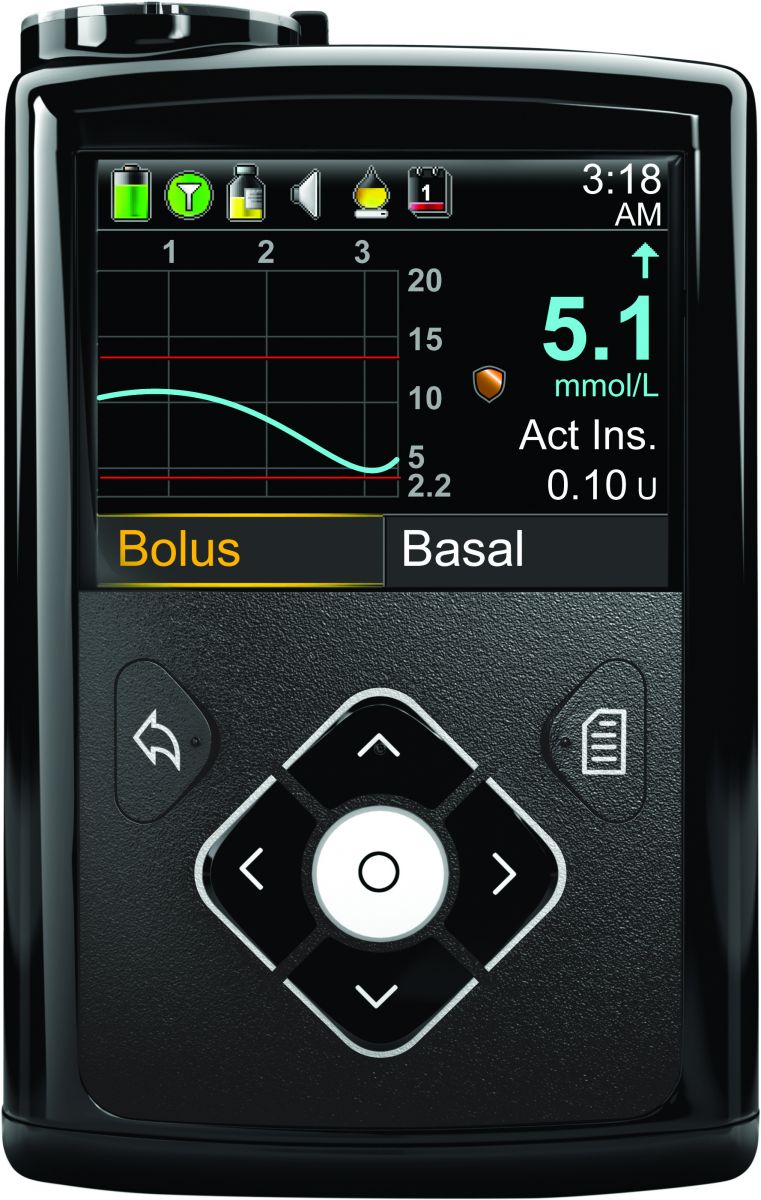 Medtronic Diabetes shared several exciting updates on its MiniMed 640G system and Enhanced Enlite CGM (“Enlite 2”) at this year’s ATTD Conference in Paris. The MiniMed 640G features “SmartGuard” technology, which will suspend insulin delivery if hypoglycemia is predicted to occur within 30 minutes (based on the CGM reading). The system automatically resumes insulin delivery once glucose levels start to recover. The MiniMed 640G is an exciting step beyond the MiniMed 530G/Veo, which could only suspend insulin delivery once hypoglycemia was reached, and it automatically stayed suspended for two hours (unless manually turned back on).

The MiniMed 640G was launched in Australia this January, and is now also available in the UK and Denmark. An FDA submission of the system is expected later this year (the pivotal trial is ongoing), meaning the 640G could launch in the US sometime in 2016, although we think many things will need to go right to achieve this aggressive timeline.

At ATTD, we had the opportunity to handle the new system ourselves and to hear new clinical trial data. Bottom line, hypoglycemia prevention is definitely the strong suit of the 640G, though the pump’s design improvements are an equally big win. We think it’s a particularly valuable option for those with hypoglycemia unawareness, a history of severe hypoglycemia, or who fear nighttime lows.

diaTribe Plays with the 640G – Our Biggest Takeaways

We got the chance to play with the 640G systems ourselves during a Medtronic workshop. Our key takeaways on the system’s design are:

Medtronic also shared results from a 100-patient, two-week clinical trial, in which participants were randomized to use the 640G with or without the SmartGuard insulin suspend technology. Notably, SmartGuard led to a 41% reduction in hypoglycemic events per week (glucose less than 65 mg/dl), and a 41% reduction in time spent in hypoglycemia. The trial did find that time spent in hyperglycemia (above 140 mg/dl) was a bit greater with SmartGuard turned on, though this difference disappeared for time spent above 180 mg/dl. This is perhaps to be expected – since SmartGuard stops the flow of insulin when heading low, there might be a slight elevation in mild hyperglycemia. Larger studies are ongoing to more fully demonstrate how the technology impacts hypoglycemia and A1c.

A US trial of the MiniMed 640G and new Enlite 3 sensor is ongoing. As we mentioned in our previous diaTribe coverage, Medtronic expects to submit the system to the FDA later this year. The company is hopeful for a launch by April 2016, assuming things go well with the FDA.

At ATTD, we also heard new details on the MiniMed 670G with Enlite 3, which Medtronic has called its “hybrid closed loop” system. In this system, patients would only need to bolus for meals, and the 670G would take care of the rest in the background. Based on the CGM reading, the pump’s software will change insulin delivery to target a blood glucose of 120 mg/dl. The 670G algorithm will be fully integrated within the pump itself, so a patient would only wear the Enlite sensor and the MiniMed 670G pump – no need to carry a separate CGM receiver. A recent clinical trial at diabetes camp demonstrated excellent results at night – patients on the MiniMed 670G spent 80% of the night between 70 and 180 mg/dl, and spent 83% less time at glucose values below 50 mg/dl. Medtronic is further tweaking the algorithm, as it did not do quite as well during the day.

At the JPM conference in January, Medtronic announced plans to launch the 670G in the US in 2017 and internationally in 2018. It’s exciting to see this progress towards automated insulin delivery, and we hope the company can plow ahead to meet the ambitious timelines. –AB/AJW