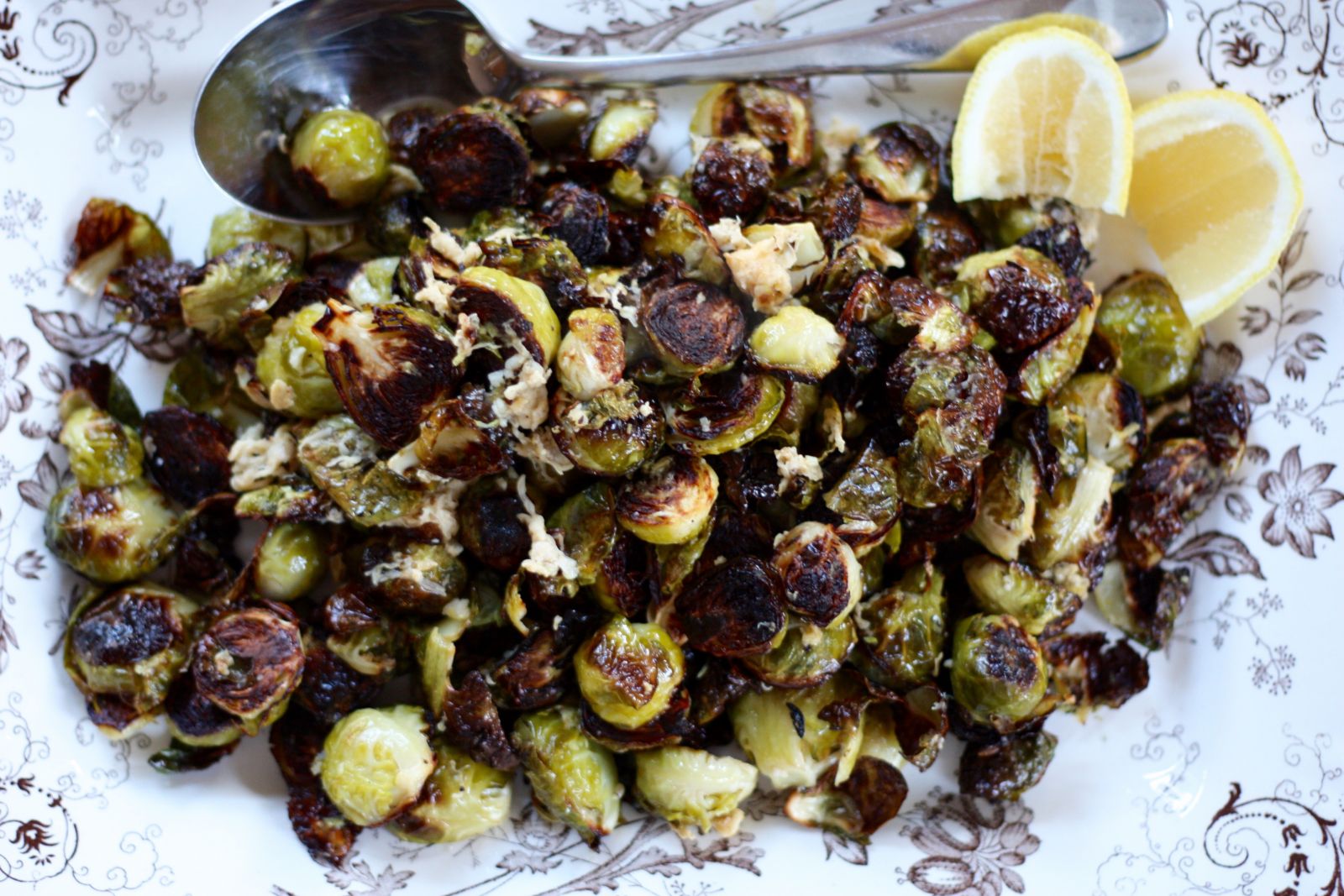 These are so good, honestly—so burnished and zippy and perfectly bittersweet—that even without the cheese they’re (nearly) perfect. So if you’re looking to eliminate a single ingredient/step/rich thing from your holiday meal, the parmesan is a fine thing to skip. But it adds a lovely salty crispness, so go ahead and use it. #mixedmessage One beauty of this recipe is that it’s great at room temperature, so you can make it as early in the day as you need to. Plus, if the oven temperature has to be 400 for the sake of other recipes, you can work with that. Just put the pan in to preheat for a bit longer (10 minutes) and plan for the sprouts to bake longer too.

2 pounds Brussels sprouts, trimmed of grungy ends and cut in half (if any are especially teensy, you can leave them whole)

1 or 2 lemons, scrubbed well and dried

1 clove garlic, peeled and finely minced or put through a garlic press

1. Heat the oven to 450 while you trim and halve the Brussels sprouts. When you’re almost done with the sprouts, put a rimmed sheet pan in the oven to heat (for around 5 minutes).

2. Put the trimmed, halved sprouts in a large bowl and drizzle with the olive oil and salt, then stir vigorously with a rubber spatula to combine.

3. Pull the hot sheet pan out of the oven (potholders!) and tip in the sprouts along with any of their stray leaves. Arrange them cut-side down, even though I feel like there’s really no tool but your hands for this, so do it carefully, then put them on the bottom rack of the oven to bake. Set a timer for 15 minutes. They will probably be optimally baked at 20 or 25 minutes, but peek at it a little early: when the sprouts are tender, deeply browned, and crisping, they’re done. (Keep the oily bowl, which you can reuse in step 5, unless washing bowls is your special thing.)

4. Meanwhile: Grate all the zest from one of the lemons, then juice the lemon and measure the juice. If it’s less than ¼ cup, then juice the other lemon too until you reach ¼ cup. Stir together the lemon juice and zest with the garlic and a good grinding of black pepper, and set this aside. 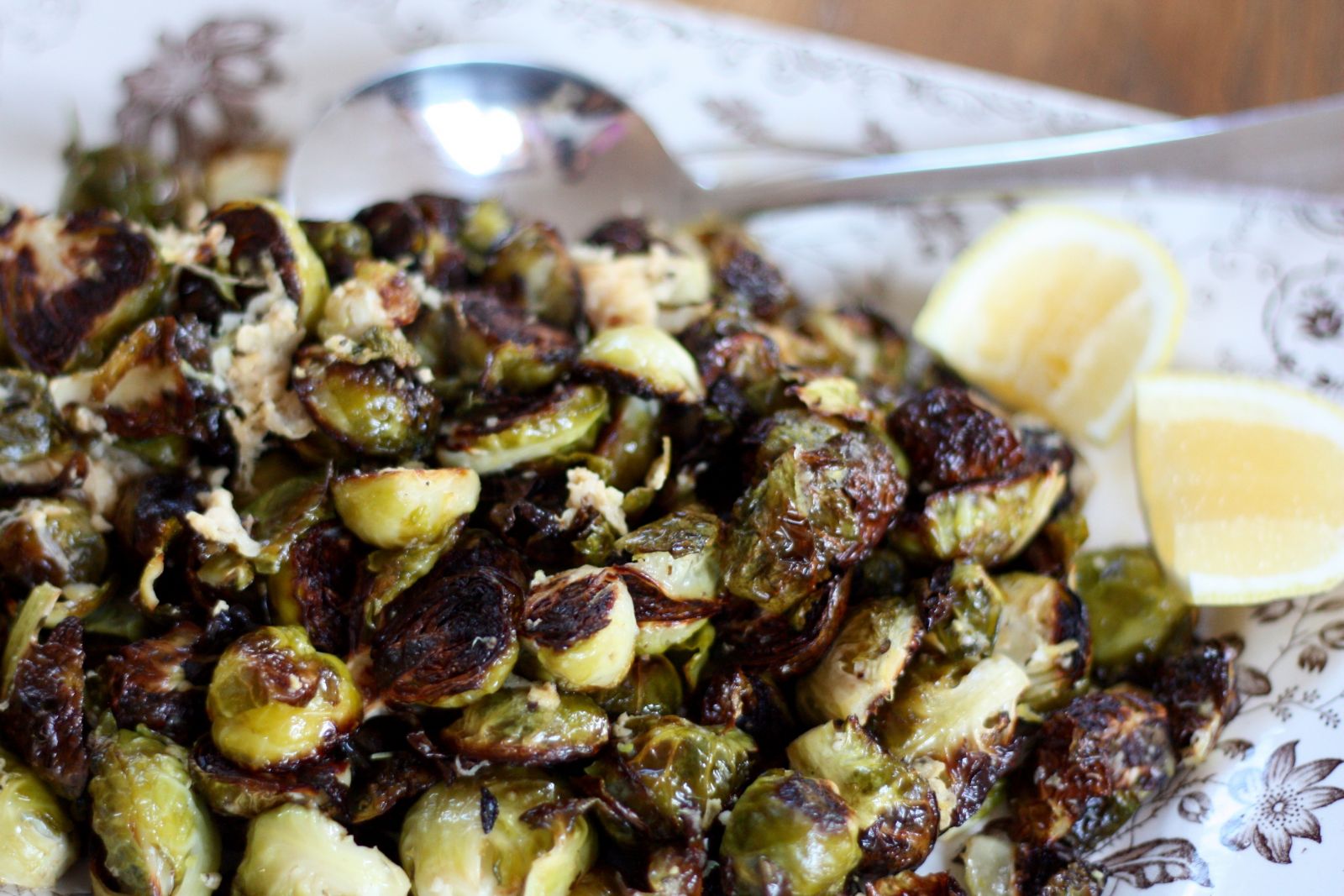 5. When the sprouts are done, turn them around a bit with the spatula, then sprinkle them with the cheese and pop them back in the oven just until the cheese is crisping and browning, which will take just a couple of minutes.

6. Put the sprouts back in the bowl and pour the lemon mixture over them. Mix well, then taste for salt and re-season as needed before transferring to a serving platter.