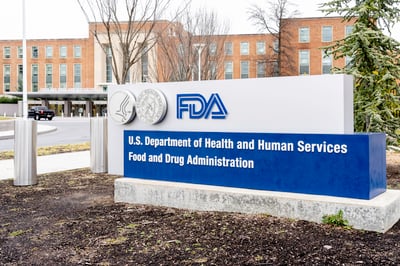 Earlier this week, Dexcom announced its decision to re-submit the software for the much-anticipated G7, pushing back the US launch date until later in 2022. Here’s why it took this step and what this means for the launch of the G7.

In an unexpected turn of events, Dexcom announced that the US launch of its new continuous glucose monitor, Dexcom G7, has been delayed. During evaluation of the new device, the FDA raised several questions about the updated software for the G7 amid Dexcom’s plans to re-work how the device and app deliver alerts to users.

“We are in the middle of revising the software and have to run it through the complete validation and verification process and resubmit,” said Dexcom CEO Kevin Sayer during the July 28th earnings call.

Sayer elaborated on the complex FDA review process, in which each new feature must be reviewed as part of the overall approval process.

“We changed the algorithm, we changed the insertion techniques, we changed every manufacturing procedure that we have and completely rewrote the entire app and the software experience. That’s a lot for [the FDA] to digest and a lot for us to submit,” Sayer said. “If I look at learnings for us over time, I think we will probably do things a little more incrementally going forward, rather as big as this one was, and we can get things through faster.”

Dexcom G7 received a CE-clearance in March 2022, allowing Dexcom to launch the G7 in Europe. The device is being rolled out in a limited launch in the UK and Sayer said the FDA review that led to the delay in the US has not affected Dexcom’s anticipated timeline for a full launch across Europe before the end of 2022.

Dexcom has revised its timeline for launching in the US, to an expected limited launch in the fourth quarter of 2022, followed by the full launch at the beginning of 2023.

Sayer declined to comment on a date for the FDA clearance based on rumors of an expected US launch in the second half of 2022. Sayer told diaTribe at the American Diabetes Association annual conference in June 2022 that the G7 promises to be a significant improvement over the G6.

“When updating from the G5 to G6, we may have underestimated what a difference G6 would make for our users,” Sayer said. “This [update] I expect to be even bigger.”

Some of the updated features of the G7 include a smaller size, improved accuracy, and faster warm-up time.

For more details about the technical features of the G7, read our article: An Inside Look at the Dexcom G7.