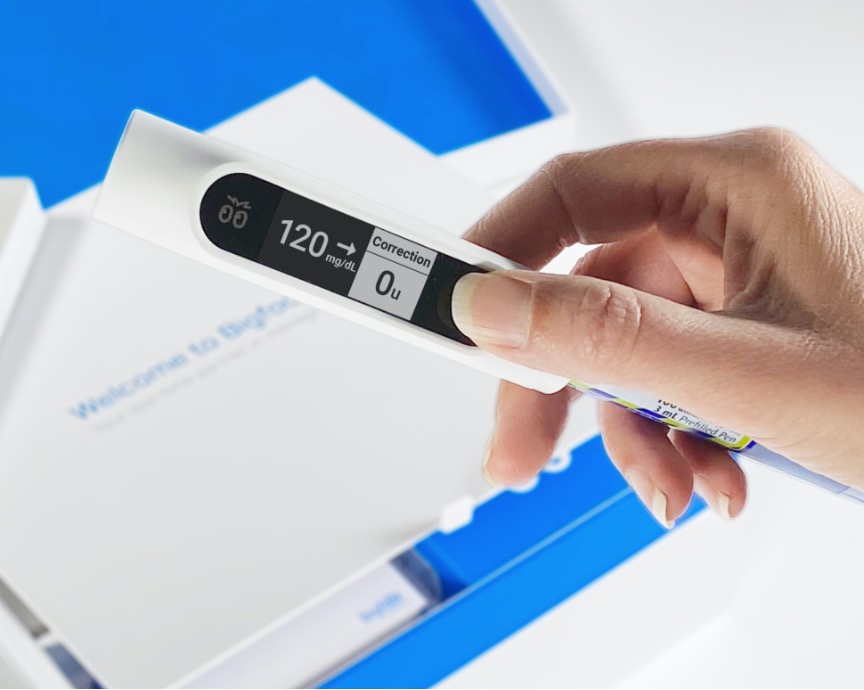 The Bigfoot Unity Diabetes Management System was recently cleared by the FDA for people with diabetes over the age of 12. The smart insulin pen cap fits right onto most commercially available disposable insulin pens and uses glucose data from the FreeStyle Libre 2 continuous glucose monitor (CGM) and instructions from your healthcare professional to provide an insulin dosing recommendation. Bigfoot Unity is the first technology of its kind – it’s the only smart pen solution that works with disposable insulin pens (Medtronic’s InPen is the other FDA-cleared smart insulin pen) – and it will make it easier for people with diabetes to take the right dose of insulin based on their glucose levels. Bigfoot Biomedical CEO Jeffrey Brewer told us that the new system is designed to help answer the question: “How much insulin would my doctor recommend I take right now?”

To start, use the bolus smart pen cap to scan the FreeStyle Libre 2 sensor (rather than scanning the sensor with a reader or phone app). After scanning your CGM, your glucose value is automatically sent to the smart pen cap, and the data is used to recommend an insulin dose based your pre-determined physician’s instructions. The recommended insulin dose is displayed on the pen cap, along with your current CGM value and trend arrow. To avoid stacking insulin, the smart pen cap records the time of your most recent dose – if you scan within three hours of taking insulin, the system knows that there is active insulin on board and will not recommend a correction dose. Users can also see the meal doses on the pen cap that their healthcare professionals recommended. Having all of this information in one place – on the pen cap – is designed to make insulin dosing easier. 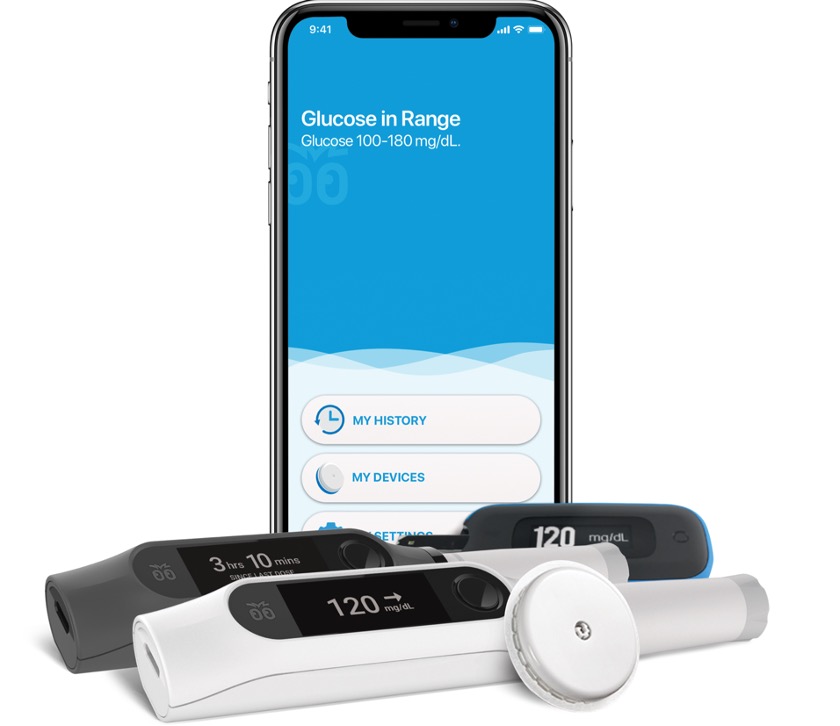 The Bigfoot Unity app shows previous FreeStyle Libre glucose data and insulin dosing data. While the app and pen record the timing of your doses and how much insulin was recommended (rather than the actual amount delivered), you can manually enter how much insulin you took. Dose timing is how the system accounts for active insulin on board, to help you avoid stacking insulin. The app also automatically uploads your data to the Bigfoot Clinic Hub to share with your healthcare team so they can monitor your diabetes management both between visits and during appointments. The Bigfoot Unity report shows a person’s ambulatory glucose profile (AGP) report; users can share their data and this report with loved ones and care-partners from the app.

The system has two real-time hypoglycemia alarms: a mandatory alarm when glucose levels are 55 mg/dl or lower, and an optional alarm for glucose levels at 70 mg/dl. It also alerts users of potentially missed basal insulin doses when a basal dose hasn’t been delivered in more than 24 hours. Bigfoot Unity is currently set up for once daily long-acting insulin, so people who take insulin twice a day cannot use the missed dose reminder. Both the hypoglycemia alarms and the missed dose alerts are sent as phone notifications from the app.

The system is compatible with all major US brands of rapid-acting and long-acting disposable insulin pens: find a list of compatible insulin pens here. While the pen caps are rechargeable and intended to last two years, people can also exchange their pen caps as needed to match the insulin pen brand that’s prescribed to them and covered by their insurance. Bigfoot Unity will be available for people with type 1 or type 2 diabetes who take multiple daily injections of insulin.

Brewer told us, “The system is designed to help a broad population of people take the right amount of insulin at mealtime, take corrections consistently, but also not stack insulin. By supporting people to address these challenges, I believe the Bigfoot Unity System could be a game changer for a lot of people whose lives depend upon insulin. It's also important to understand that we also help clinicians better serve people who are on MDI therapy.”

Bigfoot Unity will soon become available in select diabetes clinics and will eventually expand across the US and into primary care clinics. The system is not available for direct purchase; instead, people with diabetes will be able to receive Bigfoot Unity from their healthcare office or through a prescription. The system offers a pay-as-you-go monthly subscription model with no upfront cost. According to the company, Bigfoot Unity will generally be covered by insurance, though co-pays will vary.

If you are a healthcare professional interested in learning more about Bigfoot Unity and how you can bring it to people, sign up for more information here.