It's Time to Disrupt Diabetes Stigma 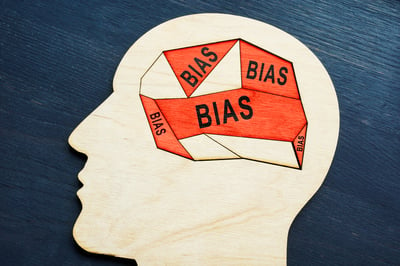 Tackling diabetes stigma and its devastating effects will rely on courageous advocates and creative solutions. It’s time to disrupt the status quo as we search for inspired, creative, solutions.

When Alysse Dalessandro found out that she had type 2 diabetes, just days before leaving for a cruise in March of 2016, she kept her diagnosis a secret for a year before finally sharing it in a blog post in 2017.

Dalessandro, who is now a model, blogger, influencer, and queer and plus-sized advocate living in Cleveland, Ohio, shared her diagnosis with a close friend. She’ll never forget what his response was: “Well I’m sure you feel like this is a death sentence.”

“Years later, the fact that those words left his mouth still makes me mad,” said Dalessandro. “But I have more of an understanding of why he and other people think this way.” It all comes back to stigma.

“Society trains us to believe that being in a larger body and having diabetes are the worst things that can happen to you,” said Dalessandro. “When you exist in a larger body, you are the projection of people’s greatest fears.” This constant messaging from society seemingly gives people permission to blame, shame, and hold prejudice against people with diabetes, and it can lead to people with diabetes internalizing this stigma.

Dalessandro built a following around being a queer and plus-sized influencer, and she never once shied away from sharing her honest experiences publicly. Yet it was her diabetes diagnosis that she chose to keep private for a year – and perhaps it was because for years, social media trolls had told her she was going to die from diabetes. Plus, she was able to do everything she wanted to (and more), even while managing diabetes – including going on that cruise, ziplining, modeling, and being on Good Morning America.

However, what Dalessandro’s story makes clear, is that diabetes stigma is an extremely pervasive problem and it leads to worse mental and physical health for people.

During the d22 Lightning Talks: Diabetes Stigma and the Need for Disruption, Dalessandro, and other advocates and experts shared the facts around diabetes stigma and its impacts. They also shared exciting strategies for disrupting the status quo that centers diabetes stigma in our culture.

Tony Pearson, one of the speakers at the d22 Lightning Talks and the senior director of diversity and inclusion in clinical trials at Eli Lilly & Co. helped define the issue at hand.

He shared insights from research on diabetes and obesity stigma, which showed that people with these conditions adopt negative beliefs from others about themselves. In turn, they stop taking their insulin, stop checking their glucose levels, receive fewer preventative services and exams, avoid healthcare appointments, and spend less time discussing their condition with their healthcare team.

It’s clear that if these conditions continue to be stigmatized, the negative impacts on people’s health will also continue. This will further worsen the health inequities experienced by underserved communities who face the brunt of this burden. Expanding on this, Pearson highlighted the need to make sure health equity is always at the center of efforts to address diabetes stigma.

“The value of health equity is that the rising tide of addressing care for underserved communities truly raises the standard of care for all communities impacted,” said Pearson. At its core, health equity means that every person is equally able to live a healthy life regardless of their background, social position, or circumstance, including how stigma has impacted them and their diabetes management.

“Rather than blaming [people with diabetes] for outcomes that are not their fault, health equity quite literally requires us to see the person as more than the outcomes associated with their condition,” he said.

But even though more is known now about diabetes stigma than ever before, few efforts to reduce it and its impacts have gone far enough to lead to any real change.

As with many social movements – it’s going to take courageous advocates and creative solutions to push back against the status quo that allows diabetes stigma to run rampant in our culture. Because right now the status quo is bogged down by harmful narratives, misconceptions about diabetes, and not nearly enough collaboration between people with diabetes, healthcare professionals, researchers, industry leaders, and loved ones.

One creative solution that has been used by many other successful social change movements – from the suffragette movement to the LGBTQ rights movement – is called norm engineering.

“Social change happens when [enough people] take a fringe belief or behavior, and turn it into a norm,” said Brian Fitzgerald at the d22 Lightning Talks. Fitzgerald is the founder and co-director of Dancing Fox, a creative agency that works with advocacy groups across the globe. The opposite is also true; what was once normal can become weird and backwards with enough effort.

The question then becomes, “How can we make stigmatizing diabetes, as backwards as [something like] denying women the right to vote,” said Fitzgerald. This is when norm engineering comes in handy.

Norm engineering is a way of changing behaviors through stories and other social cues, and it can be done without necessarily changing beliefs. The goal is to change the majority perception of the majority belief.

For example, the majority of people may believe that making jokes at the expense of someone with diabetes is socially acceptable. In today’s culture, one could easily argue that stigmatizing diabetes is perfectly normal – as evidenced by what Dalessandro and Pearson shared in their talks.

But convincing enough people that this type of behavior is actually not socially acceptable can lead them to change their behaviors, even if they personally still believe this behavior is okay. Ultimately, stigmatizing comments and behaviors are reduced, even if someone’s actual beliefs are never changed.

“How many ways can we signal [to others] that stigmatizing people with diabetes is weird and wrong?" asked Fitzgerald. From one-on-one storytelling to large-scale campaigns and advertisements, norm engineering can help shift the current story around diabetes away from stigma and towards compassion and respect.

Diabetes Australia is one group that is already using this strategy in their campaigns.

“Diabetes has an image problem, and with that image problem comes stigma,” said Renza Scibilia, who has had type 1 diabetes since 1998 and is currently the head of communities and international affairs at Diabetes Australia.

“Stigma is tightly intertwined with every single aspect of diabetes, because for too long, the status quo of diabetes and its image problem has been accepted,” she said, “and so to challenge the status quo, we need to reconsider diabetes in a big way.” This means refusing to accept that diabetes stigma is a cultural norm, rejecting the narratives that shame and blame people with diabetes, and being an ally to the entire diabetes community.

To push back against the current images of diabetes, Diabetes Australia launched an initiative called Heads Up on Diabetes which included a powerful video campaign.

The campaign was developed in collaboration with members of the diabetes community and included real interactions people have had.

“We worked so closely with the diabetes community to make sure that we accurately told the stories that had been so generously, so vulnerably, and so openly shared with us,” said Scibilia. The result was a massive campaign that highlighted the stories of people with diabetes on a global scale.

However, though large campaigns can be vital to successful norm engineering, they aren’t the only strategy that can be used. Perhaps one of the most radical things a person can do to push back against the harmful narratives that surround diabetes is to share their own personal story as loud and as often as possible – even if it’s just in one on one conversations.

As more people share their own story, a rich tapestry of what living with diabetes actually looks like emerges for everyone.

When she did start sharing her story, encouraging others to do the same, Dalessandro realized just how powerful that simple act could be. “Ultimately I decided to talk about living with type 2 diabetes a year after my diagnosis because I wanted other people living in larger bodies, and living with diabetes, to know they aren’t alone,” she said in her presentation at the d22 Lightning Talks.

And when Dalessandro began wearing a continuous glucose monitor (CGM), a visible marker of her diabetes, she used this marker as a way to have conversations and educate people about her experience.

To this day, she proudly wears her CGM in her modeling campaigns and videos as a way to help show that diabetes isn’t stopping her, and that other people with diabetes are not alone. She encourages others to also share their stories, be open about their diabetes, and to push back against the stigma that isolates and shames people with diabetes.

“I know that this diagnosis is not a death sentence,” she said. “People of all sizes live and thrive everyday with diabetes.”

If you want to join in this rich tapestry of stories with other members of the diabetes community, consider sharing your experiences with us at diaTribe by visiting our stigma-focused website, dStigmatize.org.