Medtronic Launches MiniMed Connect for Android Devices in the US

$99 device makes pump and CGM data viewable to Android smartphone users. Plus, a first look at cool pattern recognition in the Sugar.IQ app with IBM Watson 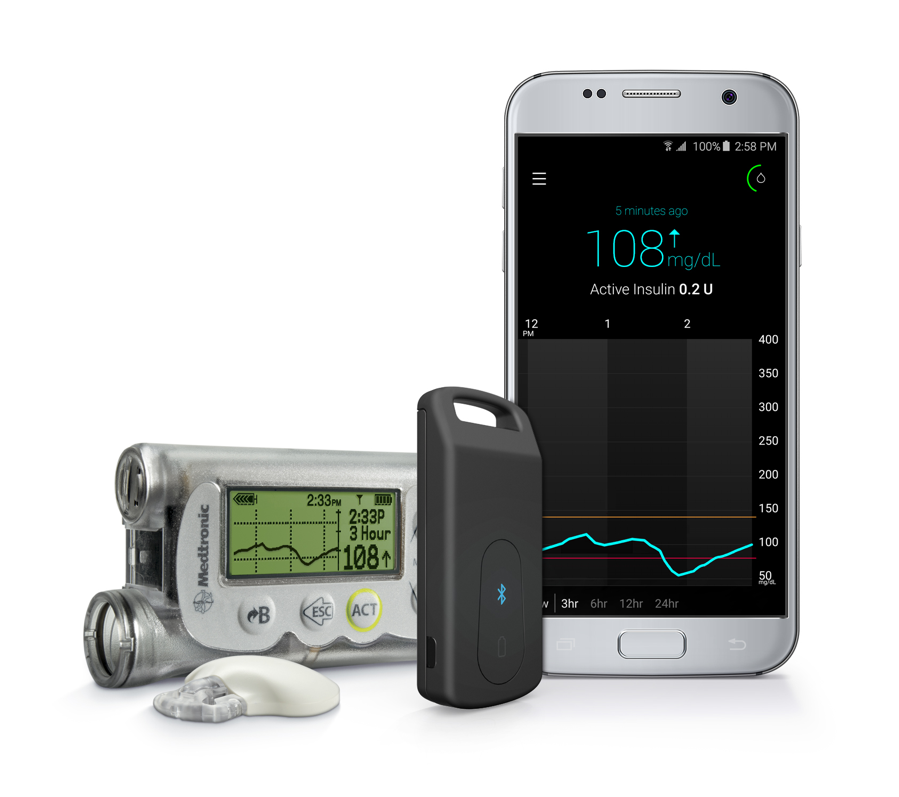 Medtronic recently announced the US launch of MiniMed Connect for Android. The keychain uploader device relays insulin pump and CGM data to a smartphone for viewing; it is now available online for $99.

Identical in appearance to the Apple iOS version launched in September 2015, MiniMed Connect will first be compatible with Samsung Galaxy and Note devices and LG’s G4/G5. Additionally, it only works with the 530G and Medtronic Revel pumps, and not with Medtronics’s just-launched MiniMed 630G or upcoming MiniMed 670G. Like the Apple version – already used by over 18,000 people – the MiniMed Connect enables caregivers to remotely monitor data on any Internet-connected device, includes automatic text message notifications for alarms, and uploads data to the web-based CareLink platform automatically.

The press release on MiniMed Connect’s launch shared data from an encouraging study of nearly 3,000 people using the device. Looking back at their CGM data before and after getting MiniMed Connect, the study found:

With IBM, Medtronic plans to launch its first-gen Sugar.IQ app by the end of 2016, allowing users to log food and receive fascinating insights based on past data (see photo). This will first be available for MiniMed Connect users on Apple devices, but will hopefully come to Android soon after. 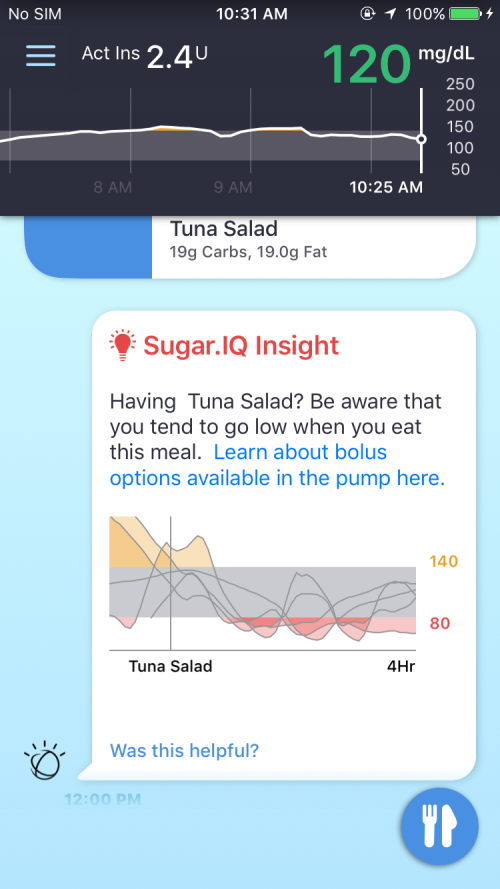 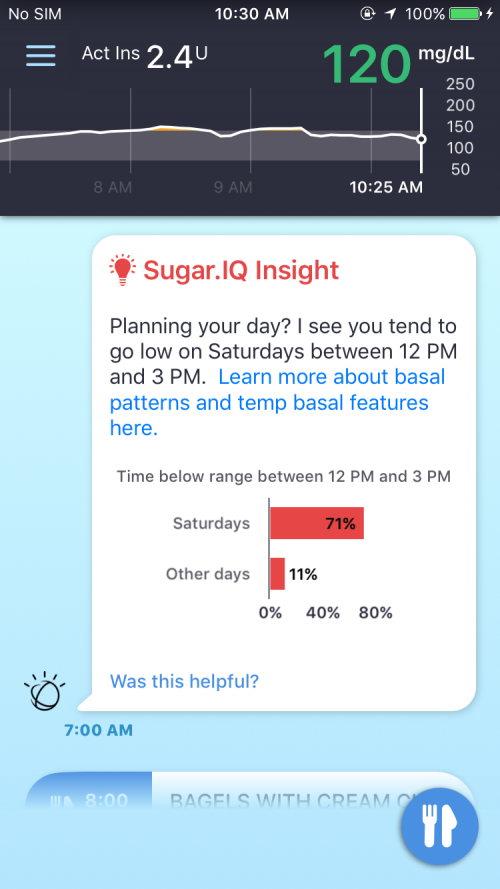 Medtronic also has the Guardian Connect mobile CGM under FDA review (expected to launch for Apple devices by April 2017 in the US). Like Dexcom’s G5, this will include a Bluetooth-enabled transmitter that talks directly to the phone, with no receiver needed. The launch of MiniMed Connect for Android should also translate quickly into a version of Guardian Connect for Android.