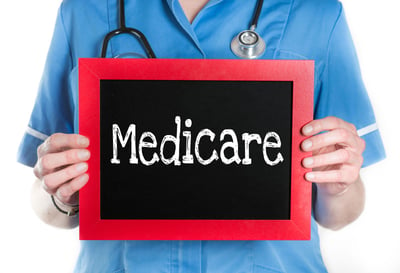 People with type 1 or type 2 diabetes on intensive insulin therapy can qualify. A major win for the diabetes community following years of patient advocacy!

Despite Medicare’s announcement in late March that it will now reimburse “therapeutic continuous glucose monitoring” (CGM) devices for people with type 1 or type 2 diabetes on intensive insulin therapy, Dexcom confirmed on a recent call that these claims cannot be processed until further local coverage decisions come through. These are hoped for by the end of June, but are difficult to predict. Currently, more than 10,000 people with Medicare are waiting to be shipped Dexcom sensors – so there is certainly a lot of pressure to push this through. diaTribe has also received substantial feedback from readers whose coverage was denied. For those in this situation, Dexcom is continuing to work on it and will be the best point of contact moving forward.

On March 24, Medicare announced that it will now reimburse “therapeutic continuous glucose monitoring” (CGM) devices for people with type 1 or type 2 diabetes on intensive insulin therapy (“MDI” – multiple daily injections – or a pump). This milestone is a big deal because it establishes reimbursement for Dexcom’s G5 CGM, the only “therapeutic CGM” – meaning it has FDA approval for making diabetes decisions without a confirmatory fingerstick – currently available in the US.

For those covered by Medicare who want to get CGM, Dexcom can help get the process started for you – learn more here (there’s an option to enter your information for Dexcom to reach out regarding next steps). Coverage applies to claims starting on January 12, 2017 and later.

People with diabetes covered by Medicare are eligible for reimbursement if they meet the following criteria:

This exciting news could expand CGM coverage significantly for people with diabetes in the US over 65 – an amazing win to make this transformative technology more accessible to seniors. Notably, Medicare’s criteria are more expansive than many private insurers, who still often limit coverage to people with type 1 diabetes.

A number of details are still unclear – like how time consuming or burdensome the Medicare reimbursement process will be, or how much documentation Medicare will require. For example, one requirement is that people are checking their blood sugar four times a day – we've heard that Medicare requires proof of this. We've also received feedback from readers experiencing challenges with Medicare Advantage plans, some of which are still not covering the G5. Let us know if you’ve had any early experiences, and we’ll report back as we hear more.

As diaTribe understands it, Medicare will cover the following therapeutic CGM components for those eligible:

The announcement follows an impressive series of events over the past year that paved the way for Medicare coverage of therapeutic CGM. First, an FDA Advisory Committee panel voted in favor of an insulin dosing indication (or a “non-adjunctive label claim,” as it’s also called) for Dexcom’s G5 CGM in Summer 2016. The FDA hearing included the voices of thousands of people with diabetes and their advocates, including a major petition from The diaTribe Foundation that had over 10,000 signatures! Many advocates, including some sponsored by The diaTribe Foundation, also went to Washington to share their experiences with the FDA firsthand. Speakers included Manny Hernandez of Livongo, Christina Roth from the College Diabetes Network, representatives from the JDRF, ADA, and AACE, advocacy expert Lorraine Stiehl, as well as The diaTribe Foundation’s own Adam Brown (see his memorable presentation here), Ava Runge, and Kelly Close.

The FDA took this feedback to heart, officially approving the updated label in December 2016. There was a celebration in The diaTribe Foundation’s office that day! Less than a month after the FDA approval came through, in January 2017, the US Centers for Medicare and Medicaid Services (CMS) classified therapeutic CGM as “Durable Medical Equipment” under Medicare Part B – attaining this classification had been seen as the biggest hurdle to reimbursement (some believe that politics may have played a role as the head of CMS wanted to see this done during his tenure).

In the future, other CGM devices will hopefully obtain Medicare coverage too, provided they receive FDA approval for dosing insulin without a confirmatory fingerstick. Abbott has shared that it is pursuing such a claim for the real-time version of FreeStyle Libre, though it’s not a given it will obtain one. Most recently, Abbott stated that it hopes to gain approval of FreeStyle Libre (real-time) in the US in the “second half of 2017.” Medtronic is also reportedly seeking Medicare coverage for the MiniMed 670G/Guardian Sensor 3 hybrid closed loop, but there are no updates on timing to report.

What a win for those over 65 to gain CGM coverage in the US! Thank you so much to CMS for making this tremendous move. diaTribe hopes that the specifics on qualifying are not overly onerous or complicated – we’ll be back with more on what the “real life” looks like.