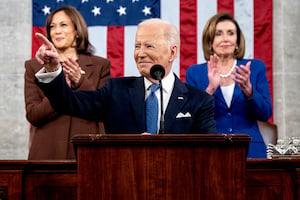 US pharmaceutical companies and insulin manufacturers react to proposed legislation that would cap insulin costs and prevent significant rises in the costs of prescription drugs.

In his State of the Union address on March 1, President Biden advocated for a $35 price cap on the cost of insulin. If passed, this legislation would limit the out-of-pocket cost of insulin to $35 per month, helping make insulin more affordable and accessible to all people with diabetes who need it.

The president’s call for a limit on out-of-pocket insulin costs comes from his support of a bill introduced to congress by Senator Reverend Raphael Warnock (D-GA). This bill, the Affordable Insulin Now Act, would cap insulin costs for insulin dependent Americans who are insured, including those on Medicare.

The high cost of insulin, which can potentially be over $1,300 per month for those without insurance, has had a drastic impact on the health of people with diabetes. Research suggests that over 1 in 4 Americans with type 1 diabetes have had to ration their insulin because they could not afford the cost of the drug each month. Rationing insulin can be extremely dangerous, causing higher blood glucose levels and increasing the risk of death due to diabetic ketoacidosis (DKA).

The price cap has long been a part of Biden’s healthcare plan, but when he brought the insulin issue to the national stage by mentioning it in his State of the Union address, he reinvigorated calls from diabetes advocates for action on affordable insulin now. Although the insulin price cap itself seemingly has bipartisan support, progress has stalled as more comprehensive healthcare legislation has been debated in congress.

“Joshua Davis, the young man with type 1 diabetes who joined the First Lady in the gallery [at the State of the Union], was one of the JDRF Children’s Congress delegates who called for action on this issue in 2017,” said JDRF International in its press release on the State of the Union speech. “It is long past time for Congress to act on a bipartisan basis to make this life-saving drug affordable for all.”

Drug pricing and the American healthcare system are complex, with multiple factors contributing to the costs that individuals with diabetes pay for their insulin and other drugs.

“Given the complex challenges in the healthcare system, we remain committed to developing solutions in cooperation with policymakers that will expand access,” said Michael Bachner, director of US media relations at Novo Nordisk, in a statement from the company. “Meaningful reforms that reflect shared accountability across the health care system are needed to ensure affordable options for everyone.”

Bachner stressed that Novo Nordisk continues to expand their affordability programs to improve options for people with diabetes.

“We agree with President Biden that improvements must be made to the system and have long advocated for holistic, sustainable policy solutions,” said Kristiane Bello, spokesperson for Eli Lilly & Co., in a statement from the company. “We look forward to working with the Biden administration to develop meaningful solutions, such as passing through rebates directly to people who use insulin and limiting out-of-pocket costs.”

According to its statement, Lilly has already made their insulin available at a cost of $35 or less, regardless of number of vials or pens needed or type of insurance.

Jon Florio, senior manager, US diabetes and transplant communications at Sanofi, said in a statement, “Sanofi has supported efforts to cap monthly co-pays for covered insulin.”

Florio mentioned that 100% of commercially insured and all uninsured people are eligible for “a suite of patient-centric savings programs that can help reduce their prescription medicine costs today.”

diaTribe Change has launched an effort to urge the White House and Congress to pass this insulin price cap legislation. Join the effort today by clicking here to contact your legislators.

Here’s more information on how to get insulin at lower cost: