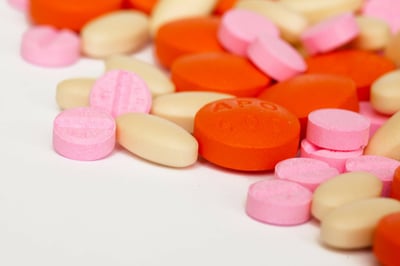 By Ben Pallant and Payal Marathe

Trial shows that a pill version of Ozempic (semaglutide) can lower A1c by as much as 1.5% and also support weight loss

Just a few weeks after the new, once-weekly injectable drug Ozempic launched in the US and was approved in Europe, Novo Nordisk shared initial results from a trial of the oral (pill) version of the same drug, called semaglutide. Like the injectable version, oral semaglutide resulted in weight loss and A1c reductions compared to a placebo (“nothing”) pill in a group of about 700 people with type 2 diabetes. If eventually approved, this would be the first GLP-1 agonist to become available as a pill. Currently, GLP-1 agonists are only available as injections, ranging from twice-daily to once-weekly.

Over the six months of this new study, participants who consistently took their prescribed doses of oral semaglutide experienced average A1c decreases ranging from 0.8% for the lowest dose to 1.5% for the highest dose, starting from an average A1c of 8.0%. The placebo recipients, by comparison, had no meaningful change in A1c (a 0.1% decrease).

Participants who consistently took their oral semaglutide doses for the six months also lost, on average, four to nine pounds depending on the dose, compared to about three pounds for the placebo group. For the low and middle doses of semaglutide, weight loss was greater than placebo but by a small enough amount that the difference could have occurred by chance.

Overall, these results suggest that like the injectable version Ozempic, oral semaglutide may offer the dual benefits of A1c lowering and weight loss.

Novo Nordisk has not yet provided information on the number of people who stopped taking semaglutide during the trial or otherwise missed a lot of prescribed doses for some other reason. When this information is released, it could offer a hint about whether participants felt that any negative aspects of the drug, such as side effects, outweighed the benefits.

One key question is how “user-friendly” oral semaglutide is, especially in terms of side effects and schedules. With GLP-1 agonists, nausea is one of the most common side effects, especially when people first start the drug. In this study, between 5% and 16% of participants taking the drug reported nausea (the large range is probably because of the different doses), compared to 6% of those given the placebo. Participants also had to be fasting when they took the medication (although not for a defined amount of time) and had to wait another 30 minutes afterward before eating. For example, this could mean taking the pill first thing in the morning and then not eating breakfast for at least 30 minutes, which could be inconvenient for many.

These results are from just one of ten different trials being conducted on oral semaglutide. Other trials are measuring outcomes like heart health and head-to-head comparisons with approved medications. Initial results from these studies are expected over the next year or so, meaning that Novo Nordisk could potentially submit oral semaglutide to the FDA for approval sometime in 2019, meaning that it would not be available until 2020 or sometime after.