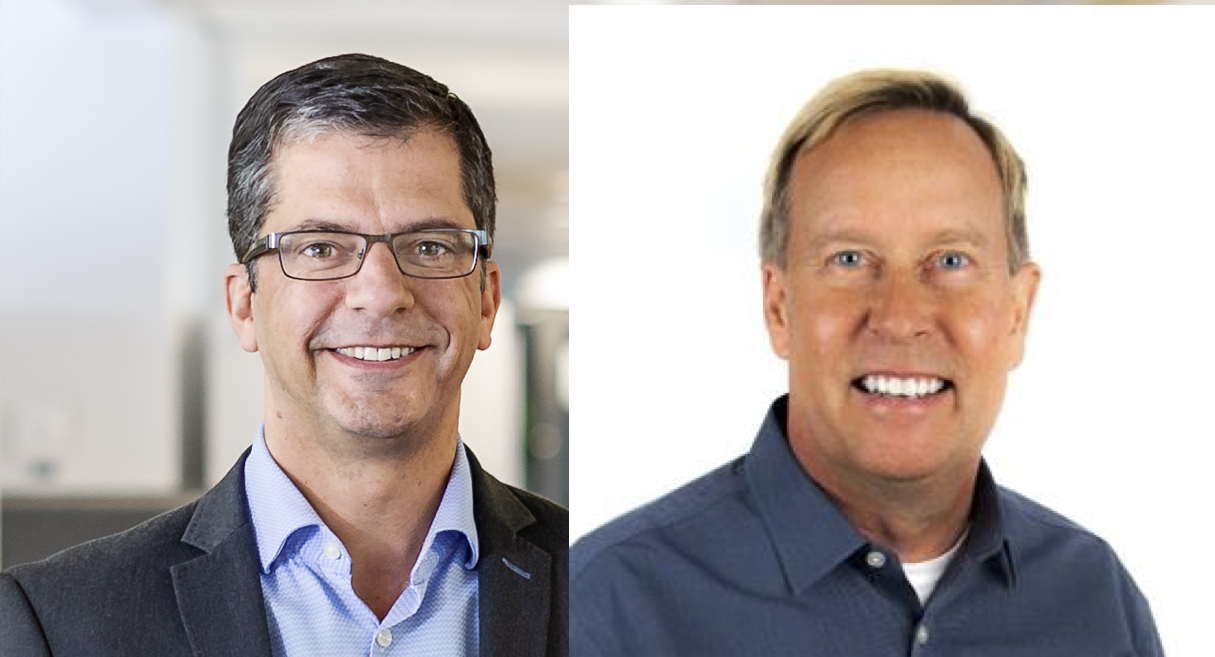 David Kendall and Danilo Verge of Zealand Pharma spoke with diaTribe about Zegalogue (dasiglucagon), a new emergency glucagon injection used to treat severe hypoglycemia in people with diabetes over the age of six. Read their insights on this life-saving treatment.

For people with diabetes, emergency glucagon can be an essential and life-saving treatment in low blood sugar situations. Hypoglycemia (low blood sugar) can become severe if not properly treated, which is why the American Diabetes Association's Standards of Care recommends prescribing glucagon for all individuals with diabetes at risk of hypoglycemia (glucose levels below 54 mg/dL). While traditional glucagon kits require a few steps to mix and prepare the treatment, next-generation emergency glucagon does not require reconstitution when treating severe hypoglycemia at home or wherever it may occur.

According to Zealand Pharma’s Dr. David Kendall, having glucagon ready in case of severe hypoglycemia is essential for people with diabetes. “Not having rescue therapy available is like buying a car without an airbag – you just shouldn’t do it. Certainly, you don’t want to think about having an auto accident, but in this day and age, it’s difficult to imagine buying a car without an airbag.  In the setting of severe hypoglycemia, you want to be prepared for any untoward or unexpected severe low blood sugar event and have a therapeutic airbag available, and to have it at hand in a manner that’s as usable as possible. That’s where the next-generation therapies offer us an opportunity to change the conversation.”

Zealand’s Zegalogue (dasiglucagon injection 0.6mg/0.6ml) is the newest emergency glucagon approved in the US – and it’s now available for people with diabetes over the age of six. Zegalogue joins Baqsimi and Gvoke as a next-generation rescue glucagon. To learn more about the potential of the life-saving dasiglucagon, diaTribe’s Julie Heverly, who has lived with diabetes for 23 years, spoke with Dr. Kendall and his colleague, Dr. Danilo Verge.

Julie Heverly: Who is at risk of severe hypoglycemia and why might they need glucagon?

Dr. Kendall: I think it’s important to understand that glucagon is not just for people with type 1 diabetes; it’s for any person at higher risk for a severe low – including anyone treated with insulin. There are a lot of people with type 2 who take insulin and whose risk of developing severe hypoglycemia is significant. We need to make sure that those who are at risk of a severe low – including all persons with type 1 diabetes, individuals with type 2 diabetes on insulin and anyone who has experienced level 2 or level 3 hypoglycemia – are recognized and rescue therapy is considered.

Heverly: According to the CDC’s 2020 National Diabetes Statistics Report, 235,000 people went to the emergency room due to a severe hypoglycemic event. How can glucagon help lower that number and help people with diabetes?

Dr. Kendall: As we move to the newer generation of glucagon formulations, the mixing and preparation [a necessary step in the older kits] isn’t required. This means that the 250,000 people who end up in the emergency room could have the opportunity to receive emergency rescue therapy by a caregiver. While it is still recommended that people contact emergency services, dasiglucagon (Zegalogue) will create an environment where people can recover without additional hospital care. One of the things that we believe is critically important is not only being aware of the availability of the newest rescue therapies, but being certain that those people at the highest risk for severe hypoglycemia have these on hand, are instructed on their use, and have caregivers who can help treat them to limit the risks associated with a persistent severe low blood sugar event.

Heverly: Recent data from diabetes research company dQ&A shows that less than half (only 45%) of people with diabetes who take insulin have emergency glucagon. Since it’s a Standard of Care, how can we make sure that more people get it?

Dr. Verge: It’s always puzzled me that people who are at risk of severe allergic reactions carry an epi-pen with them no matter what, while people who are at risk of severe hypoglycemia don’t carry a glucagon rescue pen. That’s a mind shift that needs to happen. Part of the answer is that the traditional glucagon kits are still the dominant version of glucagon available – they do the job but not in a way that is easy for people to administer. With new glucagon formulations available, we believe that should change. That will make it feasible for everyone with diabetes to carry a rescue pen with them, similar to the important role of an epi-pen.

Heverly: dQ&A also determined that 17% of people with diabetes (both type 1 and type 2) live in fear of having a hypoglycemic episode – they’re afraid to drive their car and fear passing out in public due to low blood sugar. In the same study, 23% of survey respondents said they tend to keep their blood sugars higher than they feel they should in order to avoid severe hypo. This is not an ideal way to manage diabetes. How do you think wider adoption of glucagon might change diabetes management and the emotional fear of these episodes?

Dr. Kendall: For many people with diabetes, running high does not protect one from severe lows. In fact, those people who have the highest average glucose levels may also have a higher risk of severe lows than those who manage diabetes more intensely. Having a usable, readily accessible rescue treatment on hand in the unlikely event that a severe low occurs is just good planning. It does not indicate a failure of one’s diabetes treatment plan. Just like I said, the airbag is there in the car not to help you plan for an accident but to be there in the unlikely event that an accident should occur. Advances in how glucagon and glucagon analogs can be prepared and utilized also offer the opportunity to research how insulin and glucagon can be used together – beyond emergency use.

Heverly: For the 55% of people with diabetes who have never had or don’t currently have an emergency glucagon kit – what should our readers know about glucagon, and what are its risks?

Dr. Kendall: Have a conversation with your care team about glucagon. Then if recommended by your healthcare professional, be sure to get the prescription filled. And it’s important to assure that caretakers, loved ones, whomever may be around you are all instructed on the availability of your rescue treatment and are provided the information on how it is used, should you become unable to treat a low blood sugar themselves.

In terms of risks and benefits, these rescue therapies are intended to do just what we say they do, which is to raise blood glucose from dangerously low levels to levels that can allow a person to recover the ability to further treat themselves. One of the most common risks when a glucagon rescue therapy is given are stomach or gastrointestinal side effects – though the bigger risk is not using it as a severe low persists. People can experience nausea, may vomit, have diarrhea, or develop headaches. These are the most commonly reported side effects of giving these high doses of glucagon rescue therapy. Again, the goal is to get glucose levels up so someone can feed themselves. Is it possible for glucose levels to continue to rise to higher levels? Yes, but that is part of the safety net. High glucose levels are ultimately much more manageable than unconsciousness, which can occur with low blood sugars. We hope dasiglucagon is used as infrequently as possible, but people who experience one severe event are at a higher risk for subsequent events – so taking it any time a severe low (and a change in levels of consciousness) occurs is really the intent. This should allow people to have conversations with their healthcare team about how to both avoid severe lows in the future but treat them effectively should they occur.

Heverly: What should readers know about Zegalogue?

Dr. Verge: For Zegalogue specifically, we are very proud of the fact that we’ve investigated this drug in several well-conducted clinical trials. We’ve investigated it in three different studies – two in adults and one in children. What we’ve seen is a consistent result in the glucose response, defined in all trials as an increase of 20mg/dL from baseline, which was ten minutes across all three trials. In the largest of the adult studies, 99% of the people treated with dasiglucagon recovered within 15 minutes, and in the pediatric study, 95% of the children also recovered within 15 minutes.

I’d be remiss not to mention the safety profile of Zegalogue. Like all glucagon preparations, it should not be used by people with insulinoma (an insulin-producing tumor) or with pheocromocytoma (a tumor in an adrenal gland). As David mentioned, the main side effects of dasiglucagon are nausea, vomiting, headache, diarrhea, and injection site pain.

Dr. Kendall: Dasiglucagon is an analog of natural glucagon – which allows it to be ready to be injected – but it does exactly what glucagon does. It binds to the glucagon receptor and makes the body do the things we know it should do in response to glucagon signals. Add to this the fact that the medication may be administered by either an autoinjector or pre-filled syringe, so that people have confidence that they have something stable and effective. Again, in emergency circumstances, you don’t want an airbag or defibrillator that you have to put together – you want something that will work for you in the moment.

Heverly: What’s on the horizon for Zealand?

Dr. Kendall: Dasiglucagon provides an opportunity not only to offer an important treatment for severe hypoglycemia, but also opens the door to other possibilities in our research and development programs – leveraging multi-hormonal approaches to the management of diabetes.

Dr. Verge: Many of us have spent 20-plus years in the metabolic space, so we intend to stay for the long haul. Zegalogue is the first of what we hope will be many more drugs to launch in the diabetes and obesity space in the coming years.