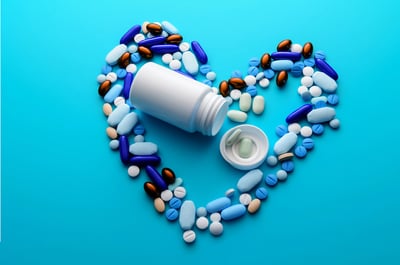 Editor's Note: This article has been updated to reflect the recent FDA approval.

Heart failure, one of the most common diabetes-related complications, affects over six million Americans and leads to about a million hospitalizations each year. People with type 2 diabetes are two to four times more likely to develop heart failure.

There are a small number of treatment options for people experiencing heart failure, including  SGLT-2 inhibitors, which are primarily medications used to lower blood glucose levels. One of these drugs, Jardiance (empagliflozin), was recently approved by the FDA to treat heart failure with reduced ejection fraction (HFrEF) in people with and without diabetes.

"Heart failure is a chronic, debilitating cardio-renal-metabolic condition affecting over 60 million people worldwide,” said Dr. Javed Butler, chairman of the Department of Medicine, University of Mississippi, in a statement from Lilly on the approval earlier this month. "As the prevalence of heart failure continues to rise, the need for new treatment options is critical. Empagliflozin is a vital new therapeutic option to reduce the risk of cardiovascular death and hospitalization for adults with heart failure with reduced ejection fraction."

Jardiance is now the second SGLT-2 inhibitor to have been shown and approved to treat this condition, following Farxiga (dapagliflozin) in 2020.

In other exciting news, Jardiance has also been shown to be the first drug to show significant benefits for people with heart failure with preserved ejection fraction (HFpEF) – though it has not received an official FDA approval for this yet. In results published in the New England Journal of Medicine from the EMPEROR-Preserved trial which included 5,988 study participants, Jardiance was shown to reduce the risk of risk of cardiovascular death and hospitalization for HFpEF by 21% compared to those receiving a placebo. The trial also showed that Jardiance reduced the risk of first and recurrent hospitalization for heart failure by 27% compared to the placebo and significantly slowed kidney decline.

Jardiance is the first and only SGLT-2 inhibitor drug to have data showing its benefits for the full population of patients with established heart failure (regardless of type).

And in February 2022, Jardiance was approved to reduce the risk of cardiovascular death and hospitalization for heart failure in all adults, regardless of diabetes status. The approval widens the population of people who can now use the drug and adds to the list of approved medications for this complication, which is the leading cause of hospitalization for adults over 65.

To learn more about heart failure – what it is, its relation to diabetes, and your treatment and prevention options – you can check out our two-part series on the subject.