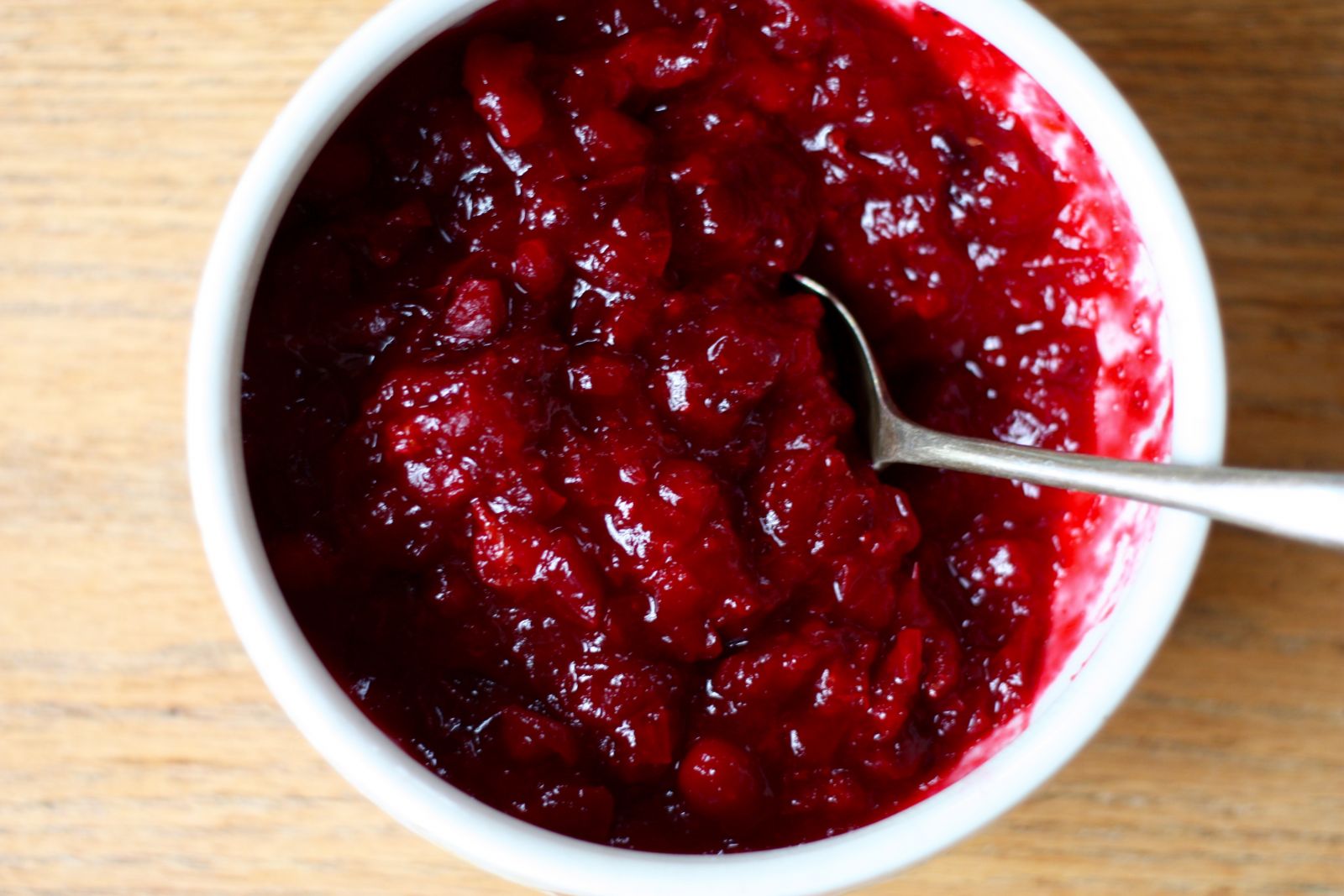 Total carbohydrates: 4 grams per serving (*The erythritol adds another 8, but you won’t digest them, and they won’t affect your blood sugar.)

The orange zest and cloves make this tangy, gorgeous cranberry sauce taste like the smell of a pomander—you know, one of those oranges stuck with cloves that you maybe made your grandma when you were small. And I mean that in a good way. It’s important to include other flavors besides the cranberries here because they help to offset the slightly odd coolness of the erythritol (Swerve), which is a low-carb sweetener that’s useful and fine but has a bit of an aftertaste. I usually serve my cranberry sauce in a bowl-shaped glass vase because I don’t have a glass bowl, but I like how it looks with the light shining through it.

* From the Swerve website: “As a replacement for sugar, Swerve is zero-calorie, non-glycemic, and safe for those living with diabetes. In fact, human tests have shown Swerve doesn’t affect blood glucose or insulin levels at all.”

1. Grate the zest of half of the orange and set it aside, then juice both halves of the orange into a medium-sized pot with a lid.

2. Put the cranberries in a sinkful (or a large bowlful) of water to wash and evaluate them. This has historically been my children’s favorite kitchen job ever, and even now, at 20 and 16, they still love to bob the bright berries around. Pick out any berries that are truly gross—soft or shriveled—but don’t stare too closely or they’ll all start to look weird. Pull the rest of the berries out with your hands and put them in the pot with the orange juice. Stir in the erythritol.

3. Set the pot on the stove and set the heat to medium high. When the cranberries begin to boil, stir them, then turn the heat down to low and partially cover the pot (with the lid slightly ajar). Cook, stirring occasionally, until the cranberries pop and make a sauce, around 10 minutes. Turn the heat off.

4. Stir in the orange zest and the ground cloves, then cool before transferring to a dish or lidded container for serving or refrigerating. This sauce will keep for a few days in the fridge, so feel free to make it ahead of time.