Tech on the Horizon: Updates on Glucose and Ketone Monitoring 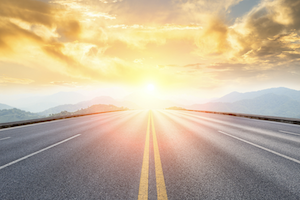 Find out more from experts about the latest advancements in continuous glucose monitoring, ketone monitors, and non-invasive technologies.

Continued improvements in diabetes technology will further advance the health of people with diabetes, according to a panel of experts at the 2022 International Conference on Advanced Technologies and Treatments for Diabetes (ATTD).

At the second day of the conference in Barcelona, Spain, panelists discussed the latest research and reasons to be excited about the future of these technologies, which include continuous glucose monitors (CGM), non-invasive glucose monitors, and devices incorporating continuous ketone monitoring.

Since the first studies of CGMs over two decades ago, the number of people with diabetes requiring insulin has increased, including a rising number of people with type 2 diabetes. When first introduced, CGMs were only used as adjunctive devices, meaning that they were designed to help people manage their diabetes, but still required use of blood glucose meters (BGM) to make treatment decisions. Since then, the use of CGMs and their accuracy have steadily improved allowing them to replace BGM.

“The number of CGM users in the US was about 38% of people with type 1 diabetes in 2018. That has risen to 80% in 2022,” said Dr. Satish Garg, professor of medicine and pediatrics at Barbara Davis Center for Diabetes and editor in chief of Diabetes Technology and Therapeutics Journal. Garg continued to highlight encouraging data from two state-of-the-art CGMs: Dexcom G7 and Senseonics Eversense E3.

The Eversense E3, a CGM sensor lasting 180 days implanted beneath the skin in the upper arm; it was approved in the United States in February 2022. According to recent data presented by Garg, E3 is among the most accurate CGMs available.

The accuracy of glucose monitors is typically described with a metric called MARD, or mean absolute relative difference. MARD is listed as a percentage, describing how far off you can expect your sensor reading to be from your blood glucose level. This means that the lower the percentage, the more accurate the sensor. The Eversense E3 had an average MARD between 7% and 8%. For reference, MARD values for the Dexcom G6 and Abbott Freestyle Libre 2 were around 9.0% and 9.3%, respectively.

Dexcom G7 introduced several improvements over the previous generation, the Dexcom G6. While the G7 is awaiting FDA approval, it received clearance for market in Europe earlier this year. The accuracy of the Dexcom G7 has been improved compared to the G6, with an average MARD of 8.2%.

The future of CGMs

Garg said he was optimistic about the future of CGMs, flagging several upcoming devices in clinical trials, including:

On the future of this technology, Garg added, “CGM will remain the cornerstone of diabetes therapy.”

Dr. Irl Hirsch, professor of medicine, Division of Metabolism, Endocrinology, and Nutrition at University of Washington, discussed the latest data on GWave, a non-invasive blood glucose meter that can measure blood glucose levels without the need for fingersticks or inserting a device.

Hirsch, medical advisor and advisory board member for Hagar, the company that created the device, which is being developed in both Israel and the United States, discussed that in recent months clinical trials for the device have started to expand.

GWave uses radiofrequency technology, sending out a signal that is reflected by glucose in the blood. The device measures blood glucose levels based on the unique pattern of reflection, combined with an artificial intelligence algorithm.

According to Hirsch, a small study conducted in 23 people at the Weizmann Institute in Israel demonstrated that GWave was as accurate as standard blood glucose meter (BGM) test strips, with all GWave measurements within the standard accuracy zone of available BGM test strips.

Further research is needed before the GWave can be submitted for FDA approval, however, Hirsch mentioned a 250 person trial underway in Israel, with several studies planned over the next few years in the United States.

For more about GWave, check out our article: Wave of the Future: New Glucose Technology Could Revolutionize Care.

While glucose management is generally the main focus of diabetes therapies and technologies, experts have also proposed that  continuous ketone monitoring (CKM) may benefit people with diabetes, especially those with type 1 diabetes. People with type 1 can experience a potentially deadly complication known as diabetic ketoacidosis (DKA).  Without enough insulin, the body  breaks down fat for energy, producing ketones which are acidic and can accumulate in the blood. Too high levels of blood ketones causes abdominal pain, vomiting and coma, if untreated.

Ketone monitoring may help detect, or possibly prevent, an episode of DKA. When people with diabetes could only test their urine for glucose, ketone testing in the urine was very common. With the advent of blood glucose testing, ketone testing became less important. According to Dr. David Klonoff, medical director of the Diabetes Research Institute in San Mateo, California, and editor-in-chief of the Journal of Diabetes Science and Technology, “Most people are probably not testing blood ketones at home.”

Klonoff referred to a survey of 205 people with type 1 diabetes in Australia, in which 31% of respondents said they did not own a ketone test kit. He estimates that this number is even higher in the US.

“Any person using insulin with diabetes is at risk for diabetic ketoacidosis,” Klonoff said, adding that the frequency and cost for hospitalizations due to DKA have risen in recent years. This risk is nearly tripled in people with type 1 who use SGLT-2 inhibitors. These drugs, though not approved for use in people with type 1, are sometimes used “off-label” for their benefits in glucose management and for the hope that they can prevent or slow the progression of heart and kidney disease. However, the drugs can cause DKA which may not be recognized since the DKA is usually not accompanied by high blood glucose levels. Advances in CKM could potentially make these drugs safer for people with type 1 diabetes, so they could potentially benefit from the protection against heart and kidney complications.

The first trials testing CKM devices in humans were done by Abbott in 2019 and published in the Journal of Diabetes Science and Technology in 2021, Klonoff said. Experts envisioned that this technology could potentially be integrated into CGMs, insulin pumps, or automated insulin delivery (AID) systems. These devices, which could track ketone levels in addition to glucose levels, could be useful not only for those with type 1 on a SGLT-2 inhibitor, but any person with diabetes on insulin, recurrent DKA, or possibly even for those who follow a keto diet, he said.

Klonoff was optimistic about the future of ketone monitoring, especially in terms of integrating it with CGM in one device, saying, “I think CGM and CKM devices will be combined into the same device, and integrated into AID systems to provide early warning of pump failure or inadequate insulin dosing.”