Tips for Choosing the Best Yogurt for Your Health 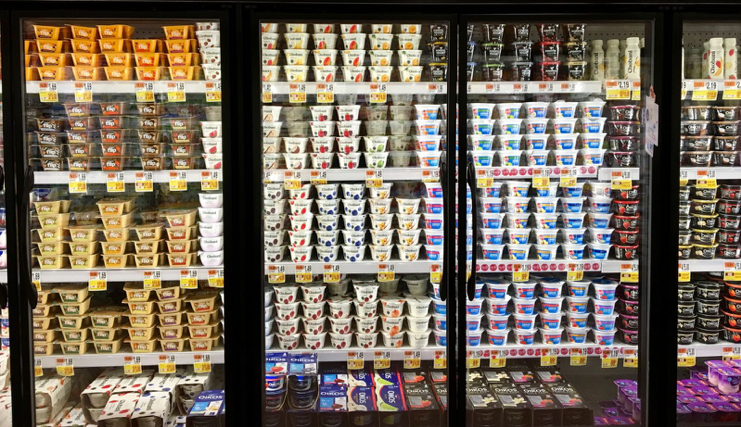 Some basic principles about yogurt – its benefits, pitfalls, types, and traps

When I was a child, way back in the Pleistocene era of the 1970s, there was one brand of yogurt, Dannon, and it came in a waxed-cardboard container, and you knew it was healthy because there were million-year-old Slavic people in the commercial for it, the point being that if you ate yogurt you would live forever. If you liked yogurt, you bought Dannon; if you didn’t like yogurt, you didn’t buy it.

Those were the days! Because now the yogurt aisle is fourteen miles long and more baffling than a word problem about colliding trains. Plus, yogurt is extra-tricky, since it still shines with that gloss of alleged good health – even if it’s flavored with cotton candy and contains as much sugar as your average serving of Laffy Taffy. In other words, you’ve got to watch out for the wolf in yogurt’s clothing. And if you are managing diabetes – or otherwise limiting your intake of sugar and carbs – then the stakes are even higher, and the yogurt aisle can feel like even more of a health landmine.

But yogurt, when it’s good yogurt, is good for you. And eating yogurt is linked with a lower risk of obesity, weight gain, and type 2 diabetes; a 2014 Harvard School of Public Health analysis actually found that eating (plain) yogurt every day was associated with a reduction in risk of type 2 diabetes by a significant 18%.

We set out to clarify some basic principles about yogurt – its benefits, pitfalls, types, and traps. After arming yourself with this information, we encourage you to go to the store and take a look for yourself!

Yogurt is made from milk that’s been fermented. And thanks to fermentation, yogurt also contains probiotics, which are bacteria that might play a role in keeping your gut healthy, essentially by crowding out other, less healthy, microorganisms. Some yogurts may claim extra-special probiotic status, but pretty much any yogurt from a refrigerated dairy case is going to contain “live and active cultures,” i.e., bacteria. Please note that “yogurt” in the form of a candy coating (yogurt-covered pretzels, I’m looking at you) is not yogurt and, alas, not healthy.

According to Alice H. Lichtenstein, executive editor of Tufts Health & Nutrition Letter, “Given the most prominent yogurt choices on the market today, the first criterion should be the amount of added sugar. The best option is to choose plain, unflavored yogurt and customize it to your personal preferences by adding fresh, frozen, or dried fruit and/or flavorings such as vanilla and cinnamon.” 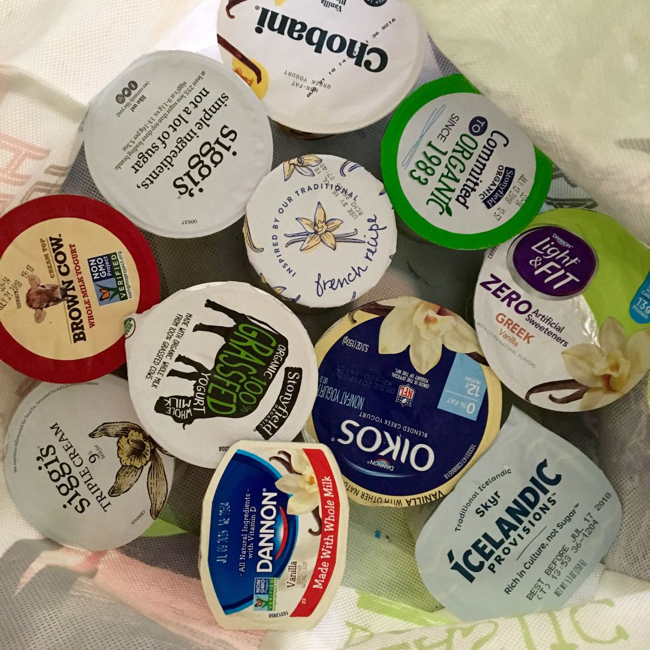 Regular yogurt is made from milk that gets tart and thick, thanks to the added cultures. Greek yogurt is regular yogurt that’s been strained so that it gets even thicker. This thickening actually works to accomplish two things, nutrition-wise: it concentrates the protein which makes it more satisfying and reduces the naturally occurring sugar (lactose), much of which drains out with the whey (the liquid left after straining). One 5.3-ounce serving of Greek yogurt can offer as much as 20 grams of protein (as well as a quarter of your daily calcium needs), making it a satisfying, energy-boosting, and nearly instant meal. (Icelandic yogurt, also called Skyr, is also strained, and similar to Greek yogurt, nutrient-wise.)

Although researchers are not exactly sure why this is true – and although we’ve been led to believe the opposite for decades – whole-milk products, including yogurt, may actually be better for you than their lower-fat or nonfat counterparts.

Although higher in calories, whole-milk yogurt tends to be more satisfying and lower in natural sugar and added carbs (like thickeners) than lower-fat yogurt. And if all that doesn’t convince you? Higher-fat yogurt is simply richer and more delicious, which means that you’ll be more likely to eat it plain or with as little added sweetener as possible.

If you already like plain, unsweetened yogurt, then read no further! You’re all set. Buy it, eat it, love yourself. Because while unsweetened yogurt is a wonderful, nutrient-dense food, sweetened yogurt offers diminishing returns. Sure, it’s healthier than soda – after all, it’s still got protein and calcium – but the added sugar is going to dramatically jack up the carbs and wreak havoc on your blood glucose levels. If you don’t eat your yogurt plain, then look very carefully at the label so that you can be certain you’re choosing a yogurt with less than 20 grams of total carbs – and ideally that number will be closer to 15 or even 10.  (For reference: plain, whole-milk Greek yogurt contains 5 to 9 grams of naturally occurring carbs from the milk itself.) Thanks to Nordic tastes, Icelandic Skyr, even in its flavored incarnations, tends to have less added sugar than its American or Greek counterparts.

Some yogurts are sweetened artificially (with aspartame, acesulfame potassium, or sucralose) or with naturally-derived stevia. I’m not a huge fan of artificial sweeteners, but they may be better than real sugar.

Beware any yogurt – especially kids’ yogurt – in 2-ounce tubes or 4-ounce tubs, which might seem to offer a reasonable amount of sugar until you recalibrate the serving size.

For example, converted to 5.3 ounces, a typical yogurt tube would have 30 grams of carbs and only 6 grams of protein. Yikes!

What else might you see on a yogurt label?