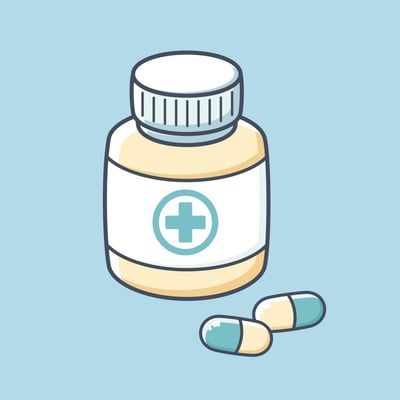 Research reveals improved A1c and weight loss benefits for people with type 1 diabetes on sotagliflozin, but a slightly increased risk of DKA

The American Diabetes Association’s (ADA) 77th Scientific Session in June convened key leaders in diabetes research to share findings on the latest drug developments. At the conference, Lexicon Pharmaceuticals presented full results from three major trials looking at the safety and effectiveness of sotagliflozin, a new kind of type 1 diabetes therapy (a pill!) currently undergoing clinical trials that is taken in addition to insulin.

Results from inTandem1 found a significantly greater proportion of people taking sotagliflozin benefitted from the new therapy – defined as reducing A1c to less than 7% with no instances of severe hypoglycemia (low blood sugar) or diabetic ketoacidosis (known as DKA – read more about it here). Specifically:

Sotagliflozin is a dual SGLT-1/SGLT-2 inhibitor, meaning that this one drug has two separate functions. First, the SGLT-1 inhibitor part delays glucose from being absorbed by the intestines, which helps to "flatten" the rise in blood sugar after a meal. Second, the SGLT-2 inhibitor part helps the kidneys to excrete (or, urinate) out excess glucose, helping bring down blood sugar levels further. The value of a pill like sotagliflozin would be that it could be taken in addition to insulin to help people with type 1 diabetes further manage blood sugar levels, ideally reducing blood sugar variability and the amount of insulin needed.

The inTandem1 trial recruited participants from the US and Canada, while inTandem2 enrolled primarily European participants. The European trial results were similar, with 32% of trial participants benefitting from sotagliflozin, compared to only 15% of the placebo group.

Topline results from the global version of the trial (inTandem3) revealed a concerning increase in risk of DKA – 3% of those taking sotagliflozin experienced DKA, compared to 0.6% in the placebo group. Still, on other measures such as lowering A1c and avoiding hypoglycemia, more people taking sotagliflozin benefitted than people taking placebo. Given that all participants were educated on DKA risk management (like using a ketone meter when not feeling well even with in-range or low blood sugar levels), it will be important for researchers to follow up on this risk before sotagliflozin will be approved by the US FDA.

Though sotagliflozin is still in clinical trials and is not yet commercially available, many leadings healthcare providers and researchers have expressed excitement about the potential of this pill to help people with type 1 better manage their diabetes. If approved, sotagliflozin will be the first dual SGLT-1/SGLT-2 inhibitor available, bringing an important treatment option to people with type 1 diabetes in addition to insulin. Other examples of drugs being developed for use in type 1 diabetes in addition to insulin (called “adjunct therapies”) include Farxiga and Jardiance, both SGLT-2 inhibitors.