What TV and Film Get Right (and Very Wrong) About Diabetes 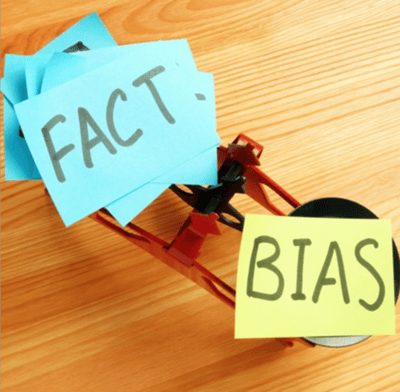 Unfortunately, people with diabetes are often unfairly represented in the media. An accurate and empowering portrayal of a person with diabetes on screen is one of the most powerful tools available to raise awareness about diabetes and combat diabetes stigma.

We are all heavily influenced by the entertainment we consume. We take the scenarios on the screen and relate them to our own lives in many ways. Why wouldn’t we? Often, the intention behind entertainment and media is to create a situation that makes us think about ourselves and the people around us. That’s why the way people and ideas are portrayed in movies and shows is so important, and powerful.

With millions of people with diabetes in the U.S. alone, a number that only grows everyday, it’s more important than ever to portray the condition in a respectful and accurate way on the big and small screen. Despite so many people having diabetes, there is limited media that puts characters with diabetes in the spotlight.

Minor characters with diabetes who are not taken seriously, disparaging humor about the condition, and one-off remarks that stigmatize diabetes unfortunately exist all over the media landscape. In this article, I want to focus on some recent examples, exploring how movies and shows both help and hurt those who are living with diabetes.

Because Pixar movies generally attract enormous audiences, a film that includes a character who has diabetes can help educate millions of people. This is the case in one of Pixar’s latest films, Turning Red, in which a character appears with an insulin infusion set on her arm.

The film doesn’t explicitly discuss the character’s diabetes or why she is wearing the device, but this “character detail” delivers an important message. The child in the movie uses a visible infusion set for insulin, a fact understood by any audience member who recognizes the device on her upper arm. However, managing her diabetes does not limit her actions or become a topic of discussion among the other characters. Viewers infer, correctly, that diabetes does not limit what you can do or define who you are.

This science fiction drama series on the USA Network is an exploration of a post-alien-invaded society controlled by the alien outsiders in Los Angeles. One of the main characters in the film has a child with type 1 diabetes, and the only insulin available must be purchased in a black market run by the alien invaders.

The child’s aunt attempts to obtain the insulin for her nephew illegally. Getting the insulin required to sustain the child’s life compels his mother and aunt to do some dangerous things. Though these actions are highly dramatized for the show, it made me think of the very real challenges some people have in our world when it comes to insulin access and affordability.

People with type 1 diabetes depend on insulin to survive. When those who do not have the money or the insurance to access it, it creates a potentially life-threatening dilemma. I believe the fact that the show attempts to shine a light on this pressing matter is admirable. The program communicates how important insulin is to people with diabetes and the measures people might be willing to go to in order to acquire it.

Even if our world were taken over by alien invaders, for many with type 1 diabetes, their most pressing concern, perhaps, would still be how to secure their insulin supply.

Kevin James stars in this comedy about a mall patrol officer who comes into contact with criminals one night after the mall closes. James is known for his role on the sitcom The King of Queens, which positioned the actor’s weight and physical appearance as a huge part of the comedy. Similar to The King of Queens, in Mall Cop, James’ character, Paul Blart, is ridiculed for being in poor physical shape.

The writers also give Blart, the main character, diabetes, which is exploited as a source of humor and ridicule in the movie. It’s further disappointing that the movie plays on the harmful stereotype of linking obesity and diabetes. Although obesity increases the risk for type 2 diabetes, not everyone who has diabetes also has obesity, and not every person with obesity has diabetes. There are numerous factors that contribute to someone potentially having diabetes, including genetics, age, the environment, and socioeconomic factors.

Mall Cop also inaccurately portrays one of the most serious and misunderstood problems that people with diabetes face. In one scene, Blart struggles with hypoglycemia, or low blood sugar, which can result in sweating, irritability, hunger, confusion, and in severe cases, unconsciousness.

In the scene, Blart tries to intimidate the villains in the movie, only to have an episode of hypoglycemia ruin his moment. He then eats a small lollipop on the floor, and seems to immediately recover. Regrettably, this scene misrepresents the potential severity of hypoglycemia, what it looks like, and how it is treated.

Severe hypoglycemia (which occurs when your glucose is too low, and is rare in people with type 2 diabetes who don’t take insulin) is serious and can even be fatal if untreated. In the film, Blart’s dizziness is used as a source of humor. He hits his head on the table at the onset of his hypoglycemia, knocking his head so hard that it would surely result in more damage than the movie demonstrates.

He does consume a small amount of sugar, the aforementioned lollipop, but his immediate recovery is not realistic. NHS Inform estimates that it takes around 15 minutes to recover from hypoglycemia that is less severe. Blart’s hypoglycemia is presented as much more drastic, and his recovery occurs within a few seconds after consuming sugar. This undermines the true nature of hypoglycemia and might convey the impression that it is really not a big deal.

There is no doubt that the effects of hypoglycemia may look amusing to some and open up possibilities for slapstick humor and exaggerated body language. However, it is dangerous to pass hypoglycemia off as a joke. Without any prior knowledge, people who do not have diabetes could leave the theater thinking that hypoglycemia is simply a personal quirk rather than a real health problem.

This show was one of the most popular sitcoms of the 2010s. Portraying the friendship circle of several nerdy scientists and the women who fall in love with them, The Big Bang Theory was known for playing up certain stereotypes about the characters depicted on screen. These depictions, however, were not always accurate, and when the writers of the show chose to make jokes about diabetes, they crossed the line.

diaTribe and Beyond Type 1’s dStigmatize media guide, which looks at how diabetes is depicted in entertainment, examines an episode of The Big Bang Theory. In the show, Penny, one of the main characters, makes fun of a group of customers with obesity in the restaurant she works at, saying that one of those “chubsters even had an insulin pump.”

This is a harmful way to joke about both people with obesity and people who use insulin and diabetes devices.

The show does not try to educate viewers about the subject of diabetes, unlike the previous two examples. Instead, it feeds into one of the worst assumptions about people with diabetes, which is that they all have obesity and do nothing but eat sweets. Plus, people with type 1 diabetes, which is the primary group of people who use a pump, require insulin to survive – their condition can’t be managed simply by eating fewer sweets or losing weight.

It’s disheartening when writers for a show as popular as this one choose to do virtually no research on the medical issues that provide the source of their jokes.

Why is the depiction of diabetes in the media so important?

Many of the scenarios depicting people with diabetes on the screen might help introduce the audience to diabetes, which is a helpful first step in education. But if the stories and jokes don’t accurately portray the experience of having diabetes, then the show or movie may be contributing to many of the harmful misunderstandings and misconceptions about diabetes that permeate society and lead to stigma.

When enough people are bothered by the way diabetes is shown in the media, changes will follow – and already we are seeing some positive steps (such as in the popular Netflix show, The Baby-Sitters Club, which features a main character with type 1 diabetes who wears an insulin pump and is charismatic and well-liked). Hopefully more filmmakers and writers who have diabetes can craft stories that make progress in this area. Entertainment has the power to change the world for the better. But it often does the opposite.

To learn more about the ways in which people with diabetes are depicted on screen and the importance of portraying their experiences accurately, check out diaTribe’s new website, dStigmatize.org, launched in February 2022, and read the media guide on the subject.

Shawn Laib
Shawn Laib graduated from the University of Washington Class in 2020 with a degree in English Literature. He is a fan of video games and basketball. He was diagnosed with... Read the full bio »