'The Baby-Sitters Club:' The Truth About Stacey 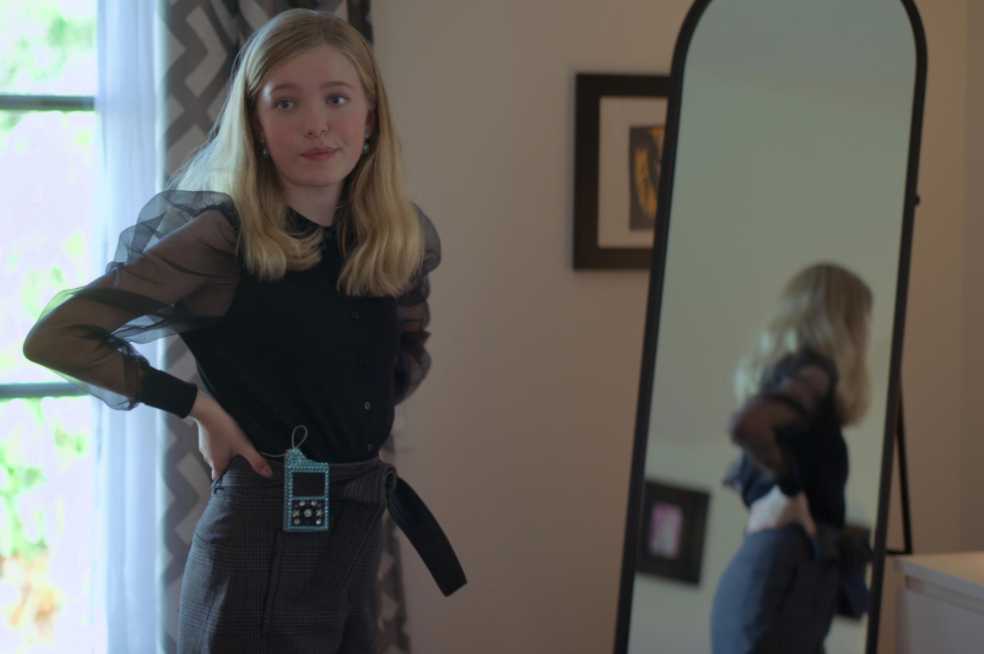 Stacey McGill in Netflix’s "The Baby-Sitters" Club, adapted from Ann M. Martin’s book series, is a character that many people with diabetes finally have the opportunity to connect with. Read about what the role meant for 16-year-old Shay Rudolph who portrays her, and the impact she hopes to have.

On screen, Stacey wears a continuous glucose monitor (CGM) and insulin pump while making decisions that affect her glucose levels. Throughout the show, Stacey becomes progressively more open about her diabetes, leaning on her family and friends for support. She also regularly discusses her glucose levels with her doctor. Still, like many others with diabetes, Stacey struggles with opening up about her challenges with her condition and expressing when she’s not feeling well because she worries about being viewed as different.

In one episode, Stacey is nominated to be JDRF’s cover girl for the month and is honored by them at one of its galas. “Not being ashamed of your disease doesn’t mean you have to love it all the time. Sometimes it sucks,” Stacey said.

While Stacey is a charismatic lead, this is not often the case in the media. People with diabetes are rarely represented in television or movies, and when they are, they are often the butt of a joke about candy and sweets, their weight, or laziness. Although the intention behind these jokes may not be to cause harm, they can exacerbate the shame that someone with diabetes may feel. Studies show that 76% of people with type 1 and 52% of those with type 2 report feeling diabetes stigma, defined as the exclusion or blame that people with diabetes unfairly experience due to their health condition.

Though Rudolph herself does not have diabetes, in preparing for the role, she learned about type 1 from in-depth conversations she had with a 13-year-old girl with the condition.

“I was trying to absorb all of the information that I could, and there were a lot of people on set that were making sure it was completely accurate,” said Rudolph. “Small jokes can really hurt, so playing Stacey isn’t just a job for me, it’s a huge piece of my heart because I understand it, maybe not fully with the diabetes aspect, but I understand it fully coming from the perspective of a teenage girl who’s very similar to Stacey.”

For adolescents with diabetes, there may be even greater feelings of shame for having to wear devices on their body and to navigate everything that comes with the awkwardness of growing up.  “It means so much to me [to be a positive representation of a person with diabetes] because I fully understand the general brutality of teenagers and the world today with the internet, so it’s great that it felt so modernized to include that kind of stress, of the pressures of the world,” said Rudolph.

People with diabetes may feel shame concerning injecting insulin, blood glucose monitoring, dietary restrictions, weight, and the general fear of experiencing low blood sugar. They may also feel judged or blamed for causing their disease. This perceived stigma can have a negative effect on one’s mental health and can even prevent people from getting the care they need.

Research shows that a key way to reduce diabetes stigma and to debunk myths and misunderstandings is by expanding people’s knowledge and public awareness about the condition. In fact, many people with diabetes believe this to be the case: 46% of adults with type 1 and 40% of those with type 2 recommend increased education about diabetes management. This is one reason why it is so important for people with diabetes to be accurately represented in the media.

Although many children may grow up not knowing much about diabetes, Rudolph had a personal stake in learning about diabetes and being a positive representation. “Diabetes actually runs really strongly on my mom’s side of the family, and I think when you grow up around something, there’s still confusion and stigma when you’re not properly learning about it. It is still important to educate people and to have this representation because there are a lot of people that don’t know anything about it, and if they do, they still don’t know a lot about it.”

Because of constant misrepresentations, Rudolph found it essential to accurately depict what it was like to live with diabetes. In the show, Stacey struggles with trying to control her glucose levels and having to explain her condition to her friends, as many people with diabetes experience. “I would ask people who have type 1 diabetes about what they feel when their blood sugar is really low, when it’s really high, and what they do every single day to prevent that,” said Rudolph.

Rudolph explained that learning about the experience of someone with diabetes was not at all easy. One challenge, she said, “was making sure that those emotions were really raw so that everybody could understand.”

While preparing for the role of Stacey McGill was a challenge, it has been worth it for Rudolph. “I’ve been able to talk to so many people and hear so many stories, and honestly that’s the best way to learn – from real people with real stories to share. I’m so grateful for that because it helps me go back to set and go into it with such a different mindset than before.

Many people with diabetes, especially children, have even reached out to Rudolph to share what her character means to them. Rudolph’s social media platforms are filled with hundreds of comments from people expressing the significance of Stacey’s character to them.

“Anytime I post about "The Baby-Sitters Club," I see so many comments from people saying that they have type 1, and they grew up with the books and they helped so much. But now being able to see it in a different form of media is incredible, and they get to show it to their kids or other young girls who are now watching the show for the first time.”

“If I know that I can bring a smile to someone’s face for even just a second or make them feel just a little bit less alone in the world, then I know that I’m doing the right thing, and my job is done,” said Rudolph.