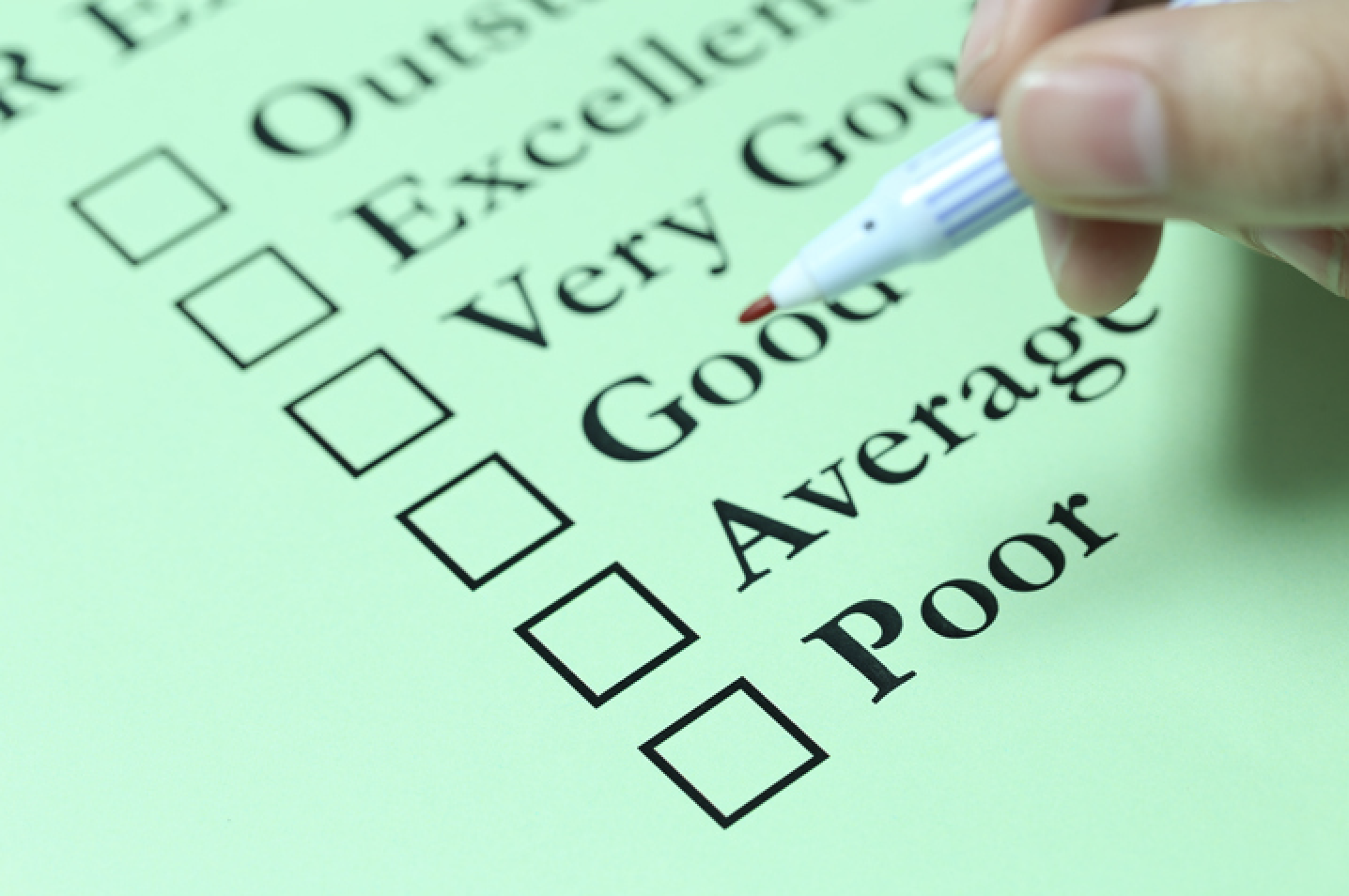 By Renza Scibilia and Chris ‘The Grumpy Pumper’ Aldred

Diabetes advocates, Renza and Grumpy, share the importance of #LanguageMatters and the consequences of  “grading” diabetes management

Twitter celebrates some of the brilliant aspects of diabetes. It provides a platform for people to come together for support and encouragement from others walking the same diabetes path, and it’s a great place to learn and keep updated on the diabetes research world.

But it also showcases some things we really could do without. Such as this:

This gem was shared a month ago, with the explanation that the scale is currently used in an Australian hospital. But it’s not just diabetes clinics Down Under that use this sort of grading system. After Renza’s Twitter thread on why this is problematic, people from the UK and US reported similar grading systems used in the care of adults and children with diabetes.

We all know that A1C is, in many ways, a flawed measurement. It provides an average and fails to tell the story about the details of daily diabetes numbers and management. As shared in this article, an A1C of 7% can’t be taken at face value of simply being an ‘in range’ number that needs no further attention. 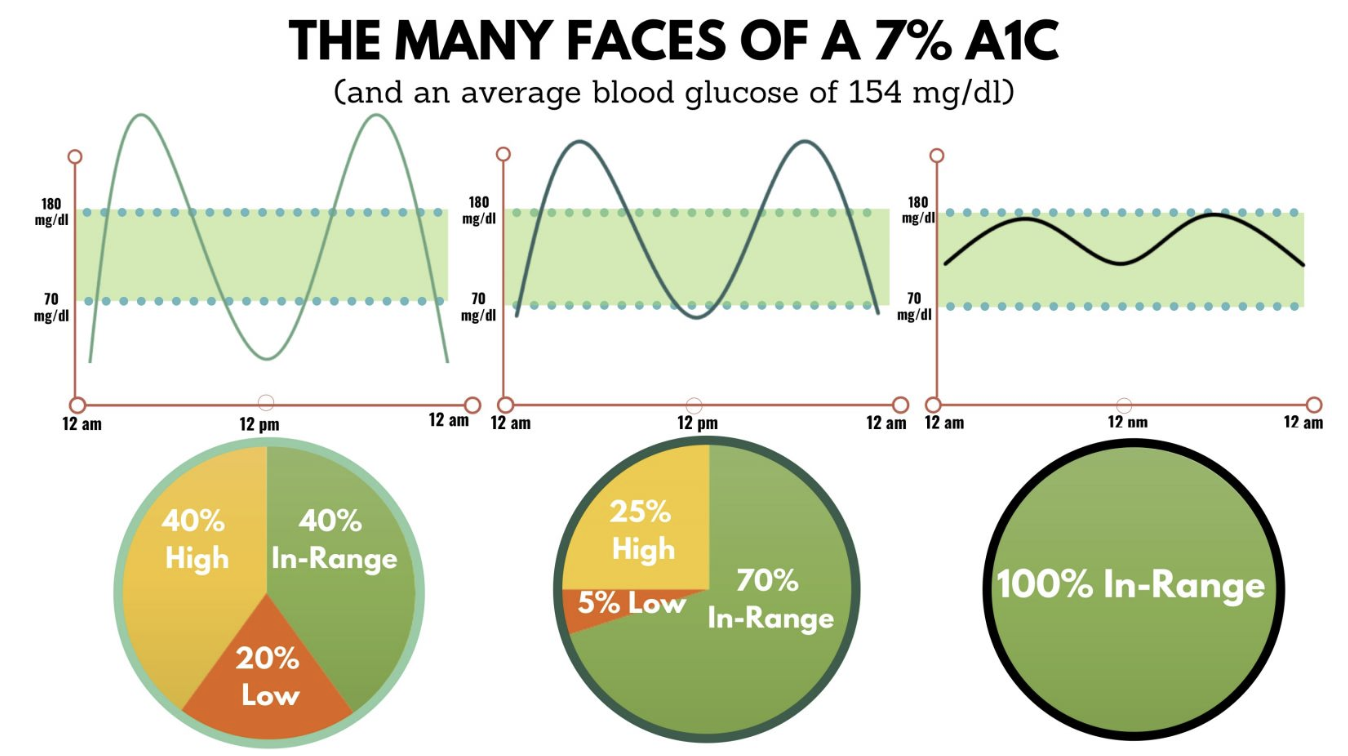 With continuous glucose monitoring (CGM), we get a far more useful and meaningful picture of what is going on. Time in range is considered a more worthwhile assessment of just how much time we are reaching, and sitting within, our targets. Of course, this is only relevant for those using CGM, which is still the vast minority of those living with type 1 diabetes and almost totally excludes those living with type 2.

So, for many, A1C remains the measurement that is still frequently used to ‘check in’ on their diabetes management to see how things are tracking. For people with diabetes unable to access (due to expense or availability) or those choosing not to use it, there is no other way to easily provide a longer-term review of glucose levels.

However, whether A1C is flawed or not is actually irrelevant here. The issue is the idea of giving grades to a person with diabetes based on any measurement.

We’re not against A1C checks. We consider them the same way that we do any other medical check: information for us to take action, and a benchmark to review progress. But that’s not to say that we haven’t faced the judgement that comes when an A1C result is handed down to us. We have felt measured and graded, with the number being used as an indication of whether we’ve succeeded or failed. No person with diabetes should ever be made to feel that way. Ever! And while neither of us have been given a grade for our A1C, we know just how harmful using this sort of assessment can be.

We’ve both had times where we have made huge efforts to improve our diabetes management only to not see this work reflected in our quarterly A1C checks. Sometimes that huge effort kept our A1C steady, but we were made to feel that this was not good enough. To be told that we are a D (or another grade) when we know just how hard we’ve tried can be devastating. It doesn’t motivate us to do better; it makes us wonder why we bother at all.

Grading A1C is not acceptable in any setting. We have both sat at all spectrums of this scale and there were myriad reasons our A1Cs were out of our preferred range. Sometimes that had to do with treatments available at the time (Grumps was on twice daily insulin when first diagnosed), but it also had to do with what else was going on in our lives at the time. A1Cs fluctuate for many reasons: illness, infection, hormones (the list goes on) all affect our diabetes management, and are not things we can actively change or avoid. Our emotional wellbeing and resilience impact our ability to ‘do diabetes’, and this is then reflected in measurements such as A1C.

We’re also concerned that with the scale here, there is the risk that people whose A1C is in the ‘non-diabetic’ range could be refused ongoing treatment, devices, and drugs. After all, why would they need any of that if they no longer have diabetes?

For years now, under the banner of #LanguageMatters, we have rallied against the idea of ‘good’ and ‘bad’ numbers. Instead, we have urged for neutral terms such as ‘high’, ‘low’ or ‘in range’; words that are factual and devoid of judgement. We judge ourselves enough; it’s human nature. We don’t need it compounded by grading systems such as this.

We urge healthcare professionals working with people with diabetes to not use these sorts of scales and grading systems when discussing any sort of diabetes (or other health) outcome. Instead, come up with individual targets, and use those as guides. Acknowledge that sometimes, simply having an A1C check (or other check) done is a huge achievement for some people with diabetes, and the result is secondary to the fact they showed up. Use words such as ‘above’, ‘below’ or ‘in range’ rather than terms that suggest the person is failing.

Consider how ideas for motivation could actually demotivate people with diabetes. With this grading scale, moving from an A to a B would be seen as a backwards step when there may only be a very small difference between the two. When delivering the number alongside a ranking, suddenly it goes from just being information to a judgement.

And finally, for healthcare professionals working in a setting that uses this scale or something similar, please speak up and do something about it. Explain why it is not okay, and how it could be done better.