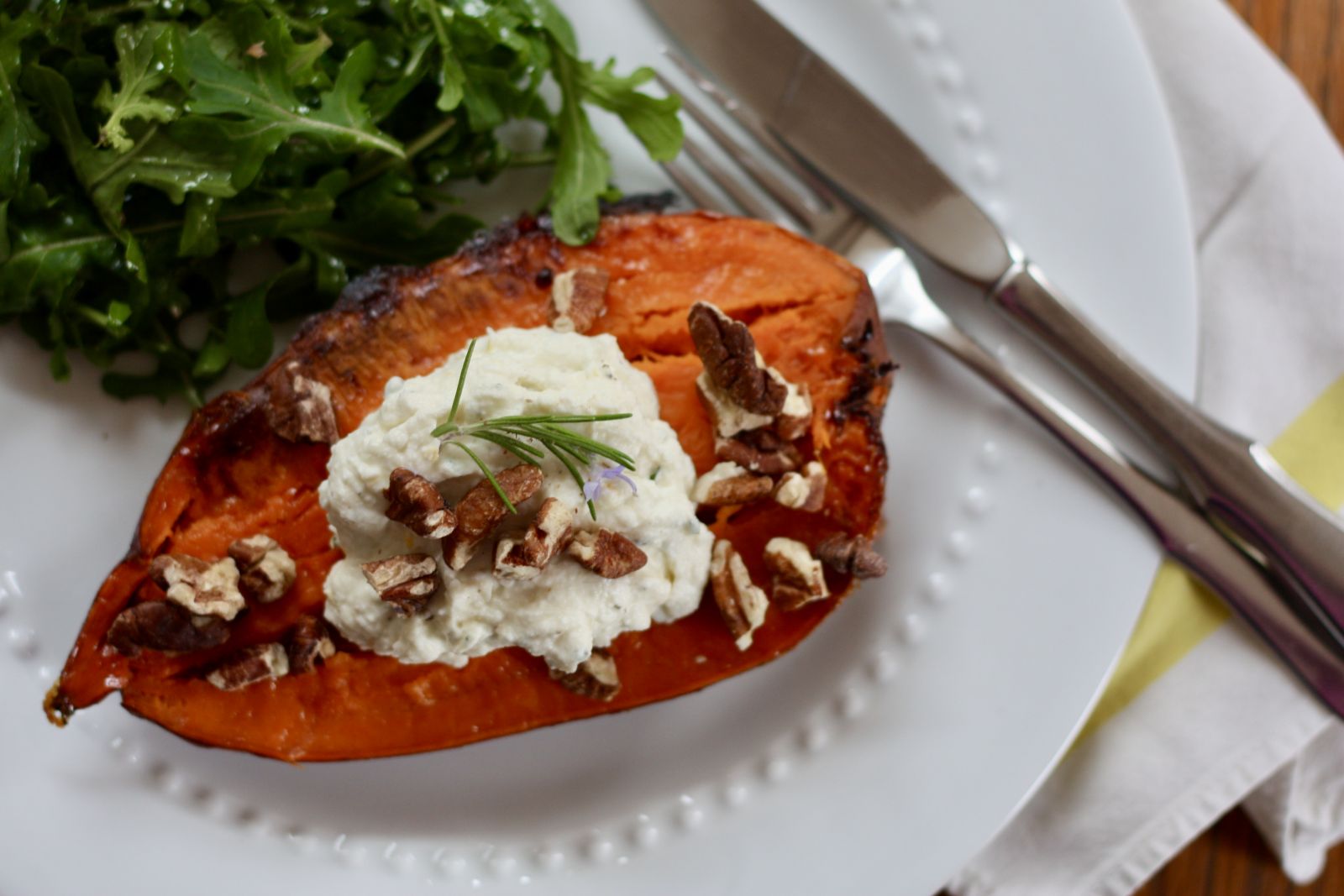 If you're looking to:

Lower the carbs: Try eating just half of a half, and add another protein to the meal (such as fish or chicken) to round it out.

Lower the fat: Skip the nuts.

Lower the salt: Use less salt.

2 teaspoons finely chopped fresh rosemary (or a different herb of your choosing, such as chives or parsley)

The grated zest of 1 lemon

¼ cup toasted pecans, coarsely chopped (to toast the pecans, put them in a 350 oven for 4 or 5 minutes, until they’re just turning golden and fragrant)