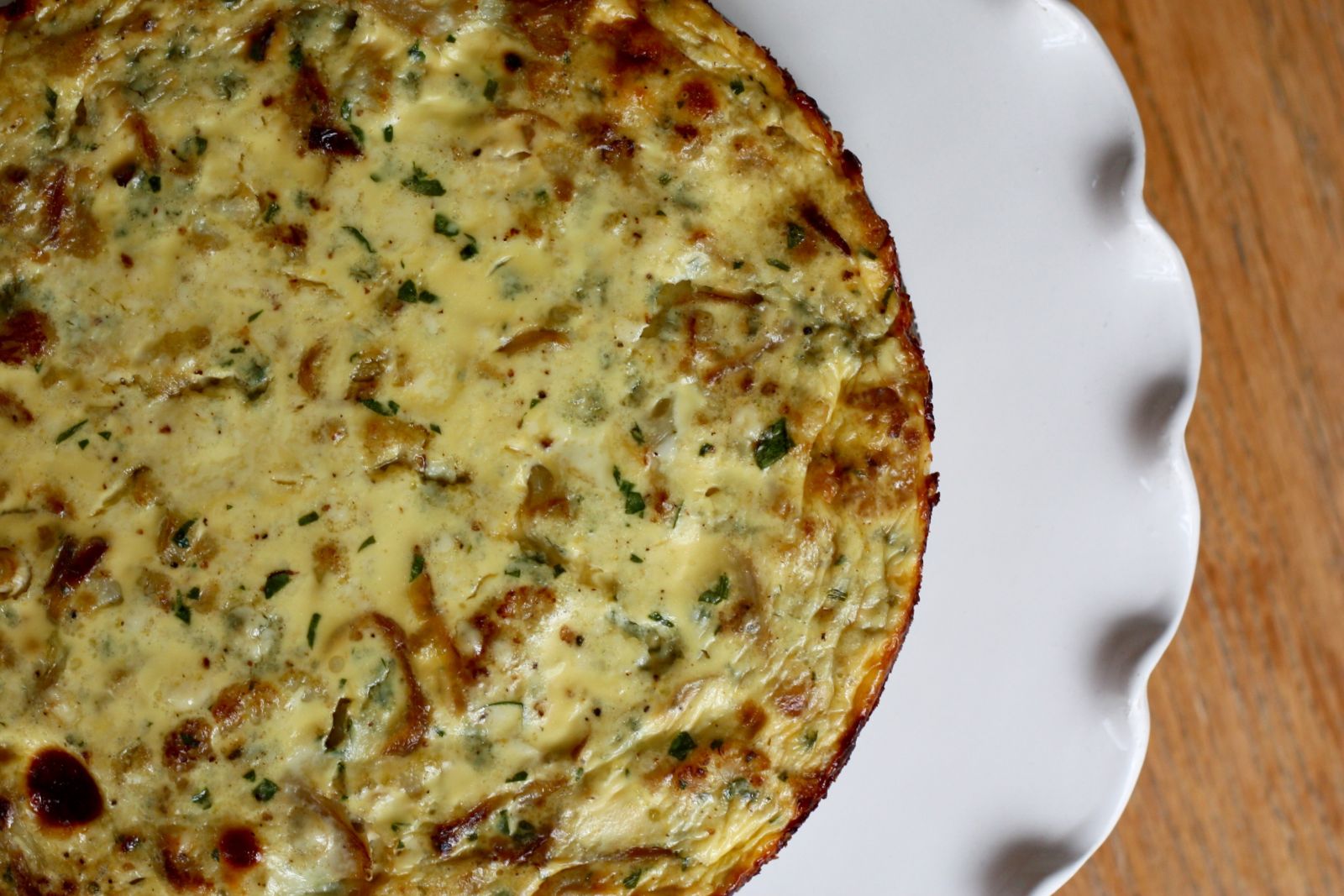 Let me say, first off: if blue cheese is not your thing, don’t be daunted! Just pretend the recipe is called something else, and swap in cheddar or Swiss or whatever you like best. And if you don’t have cauliflower, use broccoli or greens or whatever vegetable you have and like—just be sure to cook it first so that it doesn’t suddenly release all of its liquid in the oven and make the custard watery. And definitely don’t try to cut into this while it’s still hot as it will fall all to pieces. That’s all, though, for the dire warnings! Because the quiche itself is gorgeously creamy and tender and robustly flavored. Plus, if your cauliflower has seen brighter days, a good, hot sear in the pan will disguise its age.

1 medium head of cauliflower (or whatever size you have)

2 tablespoons chopped fresh herbs (such as parsley or chives), if you have them

2 cups half and half (or 1 cup each whole milk and cream, or 2 cups whole milk)

Put the quiche in the oven and bake for 35 to 45 minutes, until the custard is golden and browning and just barely jiggles when you jiggle it. If you used a spring-form pan, then cool the quiche a bit and run a thin knife around the edge before removing the outer ring. Serve warm, room temperature, or cold, with a crisp green salad (if you still have salad greens) or maybe a nice cabbage slaw.