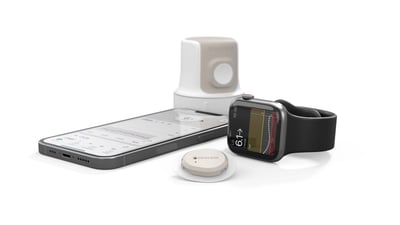 The first large-scale launch of the highly anticipated Dexcom G7 continuous glucose monitor (CGM) has officially begun. The next-generation CGM is now available in several countries across the globe, with the company targeting additional markets in weeks to come.

Where is G7 available now?

Dexcom, one of the leading manufacturers of CGM, announced on Oct. 4 that its latest product, the Dexcom G7, is now available for people with diabetes, ages 2 and up, in five additional countries – the United Kingdom, Ireland, Germany, Austria, and Hong Kong.

This marks the first widespread release of the device, in several countries across the world.

Earlier in the year, the G7 received clearance to be sold to people with diabetes in the European Union. Since then, the device was released in a limited rollout in the UK. In the United States, the device is still under FDA review, with the company targeting a start date for the limited US launch before the end of 2022.

Dexcom announced the rollout with a global digital launch event, featuring an inside look at the new features and firsthand accounts from early G7 users. Several members of Dexcom’s leadership touched on the design process and targets for expanding this launch before the end of the year.

“The first step in the G7 journey starts today,” said CEO Kevin Sayer. “For people with diabetes in [the locations above], you can get started with a Dexcom G7 right now. And we’re working quickly to introduce G7 in additional markets [including South Africa and New Zealand] in the weeks ahead.”

The G7 features updates to nearly every aspect of the company’s current CGM, Dexcom G6.

Among the most notable updates are:

You can find more details about the new technical features in An Inside Look at the Dexcom G7.

In August 2022, Dexcom announced that the US launch and FDA clearance of G7 has been delayed, amid rumors of an expected US launch date in the second half of 2022. For more details about why the delay occurred, and Dexcom's updated timeline for the US launch, see Dexcom G7 Release Delayed Until Late 2022.

When contacted for comment, Dexcom informed diaTribe that "the cost of G7 varies by market depending on reimbursement criteria in the region as well as an individual’s insurance coverage and reimbursement status." The company added that for the US launch, it anticipates that coverage of G7 will be the same as it is for G6.

What experts are saying about G7

“When we set out to design G7, it was a blank slate,” said Alex Diener, head of Dexcom’s Global Product Design team. “The software and hardware have all been reimagined. Dexcom customers from around the world were part of the design process.”

G7 will continue to expand its impact on people with diabetes as the device becomes available in more markets in the coming weeks. In locations where G7 is now available, leading diabetologists echoed excitement about the new features and potential impact of the device.

"The Dexcom G7 has features that will be welcomed by users in Europe, notably the smaller device size and 30 min warm-up time," said Professor Philip Home, emeritus professor of diabetes medicine at Newcastle University in the United Kingdom. "Users tend to be tech-aware, but the simplified transition between sensors should help expand the user base."

On increasing the number of people with diabetes on a CGM, Home added that, "this series of improvements are by themselves incremental, but put together, the advance from G6 is a distinct step change, and should further push the expanded use of real-time glucose measurement to benefit more and more people with type 1 and type 2 diabetes."

Similarly, Dr. Thomas Danne, director of the Department of General Pediatrics Endocrinology/Diabetology & Clinical Research at Children's Hospital Auf der Bult in Hanover, Germany, told diaTribe, "several aspects [of the Dexcom CGM] have been updated that directly translate to more convenience including simplifying the transition between sensors."

"Reducing burden in the daily management of diabetes will always translate into a big impact for people with diabetes," he said.

Danne added that, especially for children with diabetes, the smaller size of G7 is "preferable for children having only limited surface area for placement. I have tried out the G7 myself and I was impressed by the size and the fast warm-up time of 30 minutes – very convenient," he said.

Stay tuned for additional updates in the coming weeks as the launch of the G7 extends to more countries across the world.