FreeStyle Libre Shines in Type 1 Diabetes Study: A Decrease of 74 Minutes Per Day Spent in Hypoglycemia 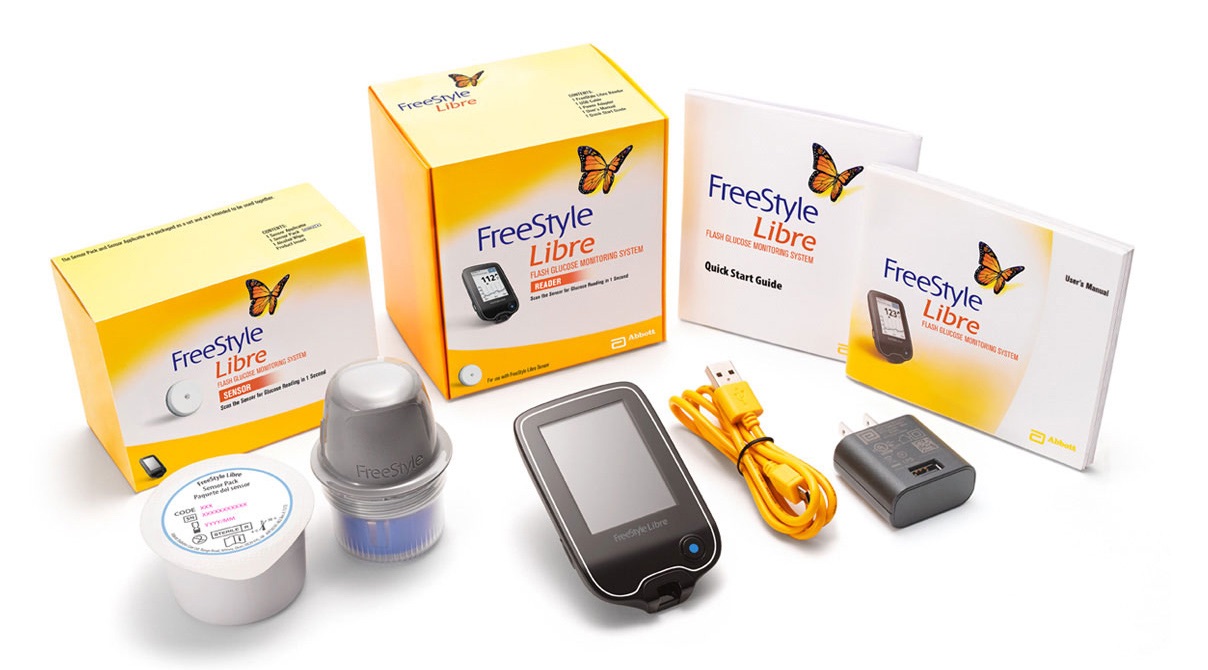 Strong results from the IMPACT study in low-A1c users.

At the ADA Scientific Sessions in New Orleans, Abbott shared results of the IMPACT study, a randomized six-month trial comparing the FreeStyle Libre “flash glucose monitor” to fingersticks in people with type 1 diabetes (see more on how the Libre works here). The trial recruited 241 participants with an average starting A1c of 6.7% (considered “very good control”) and lots of hypoglycemia at the start of the study (~200 minutes per day!). Compared to the fingerstick group, those using FreeStyle Libre spent significantly less time with low blood sugars – both during the day and at night:

There was not a significant difference in A1c between the groups by study end – both saw a very small 0.15% increase from baseline to six months (6.7% to 6.9%). The “quality” of A1c based on time in range, however, definitely improved on Libre: a decrease of 22 minutes per day in severe hyperglycemia (above 240 mg/dl), and an increase of ~60 minutes per day spent “in range” (between 70-180 mg/dl).

FreeStyle Libre essentially replaced fingerstick testing, suggesting a high level of confidence in the accuracy of the “no calibration” sensor. Fingersticks with FreeStyle Libre fell from an average of ~5.5 tests/day at baseline to 0.5 tests/day (one every two days) at six months. But those on the Libre scanned their glucose data 15 times per day on average – certainly giving them more data than just five fingersticks per day. Quality of life data was also significantly in favor of FreeStyle Libre – with participants reporting greater treatment satisfaction on the Libre. [How was hypoglycemia, time-in-range, and hyperglycemia measured in the fingerstick group? They wore a blinded sensor to capture the data at baseline and at a few points throughout the study.]

The nighttime results help counter the argument that Libre’s lack of alarms poses a danger. There is now solid evidence from two studies that Libre can help patients and providers identify some nighttime hypoglycemia and make changes accordingly.

IMPACT highlights the daunting amount of hypoglycemia those on insulin therapy (type 1 in this case) are experiencing every day. It is also a reminder of the tremendous challenges of dosing insulin as A1c approaches 7%. Patients at baseline were spending ~200 minutes per day – more than three hours – under 70 mg/dl! The hypoglycemia improvement with FreeStyle Libre was very meaningful (-74 minutes per day), and there is still room to improve further: patients on Libre were still spending two hours per day less than 70 mg/dl at six months. Meanwhile, patients using just fingersticks were still spending over three hours <70 mg/dl per day, no change from baseline. In that sense, the results tell us as much about FreeStyle Libre’s ability to reduce hypoglycemia as they do about the real-world dangers of insulin therapy, especially in “well controlled” patients; three hours per day in hypoglycemia is downright dangerous. At the same time these patients would be congratulated for getting below 7%. Avoiding lows on insulin therapy is truly difficult as A1c gets below 7%, and we’re not sure that delicate balance is appreciated enough.

These results also underscore the limitations of using A1c as the sole measure of good glucose control. Both groups saw a 0.15% increase in A1c in this study, though the quality of A1c improved markedly in the FreeStyle Libre group with significant reductions in hypoglycemia and more time-in-range. Meanwhile, the control group was still spending three hours per day in hypoglycemia with a “good” A1c 6.9%. Will the FDA and insurance companies appreciate the “higher quality” A1c outcomes that next-gen devices and drugs might bring?

The IMPACT study follows the REPLACE study, which studied the Libre’s impact on A1c in people with type 2 diabetes and high baseline A1cs. Unfortunately, the Libre did not significantly reduce A1c in that study, though it did reduce hypoglycemia and improve quality of life as well (read more here).

Abbott has broken the mold in glucose monitoring by conducting now two long-term outcomes studies (IMPACT and REPLACE) of FreeStyle Libre. There is a wealth of evidence here that more frequent glucose data is beneficial for patients and providers, and that A1c is not the only relevant measurement in clinical studies and real-world patient experience.

FreeStyle Libre (real-time version for patients) is currently available in several European countries and Australia, but it is not clear when it will launch in the US. We learned at ADA that Abbott has not yet submitted it to the FDA, meaning it likely won’t be out until 2017 or later. By contrast, FreeStyle Libre Pro (blinded, retrospective, placed in a healthcare provider’s office) has been under FDA review since mid-2015, with approval hoped for the middle of this year (yes, any minute!) in the US. More on that here. -AB/AJW