How much activity do you actually get? Why activity tracking is worth it, and perhaps needed more than ever

twitter summary: Why I’ve found activity tracking valuable, some of the drawbacks, and conversations with others who watch their step count.

How much activity do you get each week? Do you meet the minimum CDC recommendations?

To make matters worse, the CDC data is all self-reported, and studies show most people overestimate how active they really are.

This points to an unfortunate double whammy: (1) many of us are not as active as we should be; and (2) we often think we are more active than we actually are. The contributing factors are numerous – city design, workplace culture, cars, screen time, a psychological bias to over-report good behavior, to name a few – but to me, there is one factor worth singling out:

Like calories in food and sugar in our blood, there’s a certain invisible quality to activity – in other words, it’s hard to know how active we actually are unless we measure it.

This article discusses my positive experience logging my own activity, primarily by wearing a Fitbit device that reports the number of “steps” I’ve taken in a day (among other things). See below for my view of the pros and cons of wearing an activity tracker, as well as a summary of conversations with others that track their activity. You can sign up here for our diaTribe giveaway to win your own Jawbone or Fitbit activity tracker.

The Pros of Activity Tracking

1. Without question, it changes my behavior and makes me more active. The number of steps on my Fitbit is an indisputable measurement of just how active I am – and as a result, I can quickly change my behavior accordingly when I’m falling short. 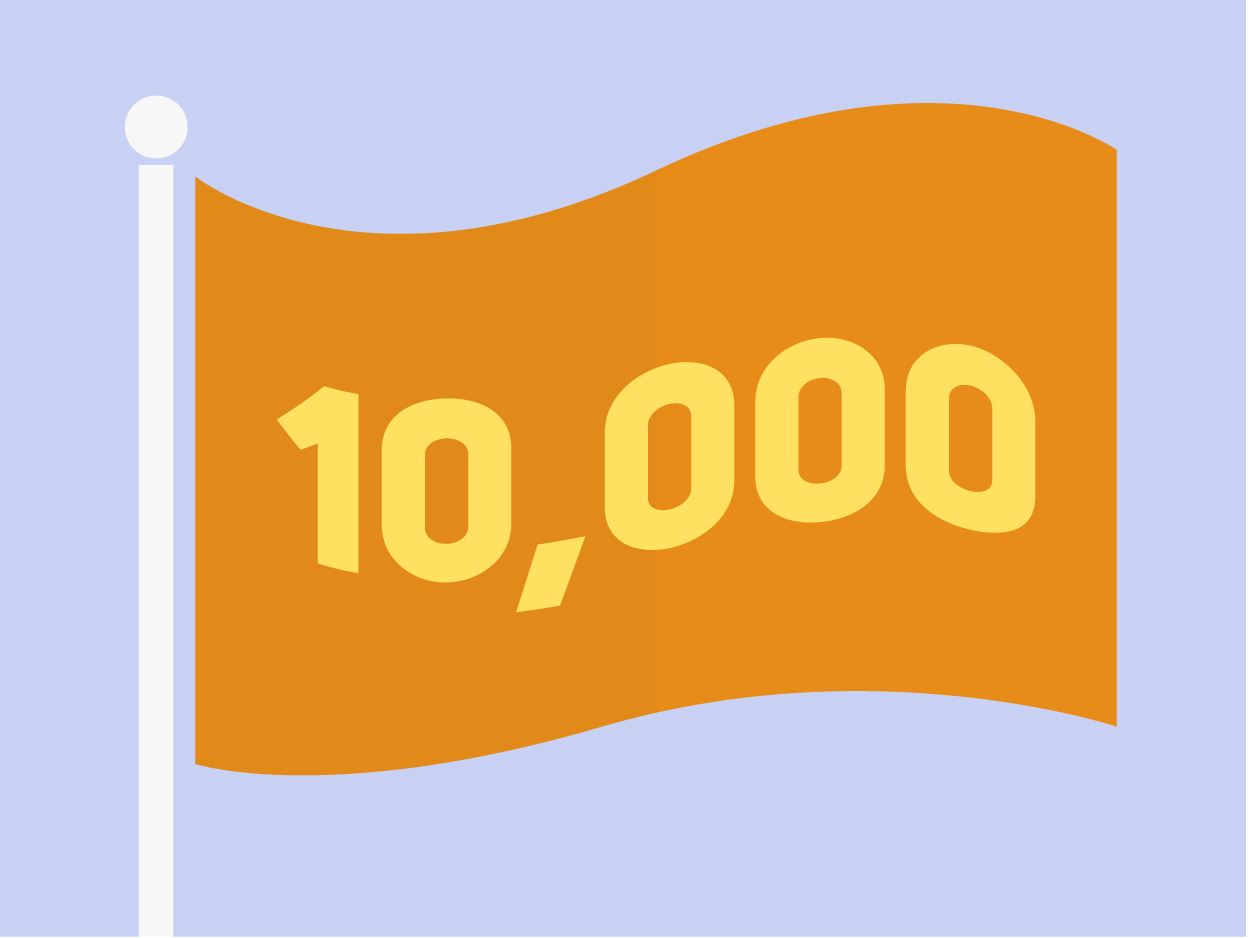 2. A single actionable goal. I shoot for 10,000 steps every day – it’s one number, and I either hit it or I don’t. By contrast, I find that most exercise targets are confusingly worded (e.g., what constitutes “moderate” or “vigorous” activity?) and rely too much on manually tracking time (e.g., 150 minutes per week). When it’s 8 pm and I see that I’m at 8,500 steps, more often than not, I’ll go for a quick walk or pace around the house to get over 10,000 steps. Does that make me weird? Maybe. But for me, having a clear line in the sand makes all the difference in the world.

3. Activity trackers give immediate feedback – I know in the moment exactly how I’m doing. Like data from CGM, it can be a gamechanger to see the real-time consequences of my behavior. By contrast, I find lots of health data is looked at too far after the fact, when it’s hard to remember and difficult to connect specific behaviors to specific outcomes. For instance, in diabetes, we often rely on an A1c measurement that reflects the last three months of diabetes management; then, we take another measurement three months later. It’s not frequent enough, and by association, not actionable enough. The ability to see continuous, real-time data is a huge benefit of activity trackers. 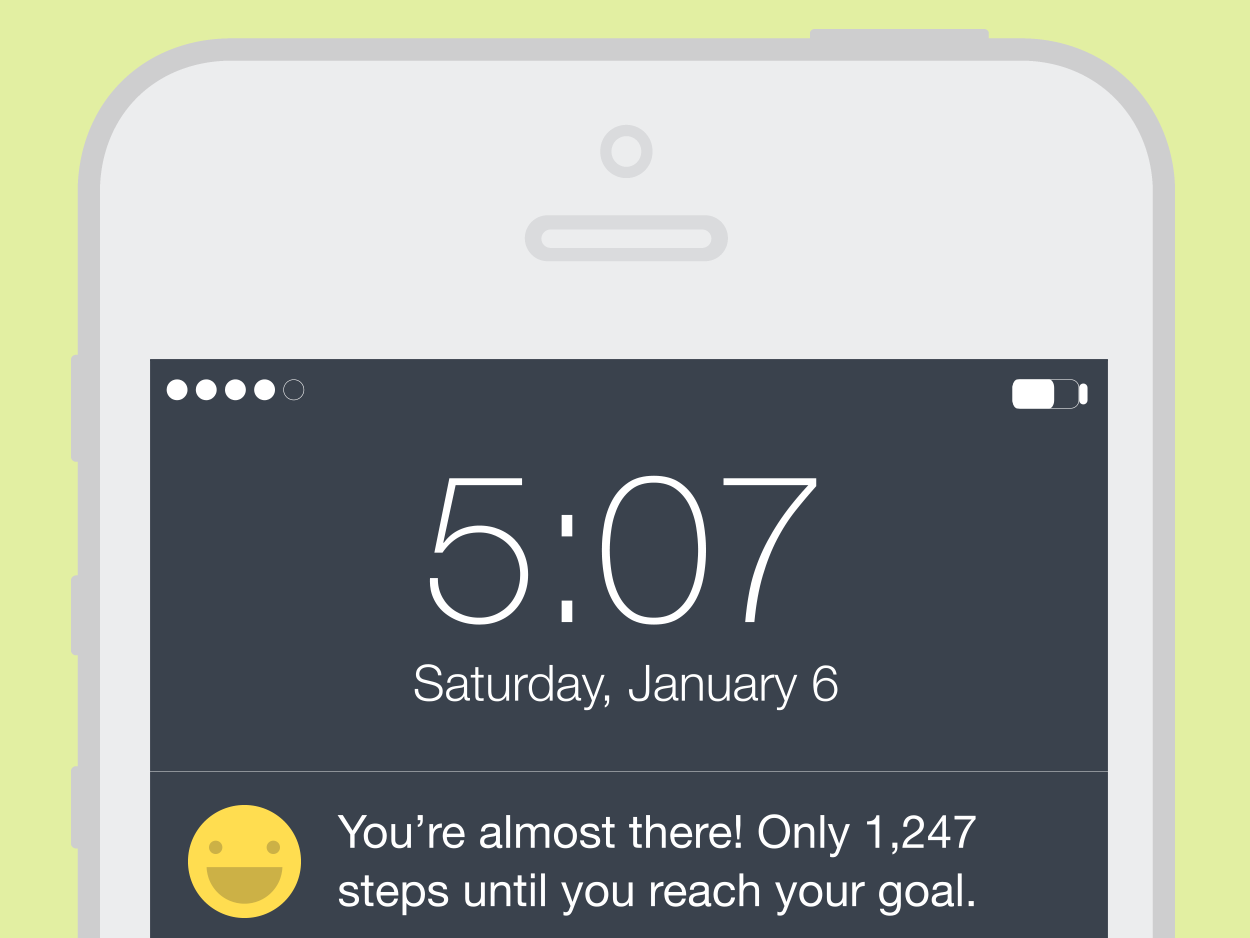 4. The feedback feels non-judgmental, and often, very motivating. While blood sugar numbers can often feel like a judgment – “265 mg/dl? What did you eat?!” – activity data feels very objective. “Okay – I’ve walked 2,500 steps today.” Instead of feeling guilty or bad about myself, usually I just feel motivated to be more active. Activity trackers also do a great job of giving encouragement with badges and achievements for reaching certain milestones (e.g., one million steps walked), as well as progress reports. Overall, the whole experience is much more positive, much more progress-oriented, and thus much more engaging.

5. Friendly encouragement from friends. I’m a huge fan of the social aspects of activity tracking – whereby you can “follow” your friends, give them encouragement, and challenge each other. This might sound like it could be cutthroat or competitive, but I’ve found it to be the exact opposite. Even the language used (e.g., “Cheer” [Fitbit], “Kudos” [Strava]) speaks to the positive atmosphere that these apps seek to foster. According to Fitbit’s McDonough, for each extra friend someone has on the Fitbit system, his or her activity increases by 750 steps per day. Based on my conversations with friends, however, the social features are not for everyone – some don’t want followers! Fortunately, you can toggle these on or off as you desire.

6. Passive data collection and seamless sync to my phone. Manually tracking and entering things is the bane of my existence – I refuse to do it. Fortunately, most activity trackers are designed with this in mind. I simply wear the device and charge it periodically; it tracks everything and sends the data to my phone in the background. I get notifications throughout the day to remind me how I’m doing. It’s very plug-and-play and very easy – exactly how data downloading should be.

The Cons of Activity Tracking

1. Not every personality responds to activity tracking. I’ve seen some people become obsessed with their step count, but I’ve also seen many lose interest over time, or never get into it in the first place. If you like setting and achieving goals, activity tracking may be a good fit – see this Strengthsfinder personality type for what I mean. If you feel like you’re already active enough, or don’t want to think about more health-related things, or find data like this slightly overwhelming, it may not be for you. 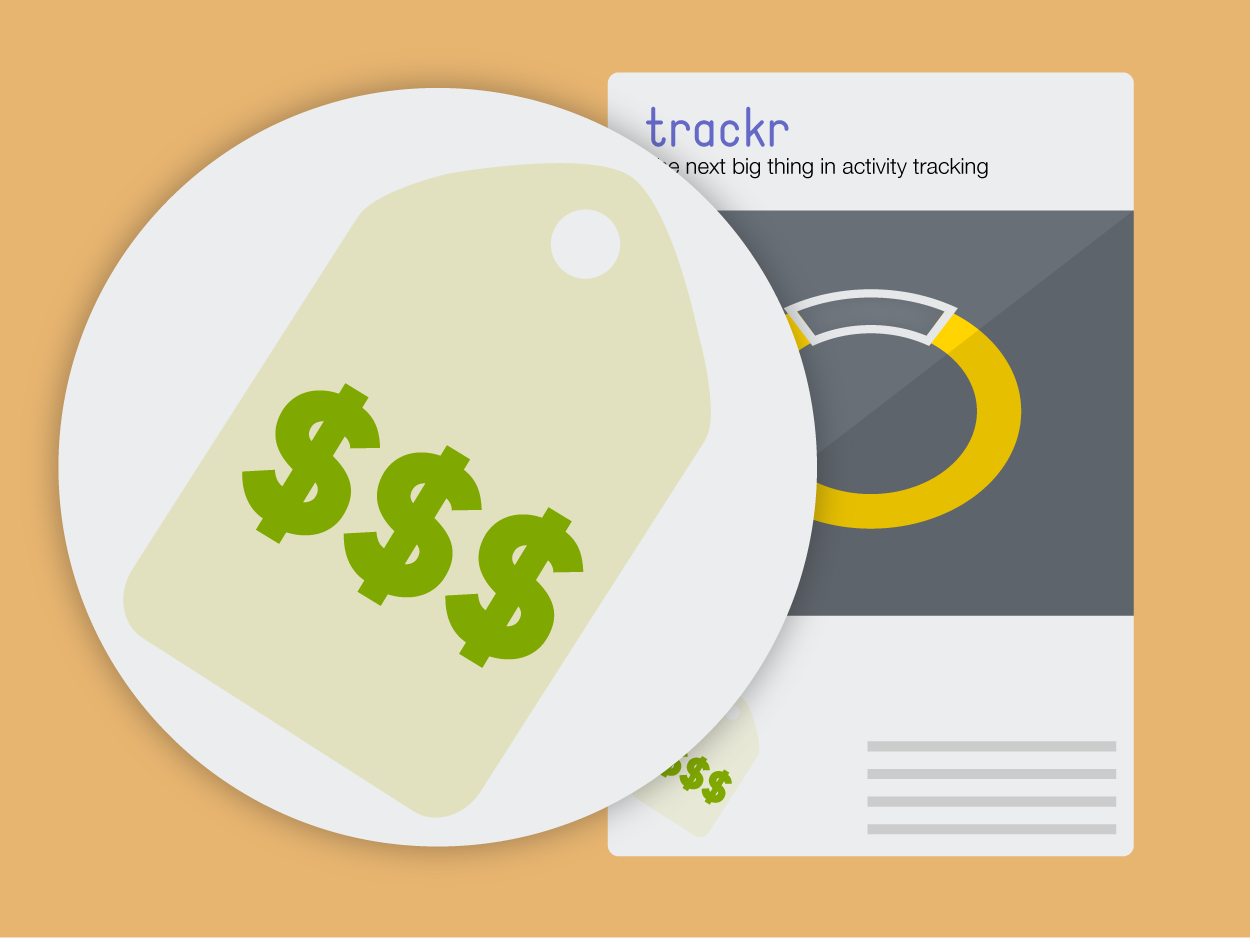 3. You can lose a device, run it through the washing machine, break it, etc. Many activity trackers are now wristbands, which make them much harder to lose. Some are waterproof, though most won’t survive a run through the wash. 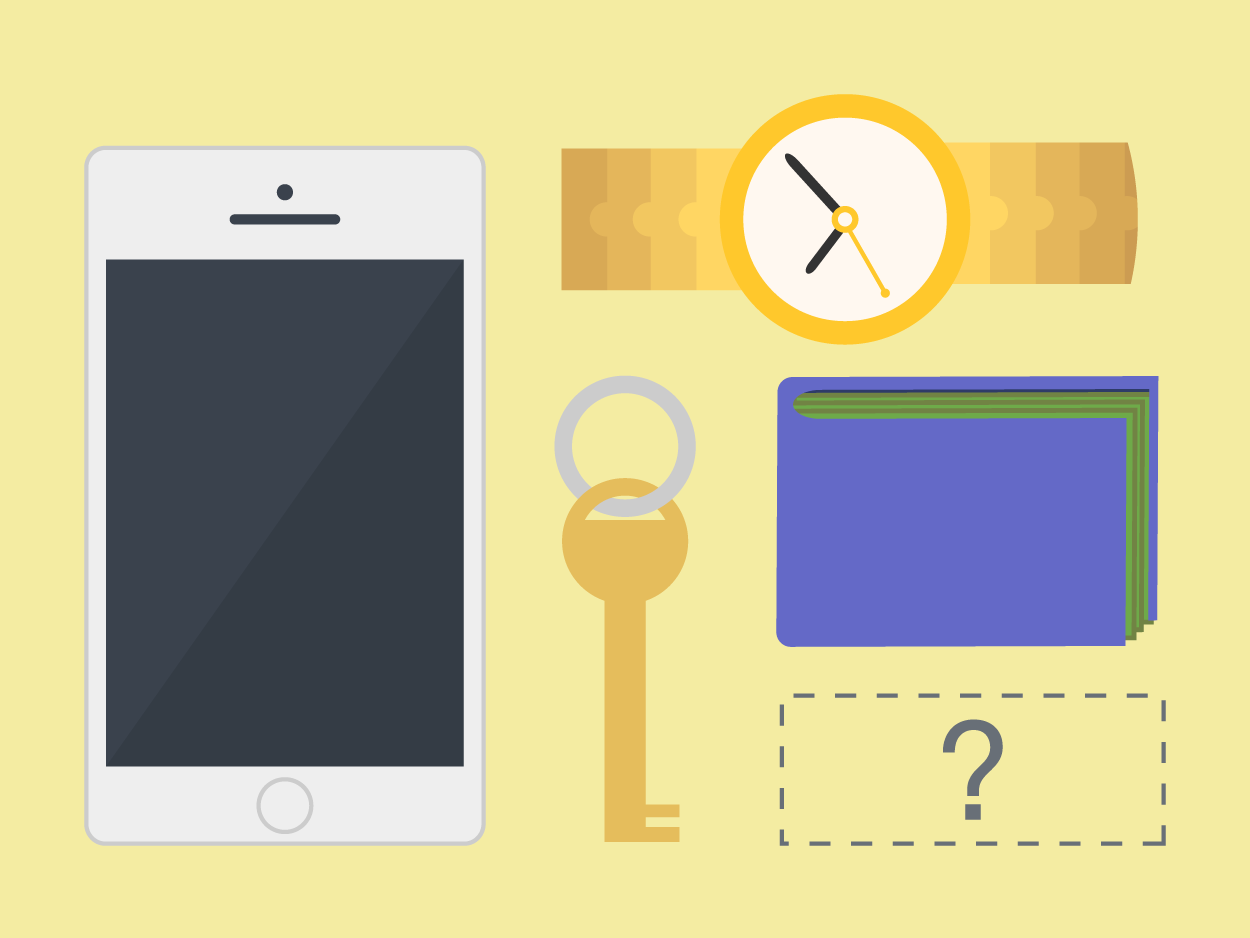 4. It’s another thing to wear/carry/think about. I generally forget I’m wearing mine, but people with diabetes carry a lot of stuff. You may not want to deal with something else.

Overall, I’ve found activity tracking to be a very positive addition to my arsenal of health gadgets. It motivates me to be more active in a world where physical activity has been largely engineered out of our lives. I love striving toward a single goal and feeling motivated to change my behavior for the better. I encourage anyone out there to try tracking their activity – whether it’s through an app, an inexpensive pedometer, or a Fitbit/Jawbone device.

Do you track your activity? Are you considering it? Please email me at adam.brown(at)diaTribe.org and share your thoughts!

Q: What made you want to use a fitness tracker (device or app)?

Has using a fitness tracker changed your behavior?

What is the biggest benefit of a fitness tracker?

What is the biggest drawback of a fitness tracker?

Has using a fitness tracker improved your diabetes?

Does the social aspect of fitness tracking intimidate you?