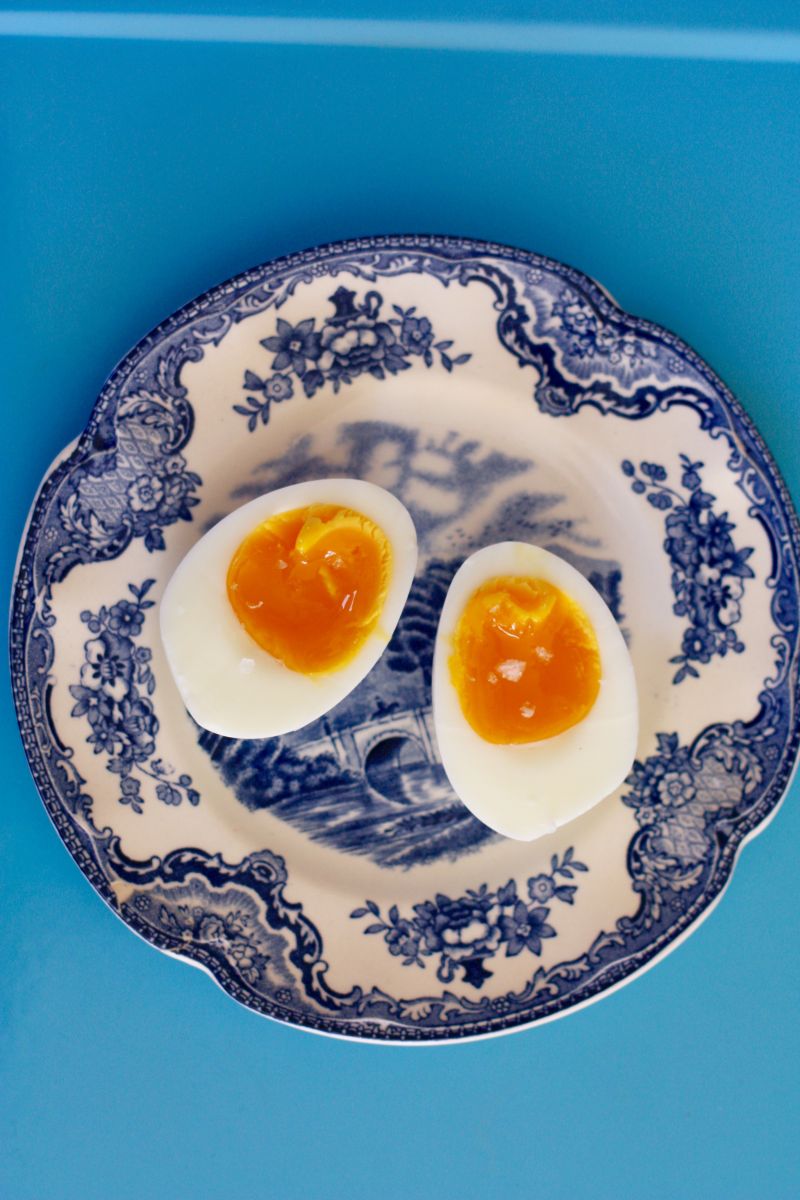 This method produces truly great medium-boiled eggs. You hear a lot about hard-boiled eggs, and a fair amount about soft-boiled, but not so much about medium-boiled. Which is sad, because medium-boiled turns out to be the gateway egg for people who don’t like hard-boiled eggs. And honestly, they’re so much better: the whites are totally set, but the yolks are still bright and soft, with barely liquidy centers. It’s true that you can’t really make deviled eggs or egg salad out of them, but for breakfast or a snack, you can’t really beat the simplicity.

To make them, half-fill a large pot with water, and bring it to a boil over high heat. Carefully lower any number of eggs into the boiling water, and boil them for 8 minutes (7 minutes for a runnier yolk, or 9 or 10 minutes for a firmer one.) If this step does not feel unbearably fussy to you, stir the eggs for the first minute and a half of boiling; it keeps the yolk from settling to one side, and seems to make the eggs easier to peel. When the eggs are cooked, drain them and run cold water over them until they’re cool enough to handle, then peel them and blot them dry on paper towels before halving and serving.

Optional additions include a drizzle of hot sauce, a confetti of herbs, a dash of curry powder, or a little splash of vinaigrette. Some bacon crumbs wouldn’t hurt, either, unless, of course, you keep kosher or halal or are a vegetarian, and then they would.