Omnipod 5 Cleared by the FDA 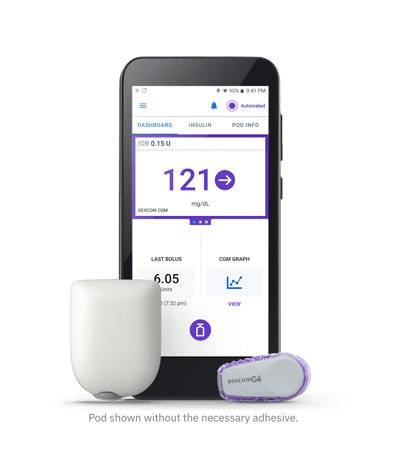 The Omnipod 5 automated insulin delivery system has been cleared by the FDA for people with type 1 diabetes. The system, which includes a tubeless insulin pump, a Dexcom G6 continuous glucose monitor, and a smartphone app, will be available later in 2022.

The long-awaited FDA clearance of Insulet’s Omnipod 5 automated insulin delivery (AID) system is finally here. The new AID system was initially cleared in January for people with type 1 diabetes ages 6 and up. This month, the clearance was expanded for those ages 2 and up.

“FDA clearance for Omnipod 5 was based on a pivotal trial that found that Omnipod 5 was safe, effective, and demonstrated the trifecta of clinical results including sustained reduction in A1C, improved Time in Range (TIR), and very low occurrence of hypoglycemia,” said Angela Wiczek, senior director of corporate communications at Insulet.

On Aug. 22, the FDA cleared the system for young children ages 2-5. In a recent study of the Omnipod 5 system in this age group, the system helped increase Time in Range by an average of 2.6 hours per day. Also, throughout the entire 13-week trial, there was not a single instance of severe hypoglycemia or diabetic ketoacidosis (DKA) in children using the Omnipod 5 system.

What is the Omnipod 5?

The Omnipod 5 consists of three components:

All AID systems require an algorithm that allows the CGM and the pump to talk to one another to adjust insulin dosing based on a person’s glucose levels. In Omnipod 5, the algorithm – called SmartAdjust – is embedded into the Pod itself. 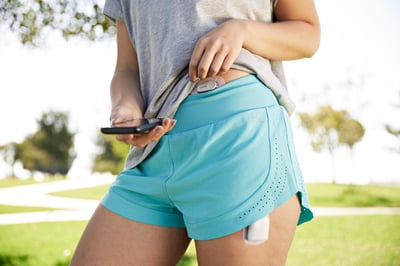 The user can customize their glucose target in 10 mg/dL intervals from 110 to 150 mg/dL and the system's algorithm takes into account the amount of insulin on board (the insulin in the body) when making these adjustments.

The system can be operated in several modes:

The CGM and Pod are connected via bluetooth and since the SmartAdjust algorithm is housed within the Pod, even if the controller or your phone were to run out of power (or move outside of the bluetooth range), the system can still run in automated mode.

When will the Omnipod 5 be available?

The Omnipod 5 system is now available to everyone with a prescription through their pharmacy.

How much will the Omnipod 5 cost?

The Omnipod 5 app (on the provided controller or as a smartphone app) will be provided at no additional cost. The Pod prescription price will vary depending on individual insurance coverage.

“When we think about why people don't adopt these technologies, despite the fact that they clearly increase Time in Range and achieve better outcomes and better quality of life, it is down to how complex and expensive they are to use,” said Insulet CEO Shacey Petrovic, emphasizing Insulet’s goals to keep costs low. “The vast majority of our users today are accessing Omnipod DASH for less than $50 a month, and we fully expect that to be the case for Omnipod 5 as well.”

For the more than 250,000 current Omnipod users, Insulet also offers a program called OmnipodPromise that allows any new or existing user of the Omnipod DASH device to upgrade to the Omnipod 5 system free of charge.

“People interested in a tubeless technology can try Omnipod DASH free for 30 days now and they will be easily upgraded to Omnipod 5 with a prescription directly to their pharmacy once available and covered by insurance,” said Wiczek.

What features are coming for the Omnipod 5 system?

Insulet said they are working on the development of the iOS version of the Omnipod 5 app.

Insulet is also working to expand the availability of their AID system to even more people with diabetes. “We will soon submit for the pre-school group, aged 2 to 6 years, a group for which we have impressive pivotal data,” said Wiczek. “In addition, we are currently conducting a clinical study with Omnipod 5 in people with type 2 diabetes.”

The Omnipod 5 was submitted for FDA clearance at the beginning of 2021, but due to delays at the FDA, the system was cleared just recently.

“The one good thing about the extra time that it's taken us [to get FDA clearance] is now we have 200,000 days of user data, almost two years on the system for people,” said Petrovic. “From that data, we know that the system is a life-changing technology for people living with diabetes, and we're going to work very hard to make it as accessible and available to everybody as rapidly as we can and could not be more excited to be here in this moment.”

To learn more about the Omnipod 5, its features, and its availability, visit Insulet’s FAQ page here.

Matthew Garza
Matthew Garza joined the diaTribe Foundation as an associate in 2020 where he worked on diaTribe Learn and the dSeries Executive Innovation Labs. In February 2022, he helped launch dStigmatize.org... Read the full bio »
HG
Hanna Gutow
Hanna Gutow joined Close Concerns in 2020 after graduating from Swarthmore College with a major in Peace and Conflict Studies and a minor in Biology. Gutow is a guest writer... Read the full bio »
K
Katie Mahoney
Katie Mahoney joined Close Concerns in 2020 after graduating from Williams College with a major in Chemistry and a concentration in Public Health. Mahoney is a guest writer for diaTribe... Read the full bio »