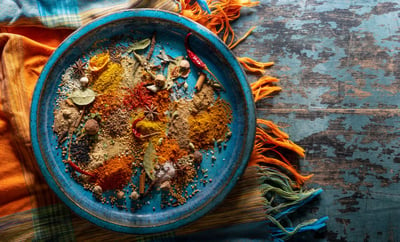 Could the spices in your kitchen cabinet protect or even improve brain health? The research is limited, but you can still enjoy the wonderful flavors and potential benefits that spices have to offer, with these recipes.

Do you feel more nostalgic after the winter holidays? If so, you are not alone! A survey of U.S. adults who celebrate a winter holiday found that flavors and warm spices like cinnamon and nutmeg evoke holiday nostalgia. Since ancient times, spices have been used to intensify food taste, stimulate the senses, and treat ailments.

Today, many spices used to make your family’s winter favorites are being studied for their antioxidant content. Antioxidants are substances that protect your cells from damage. Early animal research suggests that spices may boost memory and learning and prevent brain cell damage associated with Alzheimer’s disease. However, much more research is needed to determine if antioxidants or other compounds found in spices can be used to improve our brain health. In the meantime, you can still enjoy these spices' wonderful flavors and aromas—even if the holidays are over.

Allspice, also known as Jamaican pepper, pimienta, or newspice, is the unripe berry of the Pimenta dioica plant, native to the West Indies, Southern Mexico, and Central America. Allspice contains gallic acid—an antioxidant that has been studied for its potential role in brain health. For example, a 2016 animal study of Alzheimer’s disease found that treatment with gallic acid reduced brain cell damage and improved mental function.

Although allspice tastes like a combination of cloves, cinnamon, and nutmeg, it is not a blend of spices. Try using allspice in spiced tea, cakes, spiced cookie bars, fruit pies, and French toast. Here’s a tasty Spiced Cranberry Relish with just enough allspice to enhance the flavor of your savory winter dishes.

Cardamom, also known as the "queen of spices," is produced from seeds found in plants grown in India, Central America, and Southeast Asia. Cardamom has shown antioxidant properties that help protect brain health. Recent research suggests that cardamom oil may be beneficial in managing Alzheimer's disease.

Cardamom has a sweet, citrus-like, floral flavor but is savory and spicy. Use cardamom in cakes, pastries, stews, soups, and specialty beverages like this Pumpkin Chai Smoothie.

Cinnamon, one of the first known spices, comes from the brown bark of the cinnamon tree. There are many types of cinnamon, but Ceylon and Cassia are the most common. Ceylon cinnamon, native to Sri Lanka, is known as “true” cinnamon. Cassia cinnamon, grown in southeastern Asia, is the most common type sold in North America. Results of a 2016 study describe the ability of cinnamon to change poor-learning mice to good-learning ones by stimulating their brain’s main memory center.

Cinnamon has a sweet and warm flavor, making it great for adding sweetness to food without added sugar. Add a dash of cinnamon to oatmeal, yogurt, milk, toast, and savory dishes such as lamb, pork, and chicken. Try these Carrot Cake Bites featuring cinnamon, ginger, and nutmeg.

Cloves come from the flower buds of an evergreen tree found in Indonesia. Cloves contain a powerful antioxidant called eugenol. Research shows that eugenol may have a role in managing functional disabilities (impairment in memory and motion) associated with traumatic brain injury.

Cloves provide a strong, spicy, sweet, almost hot flavor that numbs your mouth. Wherever you use cinnamon or ginger, you can use cloves. For example, you can use ground cloves in cakes, cookies, gingerbread, muffins, and whole grain pancakes, or in savory dishes like stews, potatoes, and sauces. Cloves are also used to stud baked hams, as a pickling spice, and to make Pomander balls (decorated oranges) that make your home smell amazing.

Ginger is a tropical plant found in Asia, the West Indies, and other tropical regions. Studies demonstrate that ginger may significantly improve mental functions such as learning and improved memory.

Nutmeg is the seed found inside the fruit of the nutmeg tree. Nutmeg trees are grown in tropical regions around the world. Research suggests nutmeg may boost mood and memory and improve mental health.

Nutmeg has a sweet, warm, spicy flavor that lends itself to sweet recipes such as cookies, cakes, and fruit dishes like these Spiced Apples with Walnuts and Oats. However, nutmeg also adds depth to savory dishes.

Although animal research is accumulating, there is no clear evidence that spices will help improve human brain health. However, spices can help flavor foods while reducing added sugar, saturated fat, and sodium, and they can also add to the enjoyment of your food. Using spices in cooking is the best way to benefit from all their health potential.

Tip: Make ahead of time to allow the flavors more time to blend. 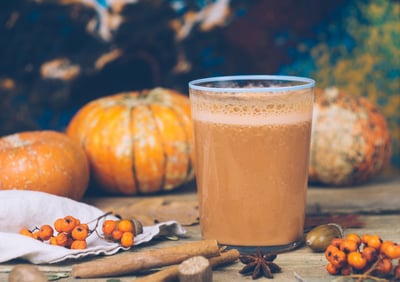 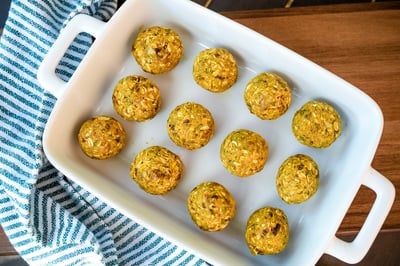 Spiced Apples With Walnuts and Oats 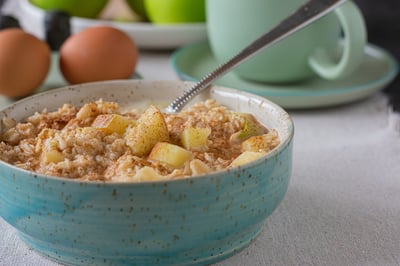 Top with vanilla Greek yogurt (or non-dairy yogurt), if desired.