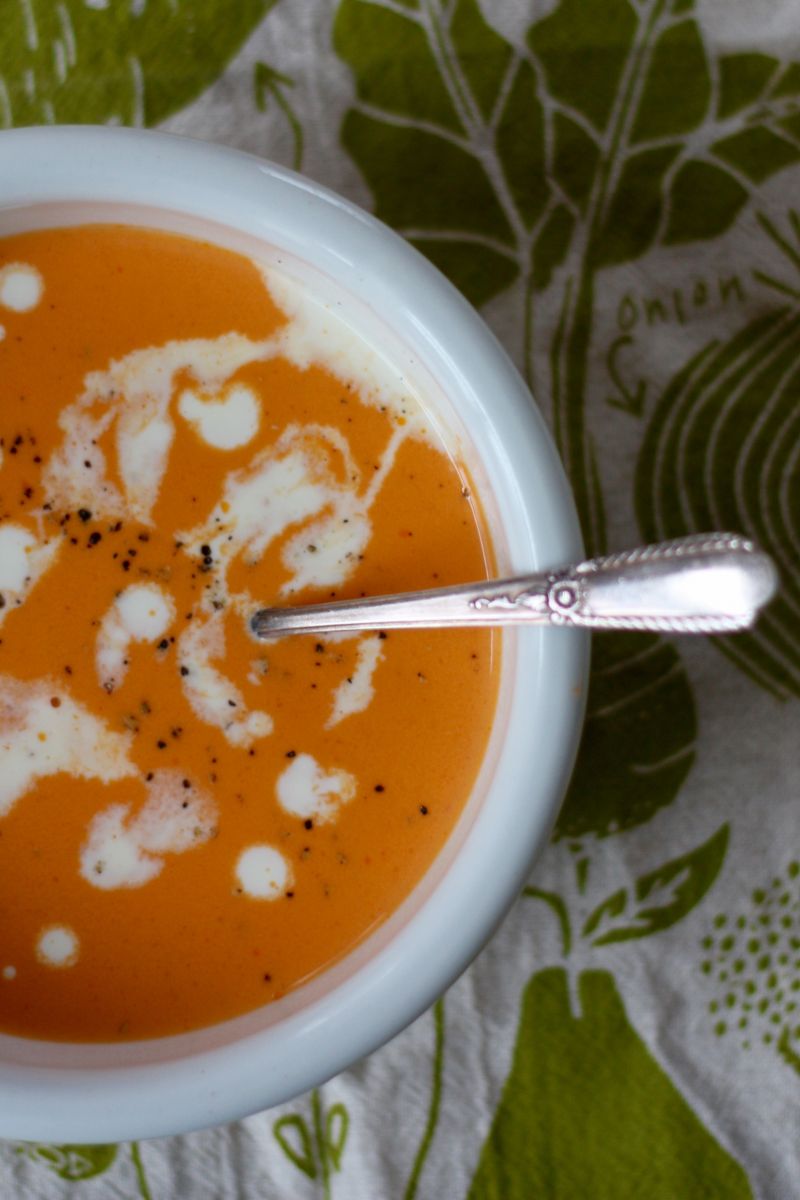 Tomato soup is a comforting classic for a reason: it’s pretty and creamy; it’s tangy and rich; and you know you’re going to like it before you even take that first bite. Plus, this soup takes very kindly to variation. Two favorites of mine: adding a sliced-up head of fennel when I’m sautéing the other vegetables, and/or adding something smoky, such as chipotle puree or smoked paprika. And would a little grated cheddar hurt any? I happen to know it would not.

You’ll see in the recipe a note about adding a tiny pinch of baking soda if the soup tastes too acidic: essentially, the baking soda reacts with the acid—it will froth up like one of those volcano science projects—thereby escorting some of the acidity out of the soup in the form of. . . some kind of gas. (I remembered! It’s carbon dioxide!) Anyway, you won’t need it unless your tomatoes are really not sweet, but it’s nice to have an option besides adding sugar, which we are not doing. (Also, I love to see my own handwritten recipe note, which says, “A pinch of b.s.”)

1 stalk of celery, chopped (with some leaves from the middle of the bunch, if they’re handy)

2 cups heavy cream (hold back a couple spoonfuls for drizzling, if you like)