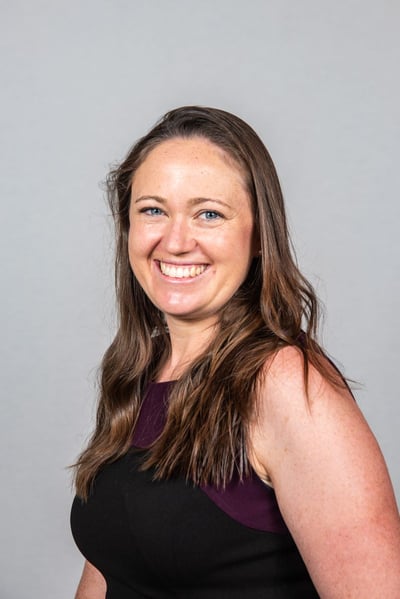 In the diabetes world, many people make inroads by improving the lives of patients, but on occasion, one individual blazes a completely new trail.

In 2009, Christina Roth was a junior at the University of Massachusetts, Amherst, studying psychology in the school’s Honors College while considering a career involving horses – she was a competitive rider in her youth. She also has type 1 diabetes and was trying to balance the many demands of college life while living with a chronic condition. She wondered how other students juggled those demands but had no way to connect with her peers.

Roth asked the nurse practitioner at the school’s health center, who also had diabetes, to email other type 1 students on campus to say that Roth wanted to meet them. That led to a series of informal get-togethers on campus in which about a dozen type 1 students showed up to talk about school, health, and life.

“That was just so freeing,” Roth recalls.

She built a simple website to inform her peers when and where these meetings would take place. Then a funny thing happened. Students from other colleges across the country started contacting her. When they Googled “college” and “diabetes,” her website was about the only link that came up.

Roth realized that the peer support she needed in college was what other type 1 students across the country also needed, and why wouldn’t they?

If you’re diagnosed with type 1 as a child or teenager, you probably rely on your parents or other adults to help manage your health. Then you go to college, and your physical support system effectively vanishes. You have to figure it out on your own – not to mention all the other academic and social pressures of college life.

Roth believed that what she created at UMass – a peer support group of type 1s – could be replicated at schools across America and expanded to include information and other resources for its members. She created the College Diabetes Network (CDN), which in 2010 received 501(c)3 status as a nonprofit.

As she says, “The model had legs.”

Indeed it did. Over the next 10 years, CDN developed formal affiliations with 150 colleges and universities while working with more than 300 campuses overall. The organization now has more than 10,000 names in its database.

“We’re that bridge between childhood and adulthood,” Roth says.

In many ways, Roth was an improbable leader in this cause. She was diagnosed with type 1 as a freshman in high school – on Valentine’s Day – but didn’t thrive in those early years. She grew up in the affluent community of Hingham, on the South Shore of Boston, and received outstanding care at the Joslin Diabetes Center. Nonetheless, she experienced early burnout. It didn’t help that she had a fear of needles. She also wanted to be independent in taking care of herself, assumed too much of the burden, and soon felt worn down. She wanted as little to do with diabetes as possible.

“I didn’t want diabetes to define me,” she says.

But as a freshman in college, she experienced a turning point. She participated in a JDRF-sponsored study for the continuous glucose monitor, and the technology was a medical epiphany. Her blood sugars were in much better control, which gave her more energy and focus.

“In retrospect, it almost felt as if I was living in a fog in those early years,” she says, “but now for the first time, I felt healthy.”

Her improved health made her more comfortable making diabetes a larger part of her life, which led her to seeking out others on the UMass campus with type 1 and ultimately the creation of CDN. Those early gatherings were an opportunity to commiserate and support, to laugh and learn. On one occasion, the group invited representatives from diabetes companies to discuss their products, which they set up on small tables. It felt like a diabetes bazaar. Roth saw that she had not been introduced to all these options, and only now was she seeing them.

This is the way it should be, she thought.

On another occasion, a student described a harrowing low–blood sugar experience, in which she mistook her small white dog for a marshmallow, and all she wanted to do was eat the marshmallow. Retelling the story allowed her to transform a nightmarish moment into something uproarious, and their laughter, together, was liberating.

“Nobody else is going to do this”

Roth graduated in 2011 and took a job at the Joslin Center as a research assistant, with an interest in health psychology and perhaps entering a PhD program. She hoped someone else would assume control of her fledgling nonprofit and was uncertain about what role she might play.

But that summer, she attended the Children with Diabetes conference in Orlando, Florida, where she met Peter Nerothin, who had founded his own diabetes non-profit called Insulindependence. Over a glass of wine, Nerothin assessed the future of CDN. “Nobody else is going to do this,” he told Roth. “Nobody cares. So, if you want this to be something, you’re the only one who can do it. And if you do it, it will probably be the worst decision of your life.”

But he told Roth that if she took over CDN, he would help in any way that he could. (Nerothin knew well the challenges of running a diabetes nonprofit. He shut down his own after a nine-year run.)

Roth re-engaged fully with CDN and, in 2012, quit her paying job, moved back in with her mother, and became a full-time volunteer at the organization. By her own account, she was unqualified to run anything – her undergraduate thesis was on the strengths and weaknesses of adopted adolescents – but she had several superb mentors, including Jeff Hitchcock, the founder of Children with Diabetes: another person who blazed a trail where none had existed.

Roth assembled a board of directors, received grant money from the Helmsley Charitable Trust, partnered with other diabetes organizations, and enlisted corporate sponsors. For any non-profit to succeed, it needs clarity of mission, and CDN’s had that: Young adults with type 1 are isolated, and they need a safe place to share their lived experiences.

Roth was named CEO of the organization in 2013 and was given a salary, and she was able to hire a small staff. They serve as a “touch point” for the many campus chapters across the country. They also produced guides that met the needs of their audience: a guide for the newly diagnosed young adult, a guide for starting college, a guide for starting a first job.

These documents were so effective that health care providers from around the nation printed and distributed them to their own young adult patients.

Now CDN is entering a new expansion phase. Earlier this year it announced that it was rebranding itself as The Diabetes Link, as the original name – College Diabetes Network – was too limiting. Roth wants the organization to be accessible to all young adults with diabetes, and she wants to reach a more racially and socio-economically diverse population. The Diabetes Link is not just about linking young adults. Its website has a robust information hub, with guidance on everything from time in range to hangovers. The organization also sponsors leadership initiatives to help create the next generation of advocates.

Now 33 years old, Roth is preparing for the next chapter in her own life. In college, she worked at an adoption research lab because she thought she would not be able to conceive. Now, she and her husband, Matthew Sleeper, are expecting their first child.

Long out of college and preparing for motherhood, Roth has outgrown the very cohort that her organization serves, but she is not about to abandon the trail that she blazed.

“It was never about me,” she says. “It was about this incredibly huge need and making a difference in people’s lives, and then creating a platform that will outlast all of us.”