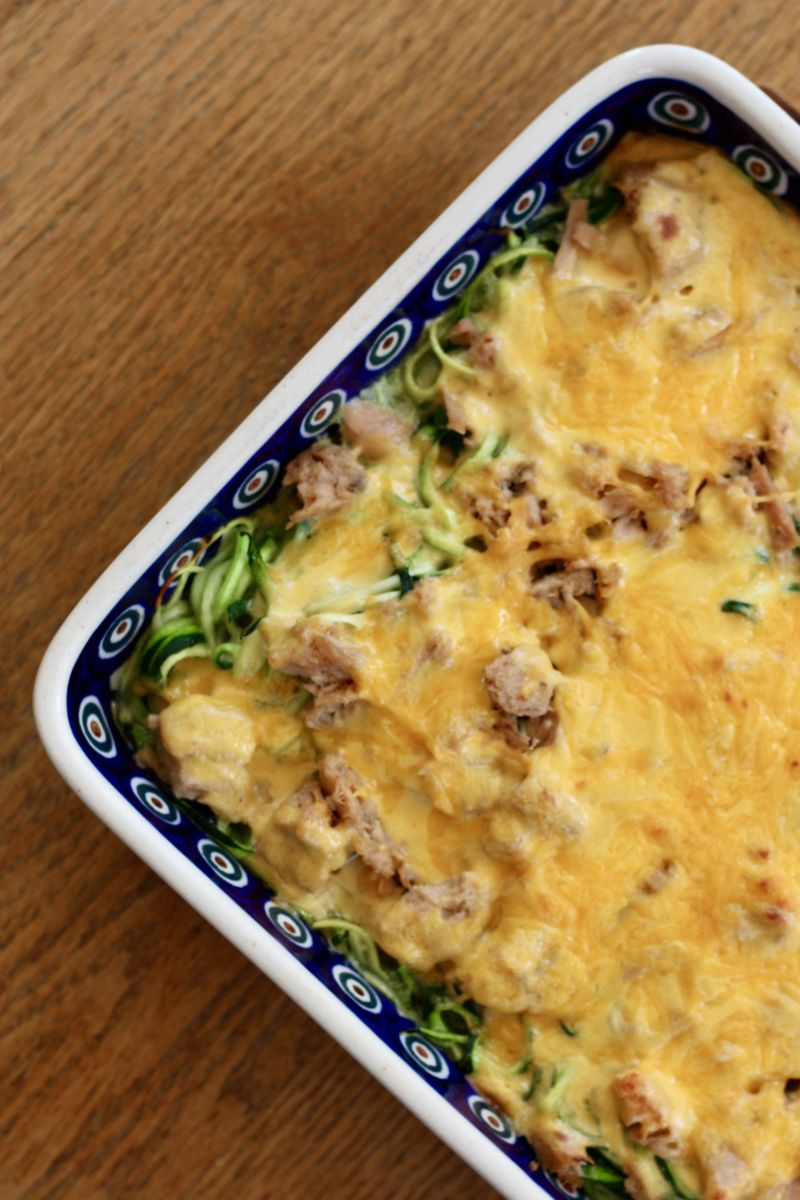 This is an adaptation of my own zucchini-noodle mac and cheese recipe; if you want to make that instead, just skip the tuna. But oh, the tuna makes this so, so good! It will light up almost all of your tuna-noodle casserole bulbs, I promise. Yes, the zucchini is not quite the same as noodles. But it’s actually really good, in its own right, if you don’t think of it as simply a poor substitute. And the cheese sauce is sharp, velvety perfection and comes together easily. The only trick here is trying to convince the zucchini to give up its water before it gets sauced and baked. If, even after your best efforts, there’s a little liquid in the bottom of the dish as you serve it, just go ahead and discretely ignore it.

Lower the carbs: Serve smaller portions. (The dish can quite easily feed 5 people.)

Lower the fat: Skip the butter.

1 teaspoon hot sauce (I use Frank’s)