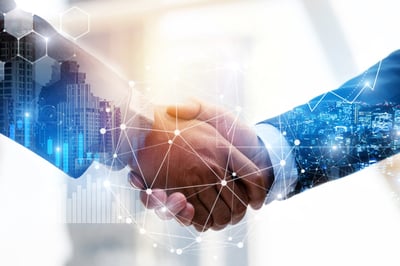 Adding to several exciting announcements in the search for a cell therapy for type 1 diabetes, Vertex announced its intention to acquire ViaCyte. Each company has focused on developing a method to implant insulin-producing beta cells, which could ultimately lead to a cure for type 1 diabetes if all goes well in future clinical trials. To date, the companies have commented on three participants moving through phase 1 and 2 clinical trials.

While several challenges remain in the path toward finding cures for T1D, Vertex’s acquisition of ViaCyte could lead researchers to integrate the most effective parts of each of these therapies. Based on early clinical trial results, the acquisition of Viacyte has the potential to accelerate efforts in developing and improving these possible cures.

Last month, Vertex announced results from the first two participants to receive its beta cell therapy, known as VX-880, at the American Diabetes Association annual conference in New Orleans. The results from the first participant in this early-stage clinical trial were remarkable; only 270 days after receiving the cell therapy, the first participant increased their time in range from 40% to 99.9%, dropped their A1C from 8.6% to 5.2%, and no longer required insulin. The second participant also improved, and researchers are still waiting for 270-day data from this participant. As part of the initial study of VX-880, Vertex also announced that it will be recruiting five additional study subjects.

The beta cells used in VX-880 come from stem cells, or cells grown in a lab that have not yet matured into one of the many different types of cells in the body. One of the biggest victories in Vertex’s work is the ability to grow a seemingly unlimited supply of these cells, which could be used on a larger scale at the population level.

In the past, beta cell transplants required a human donor, which limited the supply. Because both Vertex and ViaCyte use stem cells, however, the companies can potentially create an unlimited supply of beta cells for recipients with type 1. Regardless, the need for immunosuppressant medications has been a significant obstacle toward the advancement of Vertex’s therapy.

The immune system recognizes the different genetic “signature” between these stem cells and cells produced by the body itself, so it targets the implanted cells for destruction.  As a result, people who receive VX-880 must take medication that prevents their immune system from attacking and destroying the newly-implanted beta cells - i.e immunosuppressive therapies.

ViaCyte has pursued several strategies to not only implant functioning stem-cell-derived beta cells in people with type 1 but to also stop the immune system from attacking these cells, without immunosuppressants.

One of these strategies is known as encapsulation. This involves keeping the implanted beta cells in an enclosed “pouch,” physically protecting them from the body's immune cells while still allowing nutrients and oxygen to reach the beta cells. ViaCyte is currently conducting a phase 2 clinical trial on its encapsulated beta cell therapy, known as PEC-Encap. Researchers have spent many years trying to make encapsulation work, and ViaCyte is now taking up the challenge.

Additionally, ViaCyte is investigating an additional therapy called PEC-QT, which uses stem cell-derived beta cells that have been genetically modified to avoid detection by the body’s immune system. The ability to genetically modify these stem cells was made possible by a partnership between ViaCyte and CRISPR Therapeutics, the developer of CRISPR gene-editing technology. This is a Nobel Prize-winning technology that allows researchers to edit the genetic code (or DNA) of a cell with extreme precision. This would be a major win, enabling use of cell therapy without requiring immunosuppressive therapies.

In February, ViaCyte and CRISPR announced that the first participant in their trial had received PEC-QT, marking the first-ever gene-edited, stem-cell derived beta cell implant in a human. To read more about PEC-QT and ViaCyte’s gene-edited stem cell therapy, read our article: ViaCyte and CRISPR Introduce New Stem Cell Therapy for Type 1 Diabetes.

As indicated by its early clinical trial results, Vertex’s VX-880 therapy has potential to become a treatment that may allow people with type 1 diabetes to get off insulin completely. However, Vertex is still faced with the challenge of immunosuppression, a challenge that might be answered by using ViaCyte’s gene-editing and encapsulation technologies. The joining of these two forces in cell therapy may further advance beta cell replacement therapies toward the goal of creating a cure for type 1 diabetes.

For more information about these beta cell therapies and the latest research towards type 1 cures,  read these articles: