What's Making a Splash in Diabetes Technology This Summer? 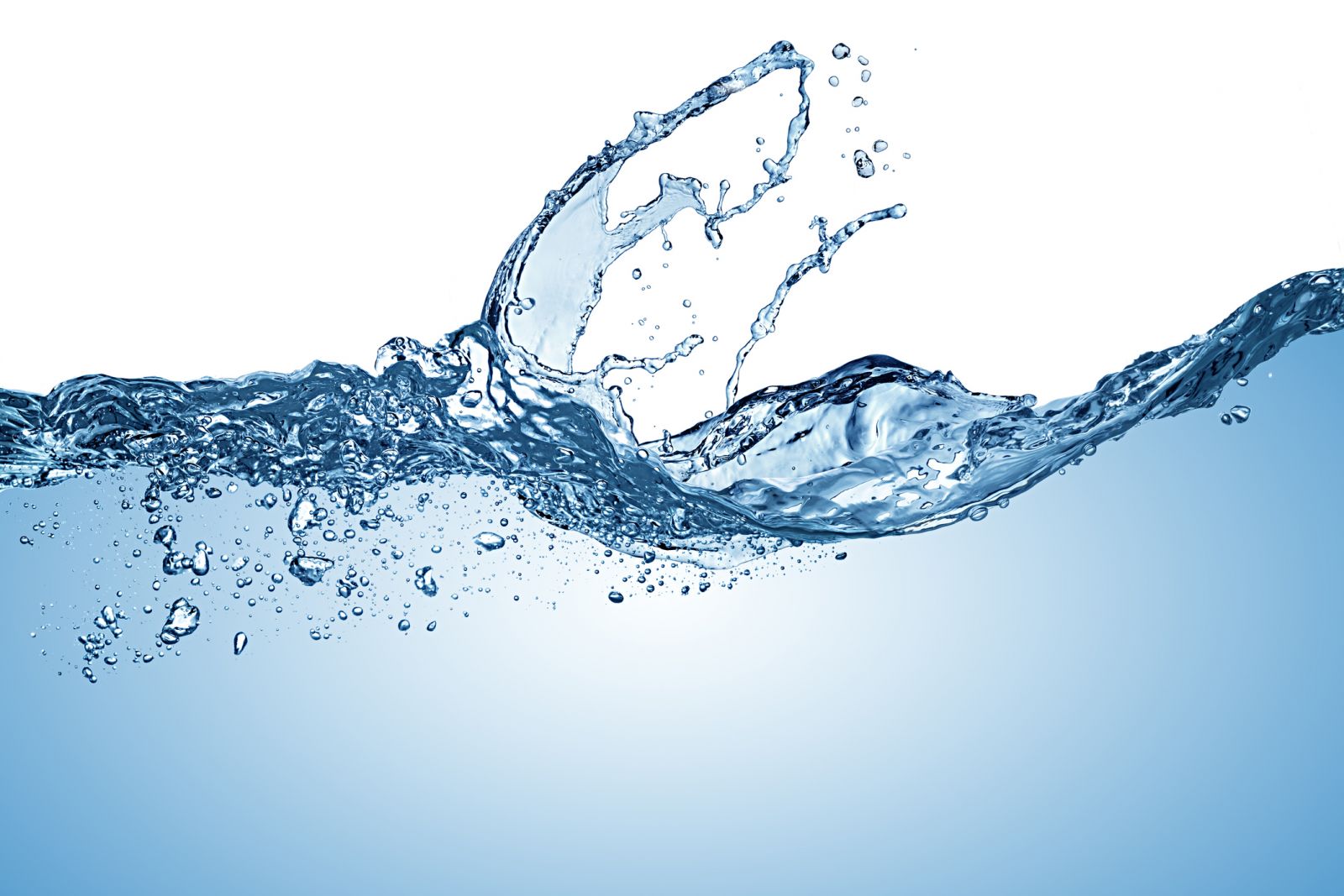 At the recent American Diabetes Association’s (ADA) 77th Scientific Sessions conference, the latest and greatest diabetes devices and apps were on display – aiming to make life easier and less burdensome. Smartphone integration, better automation of insulin delivery, and personalized insights from super computers are just a handful of the advances on the horizon. Read on for the latest on all kinds of diabetes technologies (listed in alphabetical order), and click on a link below to jump directly to a particular update.

Abbott FreeStyle Libre – New data, but no US FDA update

New data on Abbott’s FreeStyle Libre (real-time) 14-day sensor was shared at ADA, increasing confidence in the lower-cost glucose sensor that doesn’t require any fingerstick calibration (see our previous test drive). In the US, FreeStyle Libre remains under FDA review following a submission nearly one year ago; Abbott has not shared a recent update on approval expectations. This device was recently approved in Canada and Mexico and is now available in 35+ countries. It currently has 300,000+ global users.

FreeStyle Libre showed significant benefits for kids and teens. In the trial (aptly named “the SELFY study”), 76 pediatric FreeStyle Libre users (ages 4-17) saw an average increase of one hour per day spent in-range, while experiencing an average A1c drop of 0.4%.

In a real-world study of over 55,000 adult users on FreeStyle Libre in Europe, more frequent “scanning” of the on-body sensor (to check a real-time glucose value) was associated with lower A1cs, less time in hypoglycemia (under 70 mg/dl), more time-in-range (70-180 mg/dl), and less time in hyperglycemia (over 180 mg/dl). Without the hassle of fingersticks, some people checked their glucose up to 50 times per day by scanning the sensor! Consistent with other studies, FreeStyle Libre users took just a few fingersticks per week to confirm the sensor readings, but otherwise used FreeStyle Libre for dosing insulin and making diabetes decisions.

We also saw data on FreeStyle Libre Pro from a study in India at ADA. At multiple study sites, use of FreeStyle Libre Pro drove an average decline in A1c of 1.0%, compared to a 0.7% drop in the control group. The “Pro” version is a blinded, non-real-time system that healthcare providers use. The sensor is placed on the arm of a person with diabetes in the office, and two weeks later, a provider-owned reader device downloads all 14 days’ worth of continuous glucose data (no fingersticks needed during wear, no devices to carry around). This Pro version is currently available in the US – see this diaTribe piece for more details.

The long-awaited Dexcom G5 app for Android officially hit the Google Play store (80 reviews, 3/5 stars) in the US during ADA. This means that Dexcom G5 CGM users who have popular Android devices – “several” from Samsung (Galaxy, Note), Motorola (Nexus), and LG (G4, G5), plus Android Wear watches – can now use the Android device alone instead of a receiver. This comes nearly two years after the Apple version and is a nice convenience win for Dexcom users. Some early reviews have reported challenges with different Android phones; if this applies to you, contact TechSupport@dexcom.com.

Dexcom also updated its Clarity data management app, including a new ambulatory glucose profile (AGP) report, a much-improved mobile app for Apple devices, and updates to the web experience. The AGP report was big news, as it’s quickly becoming the universal one-page CGM data-viewing report (Abbott’s FreeStyle Libre also uses it). The International Diabetes Center developed the AGP report, which includes glucose statistics at the top followed by a glucose “profile” that charts glucose values by time of day. Many users and providers like the profile, as it clearly shows where there are high and low patterns (wide bars) at a given time of day. 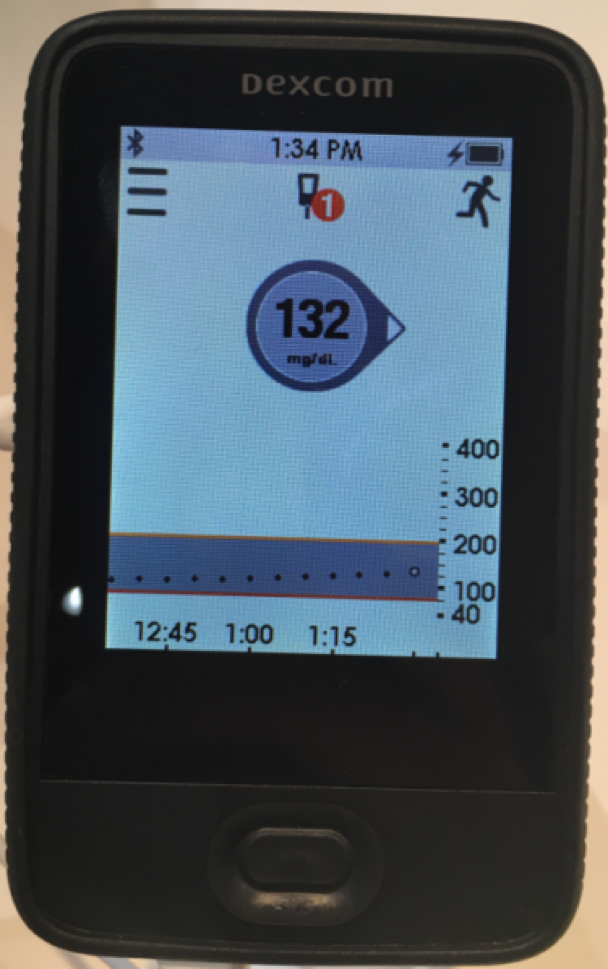 A new, rugged G5 touchscreen receiver was also presented at ADA for the first time. This was clearly designed with durability in mind, as it’s larger than the current iPod nano-like receiver. This design decision was in part to address the Medicare requirement that the receiver last for three years and also address the reliability issues sometimes seen with the current G5 receiver. (G5 users who want something sleek can also use the smartphone app alone and skip the receiver. Unfortunately, Medicare users are required to use only the receiver.) As of Dexcom’s last update, the new receiver is expected to launch sometime in 2017.

Separate from ADA, Apple announced that the upcoming version of the Apple Watch will be able to receive data from Dexcom’s G5 transmitter directly – no nearby iPhone needed. This is a very exciting convenience win, allowing G5 users to view data on their wrist and NOT be tethered to an iPhone (e.g., during exercise, while sleeping, etc.). The Apple Watch update (watchOS 4) is expected this fall, but Dexcom has not announced when they will be updating their app. 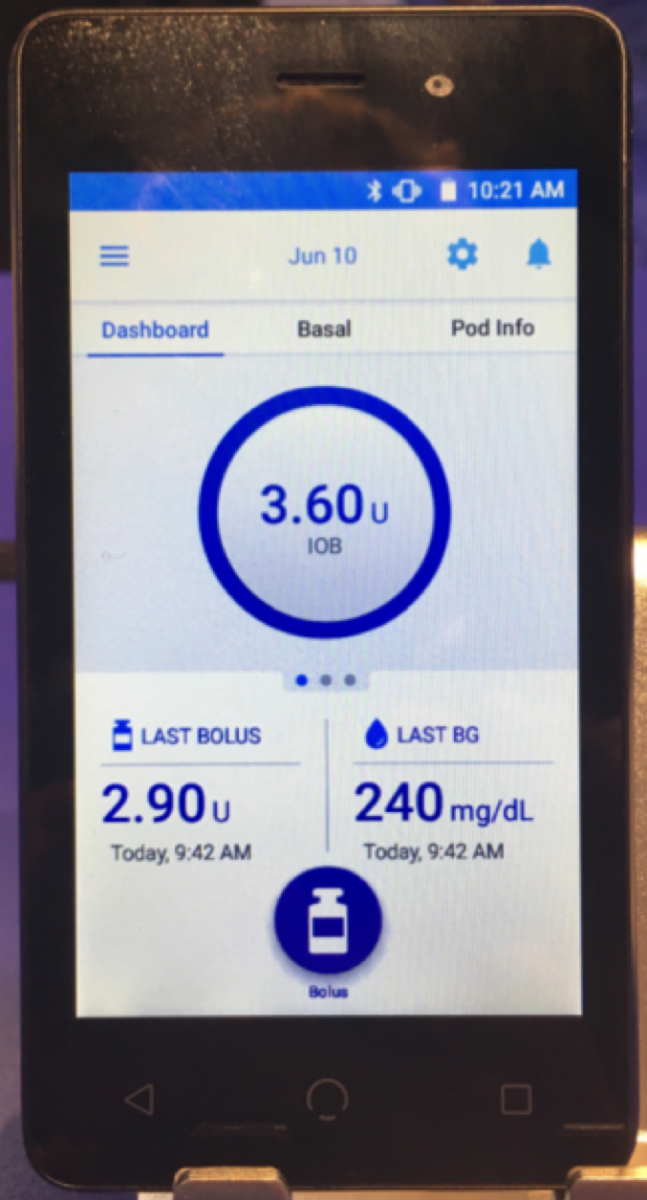 For the first time in person, Insulet showed off the new and improved Omnipod Dash personal diabetes manager (PDM). The handheld is actually an Android smartphone with the Omnipod software loaded, but without cellular capabilities or other apps. It looks much less like a medical device than Omnipod’s current PDM. In addition to aesthetics, the device comes with major functional improvements, including Bluetooth communication with the pod, prominent display of insulin-on-board, last bolus, and last blood glucose on the home screen. Current Omnipod users will notice that there is no integrated blood glucose meter on the new PDM – Insulet has already capitalized on the Bluetooth connectivity of the new device, enabling Dash to receive readings wirelessly from Ascensia’s Contour Next One meter. Dash will be submitted to the US FDA later this year, with a possible launch in late 2017 or early 2018.

Insulet also offered a glimpse into the Omnipod Horizon Automated Glucose Control System’s user interface. The Horizon hybrid closed loop system will connect the Omnipod with a Dexcom CGM and an algorithm built into the pod will allow users to remain in closed loop, even when the PDM is out of range. The system has now been tested in 82 people, including children as young as six years old and performed very well. Insulet hopes to launch Horizon in 2019.

The super sleek OneTouch Via bolus-only insulin delivery patch device was in an exhibit hall for the first time and attracted quite a crowd. The device’s updated manufacturing process has received FDA clearance, which hopefully means it will launch sometime this year (J&J has not commented on launch timing recently). The very slim, body-worn patch device holds 200 units of bolus insulin for three days, and squeezing two buttons on the device delivers two units. OneTouch Via does not deliver basal insulin, meaning those on injections would still need to take a once-daily basal injection.

The MiniMed 670G hybrid closed loop system is now available to consumers. Following US FDA approval in late September, Medtronic began releasing the system to a small group of participants (750 people) in a “Customer Training Phase” in March. Approximately two months into use of the system in the real-world, the results are encouraging: 74% of time spent in-range (between 70-180 mg/dl), only 2% of time below 70 mg/dl, and 23% of time above 180 mg/dl. Average glucose came out to 151 mg/dl, and the users were in “auto mode” (hybrid closed loop; as opposed to “manual mode”) about 92% of the time. All of this data closely resembles data seen in the three-month pivotal trial that supported the device’s approval in the first place (results presented at ADA 2016). Medtronic has begun launching the MiniMed 670G to over 20,000 people enrolled in the “Priority Access Program” (those currently using the MiniMed 630G). This group will receive 670G shipments through the fall, after which the launch will open up to others.

In April 2015, Medtronic announced a partnership with IBM and the Watson supercomputer (the same one that won Jeopardy) to leverage Medtronic’s expertise in diabetes and IBM Watson’s analytical and computational skills. Sugar.IQ, the first app product of this collaboration, analyzes past data to uncover blood glucose patterns and share insights (e.g., “Having Tuna salad? Be aware that you tend to go low when you eat this meal.” or “Planning your day? I see you tend to go low on Saturday between 12 PM and 3 PM.”). As part of a recent “limited learning launch,” 97 people have now used the app for an average of two weeks each, and with encouraging results: Data from 81 of these users shows a solid 37-minute per day improvement in time-in-range, an 11% reduction in sustained hypoglycemia (lasting more than 120 minutes), and an 8% drop in sustained hyperglycemia (lasting more than 120 minutes). Notably, within three days of the app delivering a pattern “insight,” 65% of users have experienced fewer lows and 55% experienced fewer highs. We’re excited for this app to become available for more users (no specific timing is available). A future possible version will add a hypoglycemia prediction feature to warn users of impending low blood sugars hours before they occur.

In a special symposium, the diaTribe team learned of positive preliminary results for Tandem’s Predictive Low Glucose Suspend (PLGS) system, expected to launch in early 2018. In a study, this device combined a predictive algorithm with Dexcom’s CGM and Tandem’s t:slim X2 insulin pump – the simple algorithm works by suspending insulin delivery if blood sugar is expected to be less than 80 mg/dl in 30 minutes, or if the CGM value is currently less than 70 mg/dl. The system resumes insulin delivery once CGM values begin to rise. In the initial overnight hospital-stay study, the system worked 100% as expected, suspending and resuming insulin as expected. Not a single glucose value went below 60 mg/dl, a very good sign that the algorithm is preventing hypoglycemia. Notably, with this system, unlike other insulin suspension offerings on the market, there are no disruptive alarms when insulin delivery is turned off or on, unless the user chooses to activate them. Tandem’s PLGS system will enter a larger trial with 90 users later this summer, with a potential launch in early 2018.

Speaking of Dexcom’s G5 CGM, FDA approval for Tandem’s t:slim X2 Insulin Pump with Dexcom G5 integration is expected this summer. Once this happens, users will be able to update their software (to see G5 data right on the pump screen) for free using the Tandem Device Updater. In what Tandem hopes will be early 2018, PLGS software will also be available to download to the t:slim X2 pump with G5, meaning users won’t have to pay a big upgrade fee to get a brand new pump. 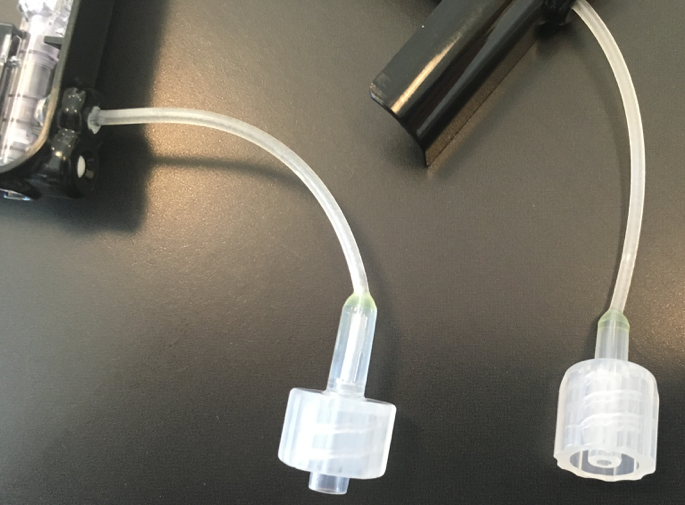 Tandem’s new infusion set connector, t:lock, was also on display at ADA (see picture on right). The t:lock is designed to enhance user experience, reducing insulin waste and decreasing priming time by 30 seconds. Since the old Luer Lock and new t:lock connectors look very similar, the t:lock should feel very familiar to users. However, this means Luer Lock infusion sets will no longer work with Tandem once t:lock is launched. Users currently on a Tandem pump will be transitioned when they reorder supplies.

A number of insulin dose adjustment (“titration”) software partnerships were announced at ADA. These products will take glucose data and algorithms and help injection users figure out how much insulin to take.