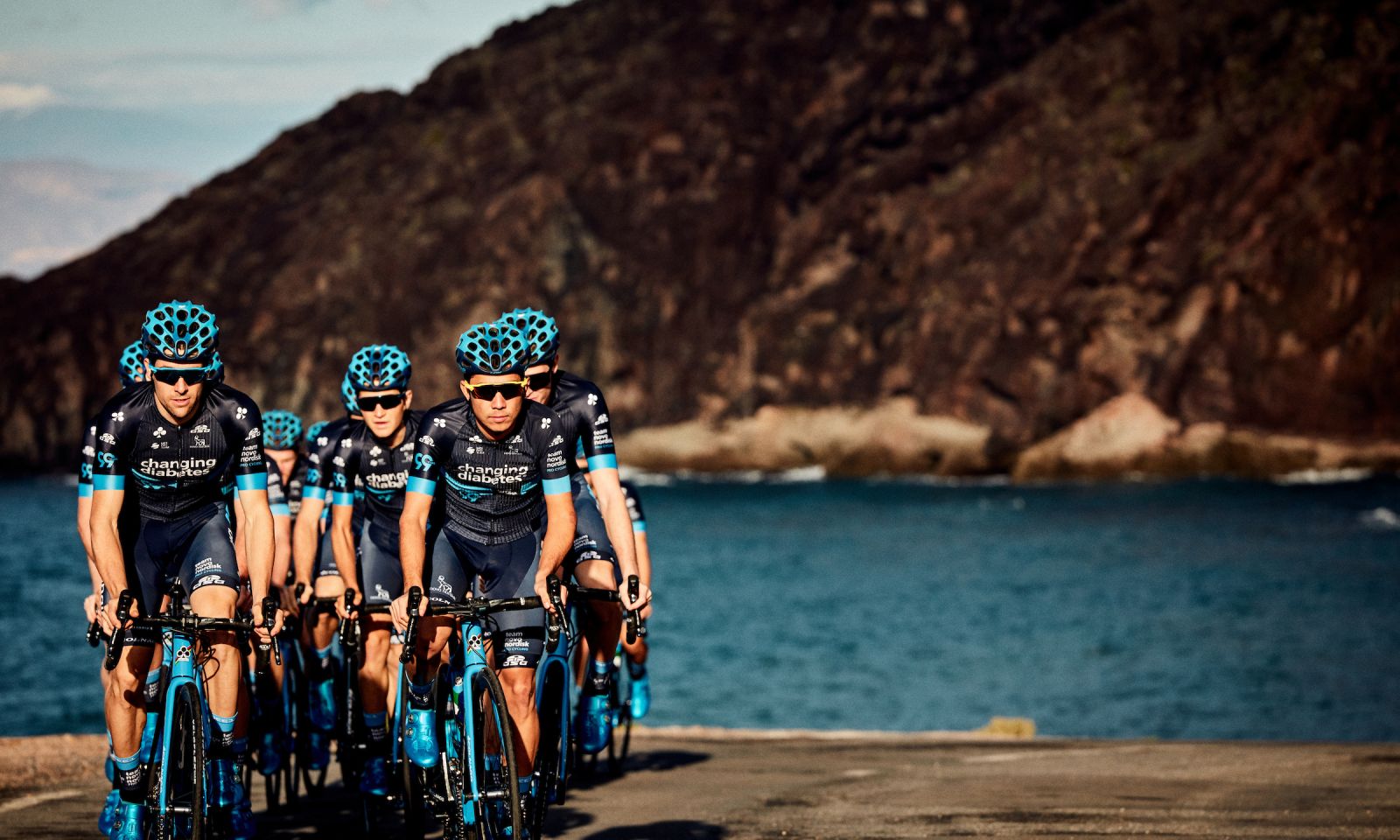 Team Novo Nordisk will continue training and supporting professional cyclists with diabetes, as well as conducting research on diabetes and exercise, for another three years

Novo Nordisk first became involved in the world of professional cycling in December 2012, when it joined forces with Team Type 1 to create Team Novo Nordisk. Team Novo Nordisk CEO Phil Southerland said, “It is through Novo Nordisk’s ongoing commitment to supporting people with diabetes and helping them live their healthiest lives that this team exists. I’m eager to grow, inspire the next generation of heroes living with this condition, and motivate the youth of the world to get active. We know the bike serves as a powerful tool and platform for changing the health of the world.”

Team Novo Nordisk is also dedicated to leveraging research to empower athletes with diabetes. All of the athletes on Team Novo Nordisk wear FreeStyle Libre 2 continuous glucose monitors (CGMs), and 14 of the 16 riders use multiple daily injections for their insulin therapy. Based on CGM data from their athletes, Team Novo Nordisk has published several small studies on how exercise impacts diabetes management and how to improve time in range while exercising.

Earlier this year, Team Novo Nordisk published a study evaluating its athletes while they were competing in the Tour of California. Team members biked between three to seven hours per day for seven days and did not experience hypoglycemia while racing! However, some riders experienced an increase in overnight hypoglycemia during the seven-day race – which the team is working to address.

Team Novo Nordisk also recently published data from a 2019 training camp –its athletes trained for 40 hours over ten days and were able to maintain 76% time in range! Southerland told us that the Team Novo Nordisk athletes “work really hard on diabetes management, but they’re not perfect. Just like everyone else out there, they have high and low blood glucose. But they have the information and the tools so that they can make adjustments on the go and, for the most part, try to stay in range.”

This year, due to COVID-19, Team Novo Nordisk hosted a virtual program, called Talent ID. It included 70 young people (up from the usual 25 participants) with type 1 diabetes. Athletes attended Zoom classroom sessions to develop their leadership skills, did workouts on an app to test their physical abilities, and had group rides every night using an app to connect with other kids with type 1 diabetes, all of which created a cycling community.

Southerland also discussed expanding the program. “We’re working to roll this out to kids with type 2 diabetes who have had a hard time with weight and with fitness,” he said.  “We want to bring these kids together and create a culture of health, giving them the mental support and the physical support needed along with their families to help them become healthier young kids.”

If you want to read more about professional cycling with diabetes, read our behind the scenes story with Team Novo Nordisk at the 2015 USA Pro Challenge and read about the inspiring athletes racing for Team Novo Nordisk.