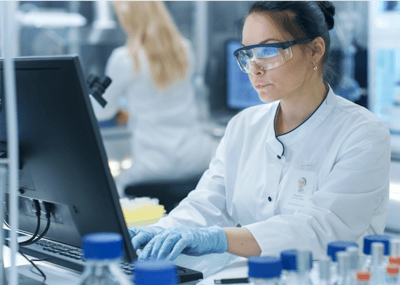 JDRF held its 2020 Mission Summit in La Jolla, California. The meeting focused on the T1D Fund and progress on type 1 diabetes cures and therapies, including beta cell replacement. The world of type 1 has never been as active as it is right now, and JDRF has been a huge player in making that happen. Read on for highlights from the meeting.

The T1D Fund manages almost $100 million and invests in three categories: 1) Improving Lives, 2) Beta Cell Therapies, and 3) Immune Therapies. T1D Fund Executive Chair Sean Doherty called the fund “a different tool in the kit” in JDRF’s larger mission to fund cures for diabetes. Type 1 diabetes and celiac are the only two major autoimmune conditions with zero disease-modifying therapies. Mr. Doherty mentioned this fact as one of the most motivating things driving his work at the T1D Fund as they continue to convince others to invest in type 1.

In 2019, the fund made investments of $50 million across eighteen companies. Here are three new investments since the 2019 JDRF Mission Summit:

JDRF presented results of general population screening for type 1 diabetes among children with pre-symptomatic type 1. Rates of diabetic ketoacidosis (DKA) decreased after widespread screening was implemented. The hope is that if people are diagnosed earlier, they will enroll in treatment trials. This, in turn, could help with the development of new, effective therapies for type 1 diabetes.

Novo Nordisk is one of the companies leading stem cell therapy research. Dr. Stephen Gough (Novo Nordisk’s Global Chief Medical Officer) explained some of the key pieces of these therapies. Pancreatic beta cells, made from stem cells, have to be “invisible” to the immune system so that they won’t be attacked. If the new cells ever become harmful to the body, they can be programmed to die before they become cancerous. Novo Nordisk hopes to test its type 1 stem cells in humans for the first time in 2021.

A panel discussion focused on treating type 1 diabetes beyond addressing high blood sugar levels. Dr. Jeremy Pettus (from the University of California, San Diego) focused on the potential of SGLT-2 inhibitor drugs to support heart and kidney health in people with type 1 diabetes. He also predicts that people with type 1 will be able to manage blood glucose levels more successfully if they take less insulin, as long as they avoid hyperglycemia.

JDRF is meeting with the FDA to get SGLT-2s approved for type 1 diabetes. JDRF’s Cynthia Rice said the organization is building a huge coalition of patients, providers, government officials, industry leaders, and other allies to build momentum on this issue.

FV
Frida Velcani
Frida Velcani joined The diaTribe Foundation in 2019 after graduating from Vassar College Phi Beta Kappa with general and departmental honors. She has a degree in Science, Technology, & Society... Read the full bio »